The Sparkling Ice bottle has been winning top awards at international design competitions, including a gold award in the PDC competition (see PDC beverage roundup, p. 32). "We want to hit the markets where glass is not allowed-vending machines and airlines," says Melissa Wangen, marketing representative of Talking Rain. The bottle, designed by graphics firm Hornall Anderson Design Works (Seattle, WA), displays colored fruit on a frosted bottle, which is more heavily frosted at the body and gradually lightens toward the neck. In an effort to keep a consistent look, the can, supplied by Crown Cork & Seal (Philadelphia, PA), shows the same fruit design in a white frosted look on colored backgrounds that lighten in subtle gradations. The diet version offers colors opposite the regular can. The color gradations are achieved through four-color offset printing. The cans incorporate a blue pull-tab, which is legally required in Oregon and California to indicate that the top is recyclable. As of the November InterBev show, Talking Rain had sewn up distribution for most of the U.S. and all of Canada. Cans are already sold individually through distributors for vending machines. The company hopes to introduce a 24-count package by the end of the year with a suggested retail price of $9.94. 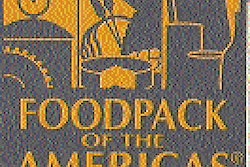 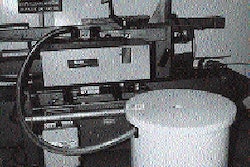 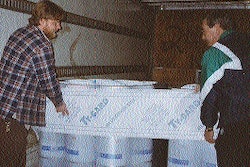