Sterling Anthony
In January, Hershey’s announced that it was discontinuing Ice Breakers® Pacs™ by ending production and allowing inventories to be sold out.

In so doing, the company hopes to end the controversy that has swirled around the product since its launch in November 2007. Hershey's found itself battling drug charges in the court of public opinion, not for manufacturing, distributing, or selling, but for simulating. Critics claimed that the packaging is too similar to the packaging for street drugs, such as cocaine, crack, and heroin.

The product consists of a white, powdery sweetener sealed between two dissolvable strips, resulting in a packet, eighteen of which are contained in a plastic slide-open tray that’s film-wrapped. There are two varieties, orange and cool mint, the trays and packets colored orange and blue, respectively. The consumer places a packet on the tongue, where it dissolves, releasing its breath-freshening benefits.

Now that the episode has played out, it’s worth evaluating what transpired, for lessons applicable to other consumer goods packagers and marketers.

How credible are the charges? Very, given that they have been leveled by various members of law enforcement, who claim that the similarity is instantly recognizable. Those spokespeople have been joined by others of various advocacy affiliations, united in their central charges, namely: the packets are look-alikes to street packets of illegal drugs; and, the tray resembles a magnetic key-carrying box, the kind utilized as a drug container because it can be attached to many places in or around a vehicle.

A fundamental function of packaging is communication; through structure and graphics, it bestows image, personality, and aura to the brand and product. For better or for worse, the resulting perception is reality. Packaging is not a Rorschach inkblot, the respondent’s interpretation unknowable in advance, but rather a stimulus designed to solicit a specific interpretation. When a particular interpretation is far afield, the company must determine whether the problem resides in the packaging or the respondent, the latter a version of the caveat, “Consider the source.”

In this case, the source—most prominently, law enforcement—is unimpeachable; they know whether something resembles the packaging of illicit street drugs, period. A company should not argue the inarguable, for it only harms credibility and makes motives and priorities suspect. Far better to concede and clear the way for more defendable discussions.

The issue of intent. Hershey’s denies that the similarities are intentional. By that denial, Hershey’s shouldn’t be lumped with, for example, the marketers of Cocaine™ energy drink, of a few years ago. The product name, running vertically up the side of the red can, looked as if it had been written with the powder itself. Plausible deniability was out the window, to no regret by the beverage maker, because the strategy was to ride controversy to sales and profits.

There have been instances of look-alike packaging wherein the companies weren’t subjected to allegations of intent. The canister of a leading cleanser resembles that of the leading grated parmesan cheese. Pet food packaging is similar to that of human food. Clear bottles, in and of themselves, don’t automatically distinguish between apple juice and pine cleaner nor between mouthwash and beverage.

If Hershey’s or any other company with a look-alike packaging issue wants to be assigned to the ranks of the unintentional, it should understand that what the above examples have in common is the absence of a competitive benefit stemming from the similarities. As such, Hershey’s should expect that some evaluators will form their opinions in accordance with this question: Did the company have anything to gain from the similarity?

The paper trail. A brand, along with its varieties and line-extensions, typically generates a treasure trove of internal documents that can substantiate or contradict that company’s public pronouncements. Among the documents, the product concept and the package design brief can be quite telling as to corporate objectives. That’s because they identify (or should) the targeted consumer segment and what’s to be done to win it.

When a commenter doesn’t have access to such documents, the company’s Web site might serve in proxy. On the Hershey’s site, the Ice Breakers' page is a black background splashed with orange and blue, remindful of an X-Games poster. The towering copy reads: Prepare for an amazing blast of icy refreshment. On a different page, there’s: Ice Breakers continues to push the envelope and deliver ‘WHOA’ Moments with its gum and mints.
Altogether, the indicators are that the product is targeted to a comparatively young demographic.

Whereas a commenter is limited to speculating the targeted consumer segment, a surer bet is that whatever the segment, the company’s decision was backed by research. One would expect such of even a mom & pop operation and certainly of a major player such as Hershey’s. When a company performs a launch, it’s meant to appeal to certain characteristics of the targeted consumer. An embattled company should be able to justify the appeals utilized.

Ignorance is no defense? Sometimes, an allegation takes the form that if the company didn’t know, it should have. Applied to Hershey’s, the company—unintentional similarity aside, and even assuming an unfamiliarity with how drugs are packaged—remains accountable, due to an expectation that the requisite knowledge should have been uncovered. How? Research. If it's true that the product is targeted to a young demographic, then a certain percentage of that population is drug-savvy, although not necessarily through use. They could have informed Hershey's that the packaging reminded them of what’s used for street drugs.

It behooves a company—facing controversy or not—to assure itself that it’s receiving value from its package design research.  Ripple effects. Ice Breakers is representative of a large and growing trend wherein the product and packaging are so integrated as to make evaluation of one, in isolation of the other, impractical. No company in that category can afford public distrust of its packaging, so powerful and versatile a tool it is in brand-building.
When the packaging draws negative fire, injured is the company’s most valuable asset, the brand itself. The spillover also can effect members of the supply chain, most notably retailers. They never appreciate recalls, for example, and in product liability issues they are often cited as co-defendants.

In general, a company can’t fulfill the potential inherent in such packaging terms as innovative, smart, interactive, green, etc., if the public believes that a company is irresponsible, unethical, or exploitive in its use of packaging.

What now? In addition to denying intentional simulation, Hershey’s maintained that individual Pacs were “clearly” labeled. That's debatable, and in light of the sources of the allegations, it served little purpose. A subsequent announcement was that the company was considering changes; however, no timetable was mentioned. It is to Hershey’s credit, however, that the subsequent announcement of discontinuation was not long in following.

Acknowledgements and corrections are the more visible aspects of defusing a public relations problem. What becomes visible only over time is whether lessons were learned and whether mistakes are not repeated.

Regarding Hershey’s, there’s much reason to believe the affirmative on both counts and that the company will retain its well-earned reputation for social responsibility. 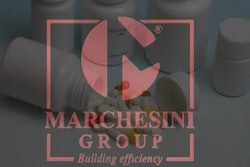 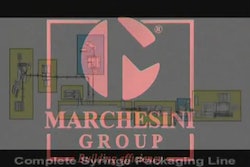 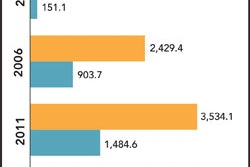 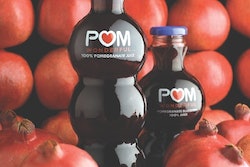 How packaging can support a brand's belief system