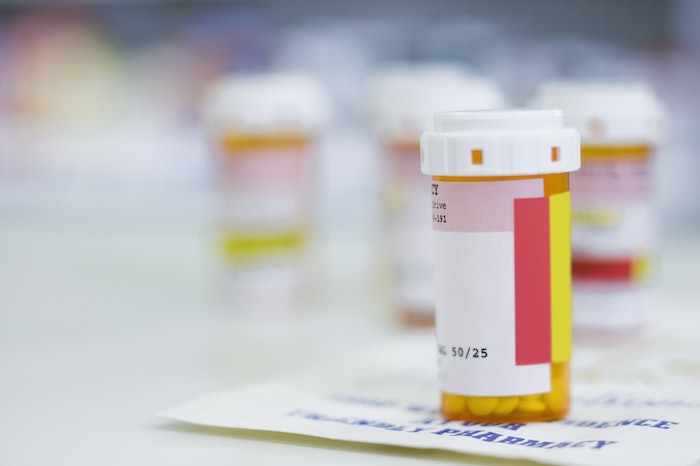 The technologies that make up smart packaging have the potential to deliver significant value to businesses and consumers alike.

For example a 2015 report estimated the global smart packaging market will hit $39.7 billion by 2020, indicating that smart packaging appears to be on the brink of a breakthrough. However, the uptake and use of smart packaging to date hasn’t been universal. Some sectors are grappling with issues around feasibility, cost and consumer demand, but pharmaceuticals represent one sector that looks likely to harness the value and capabilities of smart packaging.

In short, patient safety. Regulation is stringent and quality is extremely important within the sector. Legislation is constantly evolving as breakthroughs in research are made and new technology becomes available. All the while, packaging has to reflect, support, and communicate these changes.

Looking ahead, the pharmaceutical market is expected to experience above-average growth, aided by the commercialization of sophisticated biotechnology-based drugs, which tend to be costly. Also, the increased prevalence of drugs with high moisture sensitivity will boost demand for moisture control packaging. The need for packaging that can provide reminders becomes increasingly valuable as populations age and more of people require medicine and drugs on a regular basis.

The costs may remain prohibitive for many healthcare providers, especially in emerging economies, but smart packaging is already playing an important role in offering patients, pharmacists, and healthcare professionals valuable information about expiration dates, composition, and dosages. With future innovation likely to drive down costs in the coming years, the role of smart packaging is only going to grow.

One of the greatest threats to the pharmaceutical industry and, more importantly, to the lives of patients is counterfeit drugs. Smart packaging is helping to combat this issue.

According to Interpol, the increasing prevalence of counterfeit and illicit goods has been compounded by the rise in internet trade, where drugs can be bought easily, cheaply, and without a prescription. A 2014 report from the Government Accountability Office noted that the estimated number of rogue Internet pharmacies was over 36,000. While the extent and impact of the problem is impossible to quantify, the International Trade Administration estimated the size of the global counterfeit drug market range from $75 to $200 billion, noting it can make up half of all drugs sold in some low-income countries.

Microtext is a solution being implemented in the fight against counterfeiting. It enables words to be printed below or at one-point size, which is almost unnoticeable to the human eye without the help of magnification.

Such approaches are vital in the fight to protect patients from counterfeit and often harmful drugs. However, the print and packaging industries must continue to innovate to stay ahead of illegal producers and keep potentially dangerous imitation drugs out of the hands of unsuspecting patients.

The pharmaceutical packaging industry is expected to grow quickly in the coming years. In 2013, the industry was estimated at around $56.9 billion, led by Europe and North America. Globally, the sector is expected to increase in value by a Compound Annual Growth Rate of 6.5% from 2015 to 2020, according to the 2015 report mentioned earlier.

This growth surge is expected to be led by Asia-Pacific and other markets outside of Europe and North America due to increasing government initiatives, emerging pharmaceutical markets, growing contract manufacturing activities, rising populations, and increased spending on healthcare.

As the pharmaceutical sector’s packaging grows, smart packaging will undoubtedly start to take a greater share of the packaging pie. Our traditional little box of pills has become so much more, ensuring our pills are kept in optimal atmospheric conditions, reminding us when to take them, while also protecting us from the counterfeiters. The prospect of smart packaging illustrates the role that packaging plays as an integral part of the consumer experience.