Food fraud (and related issues) to the forefront

To understand a concept like food fraud, let’s first review some terminology.

The fancy legal word “adulteration” is really just a shorthand for an almost infinite variety of ways in which food or other products aren’t what they are supposed to be. A food can be defined by FDA as “adulterated food” because it contains dirt or bacteria, or because it’s got an ingredient in it that doesn’t belong, or not enough or too much of an ingredient that does belong, among other reasons.

Adulteration can happen by accident, and often does. But it can also happen because of intentional actions by people. Those intentional actions could be inspired by a desire to rip someone off by selling lower-quality product as if it were the good stuff, so-called “economically motivated adulteration, or “EMA,” or the broader concept of “food fraud.” Think of diluting 100% pure orange juice with water, or falsely labeling fish with the name of a different, more expensive species, or mixing olive oil with lower-quality vegetable oils.

Or, more ominously, someone could intentionally adulterate food in order to poison consumers, essentially as a form of terrorism. The term “food defense” is, a bit confusingly, used by policy makers and others to refer to attacks motivated by a desire to harm (rather than to efforts to keep them from happening).

Whether economically motivated or terror-motivated, these intentional actions become defined by FDA as “adulterated food,” and either way, the food ends up adulterated. Packaging and labeling carry the promise of many of the potential solutions to such adulteration.

Now, if you were the kind of person to think about all these different types of adulteration together, and study the problems and potential solutions, this is, historically speaking, your moment.

John Spink might be that very person. He is an assistant professor at Michigan State University (www.FoodFraud.msu.edu) and directs the Food Fraud Initiative there.

He says his work on these issues has evolved over time. “We had an important breakthrough when we shifted our focus from just detecting the result (‘adulterated foods’) to prevention. We needed to shift our focus to the ‘fraud opportunity.’” Involving other disciplines led to more effective strategies, he says. “Engaging the behavioral sciences and criminology to prevent fraud is fundamentally different from reducing a food safety incident or a food defense attack.”

A U.S. government report on the problem appeared in January, and the Food Safety Modernization Act of 2011 included a provision requiring the Food and Drug Administration to make rules to protect food against intentional adulteration (they published proposals last December).

The government study, Food Fraud and “Economically Motivated Adulteration” of Food and Food Ingredients, from the Congressional Research Service, reports on the economic adulteration issue, “the act of defrauding buyers of food and food ingredients for economic gain,” but the report points out that even when money is the goal, safety hazards can be created. CRS says the extent of the problem is not clearly known, because there is no single database or surveillance system tracking the food fraud issue.

Safety hazards might occur when money motivates food fraud, but they certainly are created when the culprit’s goal is to create such safety hazards. In the immediate years post-9/11/2001, there was a lot of talk and worry about intentional, terrorism-inspired poisoning of the food supply, and this recent work in the area can be seen as growing out of that renewed attention.

Spink was a pioneer in suggesting definitions to help distinguish among the different types of problems.

Now, it’s common to think of food fraud generally as actions of persons with access to the food product such as manufacturers and distributors, and food defense as the actions of “outsiders, including terrorists,” says the CRS. Food fraud is motivated by economics while food defense is motivated by a desire to harm. “The motives and actions of the criminals are very different,” he notes.

Spink notes that the FSMA is touted as shifting emphasis to prevention rather than remediation of food problems. Industry, he observes, had already been driven to make that shift for some years by international standards and auditing bodies.

He points out that because there are different motivations for these different types of food frauds, there should be different preventive and remedial measures as well. However, packaging will be front-and-center either way. “We packaging professionals know that packaging is rarely part of the problem and can almost always contribute to the solution. A wide range of packaging technologies—applied strategically—vastly reduce the fraud opportunity for food products.” He points as examples to tamper evidence, serialization or automatic identification, and even complex decorations.

More systematic and scientific approaches to these issues holds the promise of more effective preventive strategies. 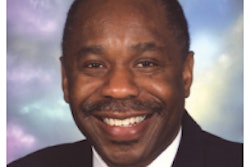 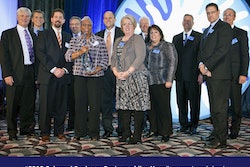 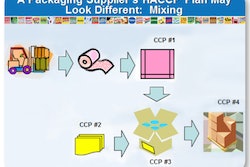 HACCP for packaging: Rules and realizations