Industry wins a Proposition 65 battle but more ahead

For industry, dealing with California’s Proposition 65 reminds me of the advice Harry Potter got from one of his teachers about how to defend against you-know-who: “Constant vigilance!”

Still the only state law of its kind, the formally named Safe Drinking Water and Toxic Enforcement Act of 1986 placed onerous new burdens on anyone who might expose California consumers to any of a long list of chemicals the state determined cause cancer or birth defects (reproductive toxicity), and on those supplying drinking water in California.

First, some background: As ordered by Proposition 65, California officials put together long lists of chemicals that were carcinogens or reproductive toxins, and said anyone exposing consumers to any of them, through consumer products or otherwise, has to provide the consumers with a clear and reasonable warning. So it doesn’t ban the substances, but does require a warning, a scary, hellacious warning, that, for example, “This product contains a chemical known to the State of California to cause cancer.”

As a practical matter, the warning requirement became a ban in many instances, as product makers decided they’d rather go to the trouble and expense to reduce or eliminate the listed chemical than put that awful warning on the label. Others just went ahead and added the warning to their label, and you can see it on some products today, for example on various products at a local hardware store.

Significantly, you can see that warning anywhere in the U.S. That’s because even though the law only requires warnings to California consumers, product makers typically decide to add the warning to the label they use everywhere rather than try to manage two sets of labels in commerce. So California’s law is a national law after all.

As it happens, the law has a built-in defense in some cases for those who would expose consumers to listed chemicals. If the exposer could show the amount involved poses ‘no significant risk’ assuming lifetime exposure at that level for a carcinogen, or would have ‘no observable effect’ at exposure to 1,000 times that level for reproductive toxicants. If the company could show that consumers were being exposed to detectable amounts of the listed chemical, but science tells us that amount is not unsafe, then they would not have to give the warning after all. Better still, for many chemicals the state’s experts published what they determined those safe levels of exposure to be, so that companies could rely on these ‘safe harbor’ levels to assure that they weren’t required by law to give the warning.

California’s Proposition 65 is now a fixture among packagers who need to confirm their products’ compliance with the law. But remember, when someone thinks you have failed to give a required warning about the presence of a listed chemical, they can sue you for damages. Happily, a recent case raising just that type of accusation against a group of prominent food companies did not succeed.

Now, about that case: We first reported about it back in September 2010 after it was filed by the Environmental Law Foundation against 49 food makers and retailers of baby foods, fruit juices, and fruit and vegetable products. The accusation was that the food companies exposed California consumers to levels of lead high enough to require the warning called for by Proposition 65. The California state court judge ruled that no, the lead levels in the defendants’ products were not high enough to trigger the warning requirement.

The defendants argued that federal regulation of lead levels preempted, or overrode, California’s requirements, but they lost that argument. They also argued unsuccessfully that enough of the lead was naturally occurring, trying to take advantage of an exception in the law.

The argument that won for the defendant companies was that their products fell into the ‘safe harbor,’ that is, that they exposed consumers to less than the levels that would have required a warning. In reaching his decision, the judge evaluated each side’s experts’ proposed methods of measuring levels and determining average exposures. The judge wrote of the companies, “Defendants presented substantial evidence that . . . each of the products tested meets the no observable effect test . . . by showing that the average user who consumed their products was exposed to no more than 0.5 micrograms per day of lead, averaged over a scientifically-appropriate period of fourteen days.”

Cases like this continue to plague various industries, and for these food makers the result was welcome news. There are some efforts underway to change the law to, for example, soften its effects on some small businesses, and those efforts could make life a little easier for some of the companies who have to comply with Proposition 65.

In the meantime, however, all companies are well advised to continue their diligent efforts to assure they are in compliance with Proposition 65, through gathering information from suppliers and product evaluations, to help avoid being the next defendant. You know, constant vigilance. 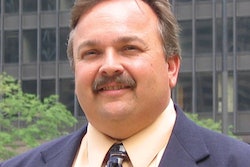 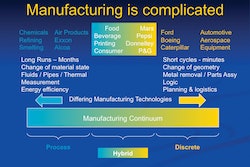 Automation strategies should be shaped according to sectors 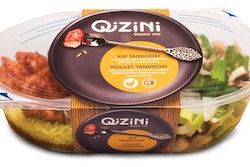