Oberweis sees the light and switches to amber bottles for milk

That long-familiar clear glass bottle of Oberweis white milk that customers have come to know and love has been replaced with an amber glass bottle. The North Aurora, IL-based fourth-generation family-operated dairy company made the change to preserve the taste and quality of these milks, sold throughout the Chicagoland area, as well as central Illinois, Indianapolis, Milwaukee, and St. Louis.

Says the company’s media agency, “This is a risky move from the company, whose iconic clear glass milk bottles have helped them differentiate their products from the plastic milk jugs and cartons sharing refrigerator shelf space. CEO Joe Oberweis feels that strongly about preserving quality and taste that he’s willing to endure any initial criticism or pushback from loyal customers who may not initially embrace the bottle change.” Achieving that taste and quality with no artificial hormones, preservatives, or antibiotics, is due in part to what the company calls a “gentle pasteurization process.” Add in the company’s 90-year-plus home delivery service that brings farm-fresh milk to customer doorsteps within 36 hours of milking and it’s understandable why Oberweis enjoys a loyal customer base.

The amber bottles are provided by Stanpac, and topped with a tear-away tamper-evident plastic band and closure. Stanpac says, “One day, the Oberweis family discovered a shocking truth: that the milk they were selling in grocery stores didn’t taste as good as the milk they sold on-site [at Oberweis retail outlets] and through home milk delivery.

“The Oberweis team realized that it was the grocery store lighting that was to blame. The LED lights used in the refrigerated cases [were] causing the taste to change….Amber glass has the ability to filter out certain wavelengths of light. This prevents the LED lighting from having such a harmful effect on the milk….Those who buy their milk straight from the farm, either on-site or through Oberweis milk delivery, will still enjoy their milk in the traditional clear glass bottles. But those who shop at the grocery store are in for a surprise.”

Searching for the milk at a local Kenosha, WI, grocery store, this reporter saw a note on the refrigerated case door in which the Oberweis milk was selling for $3.89 that read, “Looking for me? I’m new. Same delicious milk, new amber bottle. Light exposure while on store shelves can adversely affect the nutritional quality and taste of white milk. Amber glass bottles shield against these effects, ensuring that the milk you drink is simply delicious. Learn more at www.oberweis.com/amber.” The notice also said, “Refundable bottle deposit. There is a $1.50 bottle deposit added to the retail price of the glass-bottled beverages. Please rinse and return your bottle to the store to have your deposit refunded.” The store also sold the Oberweis chocolate milk, which remains in the clear glass bottles.

A March 1 ChicagoTribune.com story announcing the change noted, “The company tested a number of different options—storing the bottles behind frosted or painted glass, and covering the bottles with plastic labels. It asked grocers to use an amber filter in their refrigerators. It also tried blocking the light by asking stores to install solid refrigerator doors instead of glass—the grocers would have none of it. In the end, after many tests, Oberweis and [its] team took a page from the way brewers preserve the taste of beer—using amber glass to protect it from light.”

Oberweis points to a Virginia Tech Sensory Evaluation Laboratory study in which Professor Susan Duncan found that new LED lights make milk taste better than when it is under fluorescent lights. The study indicates that milk consumption has been decreasing for several decades, with lighting used in retail display cases a possible factor in this decline. One of the nutrients in milk—riboflavin—oxidizes when it is exposed to fluorescent lights. This reaction not only causes the taste to change, but can also reduce the nutritional content of milk.

Duncan said more work still needs to be done on packaging to protect flavor profiles even further, noting, "Every milk-drinking experience should deliver that positive experience." Though improved packaging costs more than the traditional jugs, Duncan said the cost is worth it to maintain the best flavor of milk.

Clearly, Oberweis was willing to change its iconic, shelf-differentiating packaging to an amber bottle to focus on quality issues for its customers. How that admittedly risky move plays out in terms of sales remains to be seen. 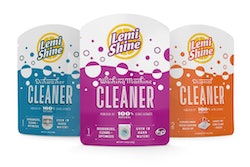 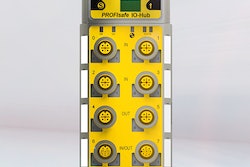 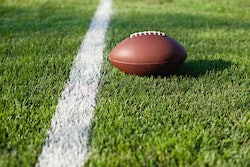 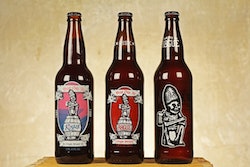