Packaging is at the center of a political face-off

Washtenaw County (Michigan) commissioners approved an ordinance placing a 10-cent fee per take-out bag on patrons of grocery stores, restaurants, and retail outlets. That’s noteworthy in itself, more so in that it applies to plastic and paper bags, the commissioners apparently unpersuaded by sustainability comparisons between the two. The ordinance is slated to go into effect on April 22, 2017──Earth Day, symbolically.

The face-off pits a Democratic-controlled Washtenaw County against a Republican-controlled state legislature, herein mentioned only to identify the sides and not to serve any partisan purposes.

Washtenaw County portrays the issue as one of local control, specifically the right to provide its residents with incentives to eliminate unnecessary waste. Joined by certain environmentalists, the county uses familiar lines-of-attack against plastic bags, starting with the fact that they are sourced from non-renewable petroleum and continuing with: they aren’t biodegradable; in landfills, their fragments can leach into ground water; and, bags disposed of as litter in waterways entangle aquatic life. The county’s objection to paper bags is less multifaceted and can be summarized as a renewably-sourced bag is not as desirable as a reusable bag.

A local recycling facility weighed in, contending that plastic bags don’t lend themselves to curbside programs and get stuck along conveyor belts, resulting in stoppages causing lost productivity and cost increases. The facility’s end-product is the large, compressed cube of waste materials that it sells to other companies, and the more the plastic bag content, the less the cube’s value. (For more about what occurs at a recycling facility, see “A tour of a recycling center,” Packaging Insights Newsletter, June 4, 2014.)

The state legislators who oppose the fee justify their stance on the grounds that it would place a financial burden on the affected businesses, saddling them with unnecessary administrative costs, despite proven efforts by such businesses to promote sustainability in their individual ways. The legislators go on to say that businesses in a county that imposes a fee likely would lose customers to businesses in counties that don’t impose a fee. They also claim that low-to-modest-income consumers would be disproportionately disadvantaged because bag fees would strain already stretched-thin household budgets.

Then there’s the position that a bag fee could pave the way for an unwieldy patchwork of regulations, should other local governments randomly follow Washtenaw County’s lead. The result──so say state legislators──would be an inability of businesses and consumers to stay abreast of a landscape that’s in constant flux. State legislators back their position by referring to the long-established hierarchy of authority across various levels of government: in the event of conflicts, federal law trumps state law and state law trumps local law.

Rare is the political wrangle devoid of all things personal and this one is no exception. Some state legislators characterize the bag fee ordinance as a “money grab” by Washtenaw County.

The state claims a redemption rate of 95%, a number challenged by some who oppose mandatory deposits, maintaining that it’s more of an imposition on retailers than it’s worth. Even if the aforementioned number is too high, it’s likely not by much. That’s because most consumers choose to lug their empties back to the retailer for redemption; plus, there are others who forage for empties for income purposes. Unredeemed deposits revert to the state, which, in turn, sends a portion back to the retailers.

The larger-scale retailers invest in so-called reverse vending machines into which consumers feed empty containers (cans and plastic bottles). The machines crush them and calculate what’s owed. Those retailers, nonetheless, don’t regard the acceptance of empties as a hands-off operation, since the machines require a certain amount of attendance. In addition, the retailers must store the crushed empties until they are picked up by a third-party company.

Who speaks for packaging?

Talk of fees, deposits, and bans──and that’s just limiting the discussion to Michigan! In other states there have been bans on expanded polystyrene containers and mandates for packaging that is compostable, among other initiatives. Arguably, Europe is even farther down the road, relative to revising the regulatory landscape. It all makes the case that packaging has been, is, and likely will remain, a political pawn.

Indeed, in the era of sustainability, packaging is a convenient focus, owed to its ubiquity; however, it’s not enough to decry that there are stakeholders who travel a path of least resistance in forming their opinions. A relevant question is: What are the supposedly more informed sources doing to lend guidance?

True, packaging is fragmented, characterized by intense competition among materials and container types. It’s not the easiest matter to value kinship and recognize mutually-shared vulnerabilities. An incentive to adopt that perspective is the fact that the Washtenaw County ordinance and the Michigan Legislation bill, together, targets paper bags, plastic bags, and other plastic containers.

The various packaging-related trade associations can lend reasoned, objective voices, but only if they aren’t ruled by narrow allegiances. Perhaps even better suited to the task is academia, that is to say, the various packaging curriculums, in the U.S. and international. As an ending comment, it’s ironic that the bag fee issue, and any other state bills about packaging, will be decided in Lansing, just minutes from East Lansing, home of Michigan State University and its world-renown School of Packaging. 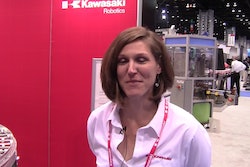 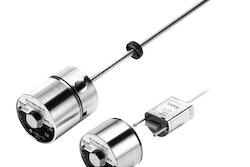 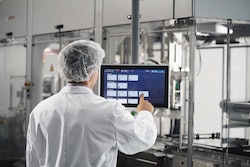