The Flint water crisis, as nightmarish as it is, would be unendurable without bottled water.

“In addition to its convenience to consumers, bottled water has humanitarian value. Whenever there is an emergency or disaster that besieges a population, a standard component of relief efforts is the dispensing of bottled water, to alleviate suffering and to minimize the outbreak of diseases.” Excerpted from, Message in a bottle, Packaging Insights Newsletter, Sept. 2, 2010.

The water crisis in Flint, one of Michigan’s 10 largest cities,─has garnered international attention. In 2013, Flint entered an agreement to get its water from a regional authority, to start in 2016. Until then, Flint was to continue getting its water from the Detroit Water Department. A Governor-appointed Emergency Financial Manager, purportedly to save costs, decreed that during the interim Flint would receive its water from the Flint River, a switchover that began in 2014.

Flint River water, more corrosive than the Lake Huron water supplied by the regional authority and by Detroit, needed to be treated with anti-corrosion agents to prevent lead from leaching from infrastructure pipes. The treatment wasn’t implemented. In the immediate wake of the switch to Flint River water, Flint residents began complaining about its taste, smell, and appearance.

State government repeatedly vouched for the water’s safeness, even impugning the methods and motives of some private-sector health professionals who insisted that the water contained harmful chemicals, the most concerning being lead.

State government eventually conceded to the facts; however, by then, Flint residents had been drinking, bathing in, and making other uses of lead-tainted water, for almost two years. Flint has been switched back to the Detroit Water Department, but the problem persists because the water now flows through infrastructure pipes that have been corroded by river water. Worst of all, every child in Flint has been exposed to lead, a neurotoxin known to produce irreversible, lifelong ill-effects on development and behavior.

The poisoning of Flint’s water is a travesty, government-made and ironic in a time of often-given warnings about the susceptibility of U.S. water systems to being poisoned by foreign terrorists. The travesty has triggered demands for accountability from most and demands for criminal prosecution from some; additionally, civil suits──individual and class-action──are multiplying. That’s the political fallout, sure to extend across the ensuing months, even years. Politics is not the focus of this article; rather, its focus is packaging, specifically, bottled water.

The thousands of palletized loads of bottled water being dispensed to Flint residents help prevent the crisis from descending to yet darker depths. Bottled water, however, is not the solution; that will come when Flint residents once again have safe water flowing from their faucets. Until that overdue event, bottled water will be of welcomed relief. Granted, bottled water has its limitations across some of the many uses for municipality-supplied water; but that concession does not subtract from bottled water’s greatest contribution, that of hydration, vital to life itself.

It would be inappropriate, even exploitive, to promote bottled water on the backs of sufferers, and that’s not what this article is attempting. It is appropriate and non-exploitive, though, to give credit where credit is due, to acknowledge when acknowledgement has been earned.

Notwithstanding its relief role in crises around the world, bottled water is criticized for its sustainability, or lack thereof. The critics believe in their position and defend it enthusiastically; but enthusiasm should not supplant veracity. Sustainability is a systems concept, the net result of trade-offs among its components of planet, people, and profits. Definitely, bottled water’s relief role in crises addresses the people component; nonetheless, it’s the planet component that draws the heaviest fire.

While it’s true that bottled water is packaged in plastic, derived from petroleum, a nonrenewable resource, it’s just as true that: plastic is made from a by-product of the petroleum refining process; plastic consumes less petroleum than a variety of other uses; water bottles are source-reduced (light-weighted), a pillar of sustainability; and the plastic used, PET, is recyclable, another pillar of sustainability. Untold millions of bottles of water will flow into Flint throughout the crisis. The state should contract with private enterprise in an organized drive to collect the empties for recycling.

According to industry statistics, Americans consumed 50 billion bottles of water last year. It’s reasonable to conclude that the overwhelming majority of that consumption was under non-emergency conditions. Such consumption can only be explained by the fact that consumers have great regard for the most precious of resources, in bottled form. When critics decry the numbers on the basis of how much ends up in landfills, or worse, as litter, the false inference is that there is no acceptable solution other than a ban on bottled water. The residents of Flint are thankful that no such ban is in place.

Another criticism is that bottled water is unnecessary, in light of certain alternatives. One argument goes, those who drink bottled water, judging it to be better tasting than tap, should install filters. The state has distributed filters to Flint households; however, making water more palatable is a different challenge than making it non-toxic. Recorded levels of lead in Flint’s water exceed the parts-per-billion rating of the filters. Separate from their effectiveness against lead, the filters don’t fit bathtub faucets and showerheads; therefore, they don’t solve the problems of rashes and other skin eruptions that Flint residents attribute to bathing in fouled water.

The reality of an American city mired in conditions more associated with third-world countries should kindle our empathy, more than that, our outrage, regardless of our professions. Additional to those sentiments, those of us whose profession is packaging-related should feel proud that packaging is contributing to the relief of human suffering. 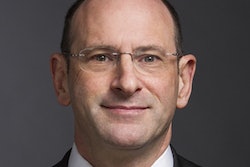 FDA un-regulates pizza packaging products: A good example or a bad one? 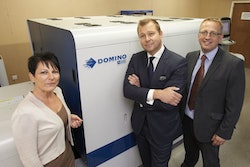 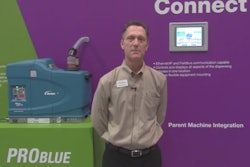 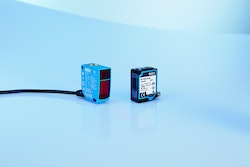