I’ve had packaging controls and integration on the brain lately. It’s hardly any wonder.

Not only am I finishing up some remarks on packaging automation trends I’ve been asked to deliver at the annual ARC World Industry Forum. I’m also putting the finishing touches on lining up speakers who will deliver presentations at the Packaging Automation Forum, a unique event scheduled May 4 in Chicago that is jointly sponsored by this magazine and by Automation World, our sister magazine.

So what’s shaking in the world of packaging controls and integration, that occasionally mysterious but all-important place where backplanes, DIN rails, and distributed I/O are all the rage? It was put to me this way in a recent conversation with a very large food manufacturer.

“It used to be that you didn’t need to know much more than how many cases went out the door each shift or each day. Now we need to focus on uptime and productivity and debottlenecking. Knowing why we didn’t put out more cases per day is more important than knowing how many cases went out that day. What are the root causes of downtime and lost productivity? These are the metrics we’re after now.”

The market forces driving our business so relentlessly in this direction—where integration, automation, and real-time data are so important—aren’t about to let up any time soon. Let’s face it, packaging machinery has got to be smarter than it ever was. And so does the next generation of technicians, machine maintenance experts, and engineers. Which brings me to Nick Wilson and Purdue University Calumet. As some of you know, this Hammond, IN-based satellite of the internationally respected Purdue University system has what might be the first four-year Mechatronics program in the U.S. Had Wilson, president of Morrison Container Handling Solutions and vice president of PMMI’s Board of Directors, not pushed for the creation of the program, it might not exist today.

“Not only did he come up with the idea,” says Niaz Latif, Purdue Calumet Dean of the School of Technology. “He’s provided financial backing and technical support on an ongoing basis. He has also gone to considerable personal expense to fund an endowment in support of the new program.”

According to Latif, Wilson brought together more than a dozen packaging machinery manufacturers to equip Purdue Calumet’s mechatronics laboratory with $500,000 worth of high-speed packaging machinery. This will provide students with hands-on experience in developing practical solutions to challenging problems in the areas associated with the analysis, applied design, development, implementation, and oversight of advanced electro-mechanical systems. These are the skills that will help packaged goods manufacturers identify the root causes of downtime and lost productivity.

Wilson was by no means alone in supporting the development of Purdue Calumet’s mechatronics lab. But he was the one who recognized the need and got the ball rolling. “The packaging industry will not be the only one to benefit,” says Wilson. “Other industries will, too.”

And the young recipients of Wilson’s contributions? It would appear they’ve been inspired. A three-student mechatronics team from Purdue Calumet received the top prize in the inaugural PMMI U Student Design Contest at Pack Expo Las Vegas last fall. The students share a $4,000 scholarship.

One last note on that Packaging Automation Forum I mentioned earlier. In addition to speakers from General Mills, Perrigo, Lion Nathan Brewery, Mars, PepsiCo, and L’Oreal, we’ll have aseptic juice processor Q4 Integral Services describe an ERP solution that is delivered over the Internet. It might be the first application of SaaS (Software as a Service) in the packaging sector. If manufacturing, IT, or operations is your thing, you want to be there. 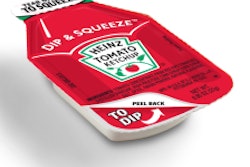 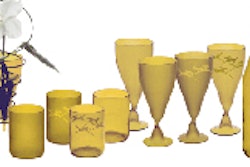 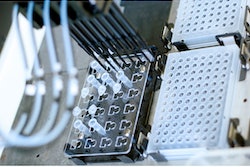