Through the years, the town of Ballina in County Mayo, Ireland, has been known for a number of things. There’s the 15th century Rosserk Friary, the ruins of Moyne Abbey, and salmon fishing in the River Moy that runs through the heart of town. In recent years, it's also been known as the home of Coca Cola’s Ballina Beverages.
Much of the advanced equipment used at Ballina Beverages is designed and manufactured by Odenberg Engineering, with offices in Dublin, Ireland. Odenberg, in turn, relies on its subsidiary, Tricon Automation, to handle process control.

In a recent upgrade to the system, the Odenberg/Tricon team chose the OPC DataHub from Cogent Real-Time Systems Inc., based in Georgetown, Ontario, Canada, to construct custom log files for tracking and archiving their alarms. They wanted to combine the live data from each triggered alarm with a text description of the alarm, and then log the results to a file. The alarms were being generated by an Allen-Bradley system from Rockwell Automation Inc., Milwaukee, and the 1,500 alarm descriptions were stored in an Excel spreadsheet. Each row of the final log would have to combine the time, date and code of a triggered alarm with the corresponding description of that alarm.

After considering several different scenarios, the most effective approach was to connect the OPC DataHub to Rockwell Automation’s RSLinx using its OPC server, and then to read in the alarm condition strings from a text file (instead of from the spreadsheet), using a DataHub script. The same script writes the data to the log.

“We got the basic system up and running in a few hours,” says Gus Phipps, team member from Odenberg, “which was good, because we were working under a tight deadline. Cogent helped us out with the DataHub scripting, but we were able to do most of the work ourselves. It went surprisingly quickly.”

“Using the DataHub’s scripting language let us customize it to exactly meet our needs,” says George Black, Tricon’s project manager. “It is very flexible, and yet completely robust. It is months now since the project was completed, and the OPC DataHub continues working away merrily every day, just doing its job. We plan to use it again in other projects very soon.”

To see the main story this sidebar was taken from - "Optimizing Wireless Diagnostics with OPC" - please visit http://www.packworld.com/view-24360 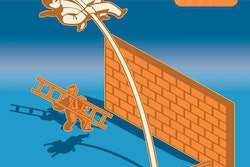 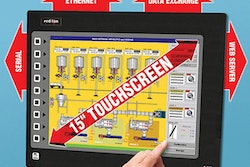 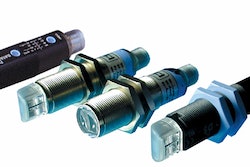