The packaging industry is heading toward greater networking, but there are some potential pitfalls and roadblocks along the way.

In theory, the argument is well nigh irrefutable.  But how does it play out in the real world, the place where production demands trump other concerns and the best available, rather than the most elegant, solutions have to be found on a daily basis?

It’s a question that doesn’t lend itself to a simple answer. Packaging operations are too various for that. Gehl’s Guernsey Farms Inc., of Germantown, Wis., is the nation’s largest low-acid, aseptic dairy packaging facility. Its 750,000 square foot plant houses 15 packaging lines encompassing every method of aseptic processing available today: steam infusion, steam injection, tube in tube, tube in shell and swept surface. An array of diet and nutritional shakes, cheese sauces, puddings and pie fillings, and iced coffee drinks are produced, some under the Gehl Foods name, some as supermarket brands or for fast food restaurants and convenience stores. Beverage cans, single-serve cups, pouches and bag-in-box packaging rolls off Gehl’s lines—a total of 2 million servings per day. As with most packaging plants, machines from multiple vendors are employed, including Hassia cup filling and Goodman form/fill/seal equipment, and Douglas case packers on the beverage lines and the cup fill line.

“The actual communication network across our packaging lines varies greatly,” says Greg Dake, control engineer at Gehl’s. “That’s largely based on how long the machines have been in the plant, coupled with how advanced some of the machine suppliers have been in terms of communication networking.” Dake says Gehl’s relied largely on Allen-Bradley’s proprietary DH-45 network, still in use in parts of the plant, before moving to DeviceNet.

“We use DeviceNet quite heavily on our new installations, primarily for control of two different types of applications. The first would be variable frequency drive enclosures, commonly provided by our OEMs (original equipment manufacturers), that are controlled through a DeviceNet network, and then we have long conveyor wiring runs that reach multiple sensors over long distances. We typically use DeviceNet with those to minimize cable length.” Dake also cites the reliability of DeviceNet, and the fact that because so many vendors support it, adding new devices to a DeviceNet network is relatively easy.

“Right now at the back end,” he continues, “our packaging lines don’t tie back to our ERP (enterprise resource planning) or MES (manufacturing execution system) systems. The next level up for the packaging lines would be local personal computer-based HMIs (human-machine interfaces) or hardware-based HMIs.”

Because it is an aseptic packaging facility, Gehl’s must maintain particularly stringent quality assurance practices, which include close monitoring for process variance. A key component of that is its centralized historical database. “The centralized historical database is the primary higher level system for the packaging lines because it allows us to do advanced troubleshooting. To link with it, you need some type of centralized network, and in our case, it’s Ethernet.”
Fast, easy, supportable.

“Ethernet for data collection is easy, it’s fast, and it can be supported by multiple groups within an organization,” says Dake. “IT (information technology) and engineering can both typically support it. We have several different types of behavioral networks or protocols in our plant, including Profibus, ModBus and DH-45, and we have many different types of controls, but the common denominator in most cases can be Ethernet, either through the natural gateway that a PLC (programmable logic controller) processor will provide or via local managed Ethernet switches. You don’t need a hardware gateway to get the data to the centralized database, so Ethernet has cost advantages when you’re talking about accessing it for data collection.”

However, as is usually the case with plants that have been in operation for some time, there are legacy systems at Gehl’s, and some of these older systems aren’t suitable for Ethernet connection. Their data are transferred to the historical database via the direct driver from the PLC, or as OPC data, based on the OPC connectivity standard, from the PLC.

As for control, Ethernet, in Dake’s estimation, is not quite the easy sell that it is in data collection. “As far as Ethernet for control goes, we are just starting to get into some of that. We are heavy users of Allen-Bradley products here and we’re starting to embrace their EtherNet/IP protocol, particularly in conjunction with remote I/O (input/output) racks. We have made that jump—and it is a bit of a jump, because with Ethernet, it’s no longer just plug-and-play like it used to be. Now you have to use managed Ethernet switches and actually control the traffic so you don’t end up with broadcast or multicast traffic on your network.
“With control, though, it really depends on the application. There are applications where you don’t want Ethernet because it isn’t truly deterministic. You would go with something like ControlNet, where you would have scheduled communication, as in packet A having to get between points B and C within a predetermined amount of time.  Ethernet does that pretty well, but it’s not the best. However, where we can use it, we will always try to use Ethernet because it is cheap and it’s simple and it can be understood and supported by multiple groups within a company.”

Gehl’s uses several approaches to manage traffic and maintain security on its network. For one thing, it employs virtual local area networks (VLANs) to create logical separations within the physical network. “We think this is less ‘black magic’ than some of the standard approaches to the broadcast or multicast problem,” Dake says. The company also segregates its plant floor through the use of a router to control traffic between its business and production networks. In addition, it has configured certain switch uplink ports to shut down if traffic reaches levels that have been determined to be excessive and thus indicative of a broadcast or multicast problem.

“When you talk about security, it really comes down not to the technology, but more as a procedural function within an organization,” Dake maintains. “Security is only as good as an organization makes it.”

It is in the area of standardization, specifically regarding the OMAC Packaging Workgroup (OPW) Connect-and-Pack Guidelines that Dake departs most noticeably from what might be termed official wisdom. The guidelines from OMAC, the Open Modular Architecture Control Users Group, include PackML and PackTags. They provide for a common look and feel across packaging line functions, including control and HMI, as well as higher-level functions such as MES and ERP, with simplified communication between different vendors’ equipment using OPC over Ethernet. Potential benefits of this commonality include reduced engineering, installation, and training time and costs, as well as increased packaging flexibility—no small matter in a globalized and rapidly changing packaging market. So as comedian Jerry Seinfeld might say, “What’s not to like?”

And yet, Gehl’s is not on board with the OMAC initiative. “We standardize where we can, but we don’t buy, typically, more than one piece of equipment at a time,” explains Dake, “so it becomes difficult for us to dictate to the OEMs exactly what we want. The OEMs generally have a standard machine, and we usually don’t deviate from that.”
He cites the fact that Gehl’s is a heavy Allen-Bradley user and would like all of its packaging machine vendors to supply an Allen-Bradley PLC control system with their machines. Insisting on that, however, would incur a hefty charge if A-B weren’t a vendor’s standard control. “Coupled with that is the fact that they may not be as willing to support that change after the purchase,” Dake adds.

Gehl’s is certainly no small fry. It has invested nearly $100 million in its plant in the last seven years. Yet as Mike Sowieja, Gehl’s vice president of engineering notes, “The problem with insisting on a particular standard is that unless you are a large entity with resources beyond a single facility, if you force an OEM to deviate from their preferred standard, you essentially assume responsibility for that piece of equipment, because every one of their techs who walks into your plant will say, ‘What is that? I’m not familiar with that.’ Consequently, I would have a tendency to go with the OEM’s standard.”

David Bauman, technical director for OMAC, knows that acceptance of the various aspects of Connect-and-Pack is, in part, a numbers game. “The biggest issue is getting a critical mass of packaging OEMs, as well as users, to see the benefit and to start using.” Once that happens, it becomes a de facto standard, something that is generally made available with the equipment whether it is asked for or not, like Ethernet connectivity.

He admits there’s a way to go. “The acceptance is coming slow but sure. Most of the major control suppliers have embraced the technology pretty well, and there is a large degree of acceptance among the large, multinational packagers. Those users are trying to leverage and take advantage of a world-class packaging operation.” He describes this as a networked operation that provides real-time information on production, reliability and quality.
“You need that information if you are to get from what we think of as the typical packaging line, which might be running at 50 percent to 60 percent reliability, to a world-class packaging operation that would be running at nearer 90 percent. And you also need to tie into your business system so that your manufacturing and business systems each know what’s going on. The larger companies are trying to move to that sort of world-class packaging system because they see the benefit of it. For a variety of reasons, the smaller companies typically haven’t gotten there yet, but I believe we will see more of them move in that direction.”

Paul Brooks, networks product manager, Europe, Middle East, and Africa, for Rockwell Automation Inc., Milwaukee, notes, “Ultimately networks are about carrying information. It’s not the network’s technology that is so valuable, it’s the information that the network carries.”  That is one of the main reasons why Brooks and Rockwell value the commonality and consistency made possible by the OMAC initiatives. “By having that consistent language, those consistent data structures, and by having consistency in the meaning of information on either side, the network is able to deliver its true value, which is in the information.”

The benefits of commonality also favor Ethernet. “That’s one of the reasons why people are specifically valuing Ethernet, because Ethernet is technology that they are comfortable with; they understand the design requirements and the application. For those reasons, Ethernet is the network that has the best opportunity to be a transparent network and to enhance the flow of information throughout the enterprise.” 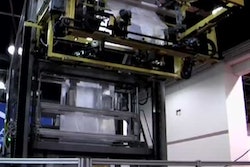 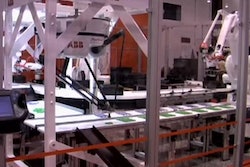 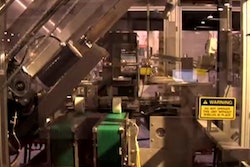