The first-ever Pack Expo Brasil 2000 in São Paulo combines a major packaging expo and an industrial technology show with other events like the Brazilian Packaging Congress.

For the first time, the name Pack Expo, owned by the Packaging Machinery Manufacturers Institute (Arlington, VA), is being applied to a new exposition, Pack Expo Brasil 2000, to be held Sept. 12 to 15 at the Intl. Trade Mart in São Paulo. Primary sponsor is ABRE, the Brazilian Packaging Assn.; coproducers of the Expo are PMMI and Grupo Brazil Rio (São Paulo, Brazil). ABRE plans to stage the exposition each September.

The packaging exposition will be co-located with Techno Plus 2000, a show sponsored by the Brazilian Assn. of Machinery Manufacturers. This show focuses on processing equipment advances for markets as diverse as food processing to computers and software. Combined, the two shows expect to attract 15ꯠ attendees to a total of more than 400 exhibitors from Brazil and other countries. The shows will be open from 10 a.m. until 7 p.m. Sept. 12 through Sept. 15. A list of exhibitors will follow this preview.

During the first two days, Sept. 12 and 13 (CHECK DATES), ABRE has organized the 9th Brazilian Packaging Congress in the Trade Mart’s auditorium, plus an exhibition of some 19 companies showing new technologies and packaging products. The theme of the Congress is “Add value to the product.”

Individual sessions will include: Analyzing the added value of packaging to the product and its company; Sleeve labels help products differentiate; How packaging can optimize transport, distribution and shipping; Packaging for export of produce; Packaging and the Internet; Novel packaging for new products; and Packaging for specific market segments, such as the elderly. Speaker names were not available at press time.

Also during the show, the Brazilian Assn. of Contamination Control will hold a symposium Sept. 14.

The exposition will also include a number of pavilions. Along with the pavilion sponsored by PMMI for U.S. companies, other national pavilions will be from China, Germany, Chile, Italy and Canada. VDMA, the German Machinery Manufacturers Assn., will present both German companies and Brazilian companies with German heritage. VDMA will also hold a workshop on Sept. 14. 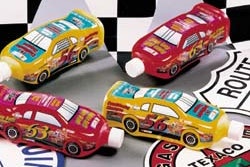 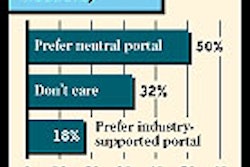 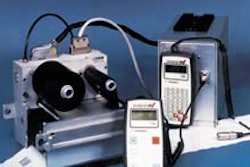