Taking a cost-effective approach to drug and biologic shipments

Knowing your product’s stability requirements, distribution temperature/humidity factors, and your risk tolerances are critical in successful shipments of temperature-sensitive products. 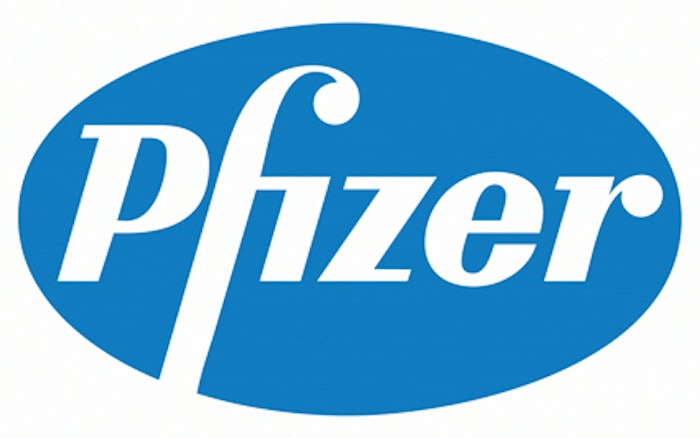 Temperature-sensitive pharmaceutical and biologic products have tremendous medicinal and economic value. Getting them from the manufacturer to the patient requires considerable care throughout the distribution chain. The distribution process can range from shipping a single vial from a distribution center to a doctor’s office all the way to transporting multi-million dollar pallet loads of products across country.

Both scenarios involve quite different risk tolerances, according to Geoffrey Glauser, director, Global Packaging Technology at Pfizer. Glauser made a presentation entitled, “Temperature-controlled packaging for biopharmaceuticals, the cold chain, and the regulatory environment,” at the May 27 Healthcare Packaging Conference & Workshops event in Princeton, NJ.

Maintaining product stability throughout the distribution chain is critical, as are economic considerations. Understanding your distribution environment, he says, is imperative to satisfactorily shipping temperature-sensitive products.

“If you have some flexibility in your stability requirements, you can incorporate them into your package design,” says Glauser. For example, he says that if the product doesn’t require strict 2°C to 8°C temperatures, there’s an opportunity for cost savings in the distribution chain. “Shipping in that temperature range can double your costs compared to shipping at 2° to 13° C or 2° to 16° C,” he says. Finding a satisfactory balance between over- and under-engineering packaging is challenging, and it’s not uncommon for companies to over-engineer packages for sensitive, expensive pharmaceuticals and biologics.

“Package design and material choices can be made based on information you’ve acquired by developing a database of weather patterns experienced in the distribution of your products,” says Glauser. Often, he notes, packaging is designed to protect products left out for long time periods in extreme weather conditions. That can result in over-engineered, costly solutions.

“A package is often exposed to the outdoors for comparatively short periods of time,” he explains. “So if you were to design a package that needed to go to Saudi Arabia, you would not necessarily design it to sit on the tarmac there for 96 hours since it’s only going to be out for four to six hours.”

Following Good Manufacturing Practices is a given, he says. A qualification methodology process involves determining whether to use an insulated container with refrigerated gels and frozen gels, or some other passive method of cooling—perhaps an active system with compressors and heating units, such as on a transport truck or an aircraft container that employs an active temperature control such as a portable heater or refrigerator in the aircraft.

In developing a product stability profile, you must test and document what your product can withstand up to x degrees for x amount of time, know what the heating and freezing points are, and what the degradation points of the product are.

Companies need to determine shipment quantities, and how packaged product will be loaded onto a truck or airplane to better understand airflow patterns from top to bottom and front to back in the tractor-trailer or belly of an aircraft. “If you block airflow you are not going to get consistency across the load,” says Glauser. Maintaining proper temperatures is challenging he says, noting that “Home refrigerators are not validatable because anybody can come and tweak the temperature control. When you talk about pharmaceutical validation and the strictness of 2° to 8° C temperature control, many hospitals, unfortunately, buy refrigerators that look and function similarly to the ones that you have in your home.”

Glauser says that after a company completes its design testing and finds an appropriate solution, regulators will observe the process. “You’ll want to show that it works in a laboratory condition, and you’ll want to document your process in terms of bracketing of mass, time, and temperature. So you decide what your minimum and maximum volume mass load is going to be, what your minimum and maximum temperature requirements are, and time factors, such as if you want it to just last for 24 hours or 120 hours. Packaging designs for beyond 120 hours are somewhat fruitless because you don’t want to put a temperature-controlled material into transit for more than 120 hours in a passive mode. You should be able to get product to any point in the world in 120 hours with proper planning,” says Glauser.

That planning involves developing a quality and regulatory document that contains acceptance criteria similar to what would be used for just a validatable package, “although we call it qualification in this instance because the parameters are not as strict, nor can they be followed as strictly as true validation,” he says, pointing out that it’s imperative to note the difference between validation and qualification, which includes weather exposure during transit with nonGMP carriers such as Fedex, UPS, and DHL. “You can’t validate them, good as they are, because they do not follow pharmaceutical GMPs and associated quality programs such as Six Sigma methodologies all the time,” Glauser says.

The Pfizer speaker recommended that manufacturers develop pack-out diagrams that identify product and package configurations in terms of the flow of materials across the distribution chain. “Employ efficiency experts to do this if you can’t do this internally,” says Glauser. “Create deviation documentation and preconditioning parameters to document factors such as how long do you keep your gels in a refrigerator or in a freezer prior to putting them in a box? You want to make sure they are stabilized and fully preconditioned.”

Following design and operational qualification steps, companies need to prove that their products ship satisfactorily in the “real world.” Extreme temperatures, delays in customs, and preparing for unknown issues require documentation. Glauser says, “About 95 percent to 98 percent of the problems that happen in international transit have entirely to with administration and nothing to do with customs people opening packages.”

Going back to economic-related issues, he says some companies still look at their temperature control packaging and test it for every single package configuration that they have—whether it’s a bottle, a vial, or a syringe. Again, there is a tendency among some companies to over-engineer. For example, designing packaging materials for 300 hours in transit “just to be safe,” when your documentation shows real time transit is 72 hours. “Things do happen, so if you build in some buffer time for 96 hours,” he believes, you have some cushioning, without over-engineering and over-spending.

Glauser suggests using data from the International Safe Transit Assn. (ISTA), which has standard temperature profiles for transporting both domestically and internationally. “They provide good summaries of what you can expect for temperature-controlled shipping and transit within the United States and internationally. They give general temperature profile guidelines for that.” For mapping and bracketing temperature ranges in different seasons and different global regions, Glauser recommends using average extreme highs and average extreme lows, which are available on various Web sites, including the National Oceanic and Atmospheric Administration’s National Weather Service.

Glauser offered several other best practice suggestions during the Healthcare Packaging Conference & Workshops. Among them were the following:

• Customs handling. If you put a passive package with frozen and refrigerated gels into a refrigerator, and the frozen gels are not thawed, you stand a chance of freezing the product. Check into the guidelines from the International Air Transport Assn., Chapter 17 for temperature-controlled materials.
• Cargo holds. In the cargo staging area, tarmac considerations and cargo hold temperatures must be considered. Cargo holds have heaters in them, although pilots can turn them off. But in general they’re kept on so that you don’t encounter deep-freeze temperatures.
• Ground transport. Regulatory agencies seek information that demonstrates that your product ships from Point A to Point B with the temperature controlled satisfactorily. You need to have proof of temperature, so use a temperature monitor and know that it has reached its destination satisfactorily.

Glauser concluded his presentation by telling the audience that it’s up to pharmaceutical and biologics product manufacturers to assist regulatory professionals. “Regulators want summarized methodology, and they want graphical summaries as well. They want to see the actual temperature profiles of your laboratory tests, your performance qualification tests, and your real transit information. Products will not likely be approved unless you have this in your files.”

The in-person event, taking place April 11-13 in San Diego, CA, will offer the latest in transport packaging and logistics. Check out the pre-Forum training sessions, too!
Mar 27th, 2022