The temperature-sensitive logistics market is in a state of flux (note the shift from Cold Chain to Cool Chain) and there are many more questions than answers here at the 12th annual Cool Chain Logistics Europe 2013 in Basel, Switzerland, the center of pharmaceutical manufacturing in Europe.

There is no doubt the cold chain is evolving to include every range of temperature control, with a special focus on Controlled Room Temperature (CRT) for drug maker’s ambient products.

A quick poll of the IQPC event audience revealed many end users and solutions providers, but few regulators—who really need to be here!

Regulatory authorities are getting tougher as countries such as Australia and Saudi Arabia hold up shipments due to temperature variations, quarantining them until they are offered proof the drugs can withstand temperature extremes.

There is also increased focus on the last mile of distribution, which now includes not only the clinic or hospital, but also extends to the patients who need better training on how to store their temperature-sensitive drugs.

• More technology and more solutions providers are entering the marketplace, but add to the “static.” The goal, according to keynote speaker, Dr. Ravi Prakash Mathur, director of Supply Chain Management for Dr. Reddy’s Laboratories in India, is to separate the signal from the noise.

Linear change, he said, is urgent in the short-term, is efficient and predictable and repeatable.  Managing linear change is restructuring to close the performance gap. It is for today.

• The blockbuster paradigm is gone.  According to Dr. Mathur, in the next six years patents will expire on drugs generating $267 billion in sales.

Not only has generic competition changed the landscape, but more sophisticated, flexible production techniques will change drug development.

• Non-linear change resets the table, Dr. Mathur told the packed house.  Staying where you are in not an option.

• Pharmaceutical and biologic drug manufacturers looking for a road map from regulators are going to have to wait a little longer, at least in the European Union!

The new EU GDP (good distribution practices) guide is due out any day, said Riekert Bruinink from the Dutch Healthcare Inspectorate.  Bruinink is a member of the EMEA (Europe/Middle East/Africa) GDP drafting group.

It should be noted that his comment about it coming out any day drew laughter from the crowd, who have been waiting two decades for an update in a world that has changed considerably.

• In 1994, outsourcing was the exception. There are many more stakeholders involved today. Many drug manufacturers have shifted from national to global distribution. Distance, and a greater fluctuation of temperatures, means more risk.

• And there are big worldwide problems with the quality of medicines. Bruinink mentioned an incident in Lahore, Pakistan in 2012 where more than 120 heart patients who were supposed to receive Isotab-20, died from receiving adulterated doses, which contained toxic levels of anti-malarial medicines. The drugs were produced in Pakistan with no control.

• More on the new EU GDP guide: It will serve 27 member states and 500 million inhabitants. The guide is structured to harmonize with GMP as much as possible, with two new chapters dealing specifically with transportation and brokers.

Inspectors will be educated on the new guide throughout 2013, with inspections starting 2014.  Bruinink stressed that many manufacturers have been proactive and will have relatively little trouble. But some, he said, will have a lot of work to do.

• A comment and question from the audience: From a global point of view, these are EU guidelines. Is the U.S. Food and Drug Administration aware of what you are doing?

Answer: A good question (more laughter). It is important, someday, to have worldwide regulations.  This would be best for globally acting companies, but for the moment, this is a bridge too far. There has been no harmonization with the FDA.

• Christelle Laot, a Technical Fellow with Fedex Express shared the following statistics with the crowd, on what logistics professionals were concerned about:

• All through the day audience members posed thoughtful questions that drew partial or non-satisfactory answers from speakers trying to do their best.

Example: GSK has 1,300 trucks.  Do we have to qualify each vehicle? How do we load, full, partial, etc? What about extreme seasonal changes in climate, etc? How often do we have to map? Is it necessary for each truck?

The answer, basically, was “having a lot of data is good.  You have a lot to think about to make the right decisions.”

• Another question regarding mapping storage facilities:  If we are measuring product continually at the carton level, why must we map the storage facility at all?

Answer: regulations require that you still have to do it at least once.

In fact, there was a lot of debate about shipping versus storage. If a plane is delayed on the tarmac is the drug being shipped or stored? If a truck stops for the night, is it shipped or stored? Turns out if it isn’t moving, its in storage.

One audience member told an amusing anecdote about choosing a plane with a temperature-controlled cargo hold. However, at the last moment a dog in a cage was put in the hold and the pilot adjusted the temperature to make the dog more comfortable! Turned out to be one very expensive dog!

• Crossing borders adds to confusion. If you are shipping from the EU to Brazil, what standards do you follow?

Sometimes a lack of definitions causes confusion. For instance, what does room temperature mean in Central America vs Canada? In South America vs Northern Europe?

• In a roundtable discussion of risk-based assessment, one participant mentioned having thousands of variations of containers, lanes, country regulations, and a mixture of paper and electronic documentation.

The question developed, how can an organization develop one centralized, simplified approach that can be reused everywhere?

• Most participants agreed that the package itself has to be tested and qualified for the worst-case scenario.  Testing the lanes with any certainty is almost impossible.

Testing lanes across the globe begs for mistakes. Are all the data monitors in the same place on the load? Do all operators understand what is trying to be achieved? If the testing is not standardized, what are the real findings?

One participant reminded the others that you do not have to requalify what you already know. That experience can help you start bracketing your findings to apply to other drugs with similar stability characteristics and qualify packages and lanes based on your real data, not tests.

Tomorrow I answer the riddle, what shipping method accounts for 35% of cargo value, but only .5% of volume? 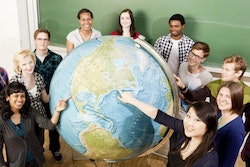 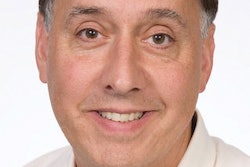 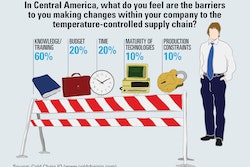