At the risk of overdramatizing, the food label is a continuing cauldron of controversy.

This month we’ll take a close look at one ongoing controversy, though there are plenty to choose from. For example, in future columns, we might examine how best to name non-meat alternatives to meat; lawsuits over allegedly false label statements and “slack fill”; FDA’s temporary allowance of labeling flexibility for edible oils (due to both shortages and COVID); and the “food as medicine” movement.

The topic we examine this month is the effort of the U.S. Food and Drug Administration to develop a graphic symbol that packagers could voluntarily add to food labels to denote, when a food is “healthy.”

Individual foods are complex, and so are their labels. It has long been a goal of policymakers and consumer advocates and even some food companies to try to distill all that complexity down into a single, simple message about a food’s goodness or less goodness. Easy? Goodness no.

A typical food label contains required elements like its list of ingredients and Nutrition Facts, plus, often, voluntary statements about nutrients in the food, or its health effects or effects on the structure or function of the body, among many other possible statements.

While it might be easy for us all to agree that fiber and protein and vitamins and minerals in food are good for us, while saturated fat, sodium, and cholesterol aren’t, it’s much harder to agree on how to create a single thumbs-up or thumbs-down in a way that’s fair to all foods.

FDA announced the start of the current effort in 2019. Most recently, at the end of this past March, it announced that it plans to conduct a survey and an experimental study to gauge consumer responses to front-of-pack symbols that would convey that a food is “healthy.”

Along the way, it has collected information on over 20 different graphic symbol programs being used by individual manufacturers, retailers, organizations, or governments around the world. They feature a variety of color-coded data sets with various words, letters, and numbers. Many of them incorporate optimistic-looking check marks.

Interestingly, FDA already has in place a regulation that defines “healthy” and related terms like “healthful” and “health.” That regulation says those terms are an implied nutrient content claim, because they imply something about the food’s contents—but what, exactly?

Well, the regulation, 21 CFR 101.65(d)(2), tries to put its finger on that, but reveals the trickiness of the endeavor. It says that “healthy” means the food “is useful in creating a diet that is consistent with dietary recommendations,” then lists criteria including food types, levels of fat, saturated fat and cholesterol, and specified levels of sodium that the food must meet in order to qualify, plus one or two other specifications. By the time you finish reading the thing you’ll be begging someone to create a simple graphic symbol.

That regulation’s very complexity should have been a clue that this effort wouldn’t be easy. An examination of some of the public comments submitted on this topic last year reveal even more complexity.

For example, the Consumer Federation of America doesn’t like that FDA restricted its research to an icon for “healthy,” and would rather it would “broaden its research task to include traffic light, nutrition scoring, warning symbol, and other [front-of-pack] label standards.” They say that “may better assist consumers to make healthy choices and better motivate product manufacturers to make healthier foods.”

Similar themes are sounded by the Center for Science in the Public Interest (CSPI), another consumer advocacy group, which petitioned FDA to develop some kind of “simple, interpretive” front-of-pack nutrition labeling system way back in 2006. CSPI laments that FDA overlooked that “The existing scientific literature suggests that a voluntary ‘healthy’ symbol would not be as effective as other [front-of-pack nutrition labeling] systems at improving consumers’ food choices and diet quality.”

Pointing to the experiences of other countries who have used “endorsement logos that appear only on the healthiest packaged foods….; traffic light labels, star ratings, and genuine daily amount…labels that appear on all foods; and warning signs that appear only on products with high levels of calories or unhealthful nutrients,” they note that European office of the World Health Organization cautions “that endorsement logos alone can have unintended adverse effects and advises that countries adopt…systems that provide evaluations of product unhealthfulness, as opposed to systems that provide only positive judgments.”

One perspective that drives home the importance of avoiding oversimplification is that of the American Beverage Association, which represents companies that make or distribute soft drinks but also bottled water and water beverages, ready-to-drink coffee and tea, sports and energy drinks, juices, and fruit drinks. That group likes the idea of FDA trying to help consumers “make informed dietary choices and construct healthful diets.”

But they’d want FDA to revise its definition of what constitutes a “healthy” food first, then move toward finding an appropriate symbol. They say they want any “healthy” symbol to “enhance consumers’ understanding of the nutritional profile” of the food or beverage, and avoid “discriminating unjustifiably between food and beverage categories,” as well as “reinforce portion balance and a ‘whole diet’ approach” and promote hydration.

FDA will continue to examine this idea, with lively input from industry and consumer representatives alike, but it’s already clear that if you’re trying to summarize complex information in a way that’s useful to consumers while also fair to food packagers, such a seemingly simple idea isn’t simple at all. 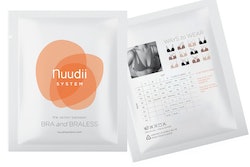 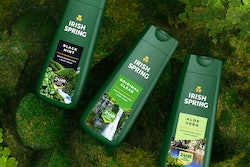 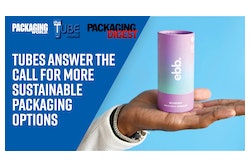 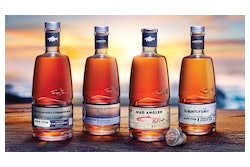