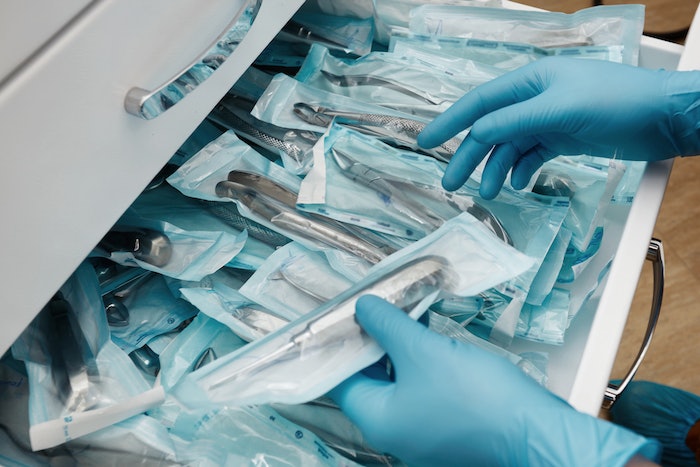 The four areas of focus for the programs within KiiP are: The Last 100 Yards, Aseptic Handling, Speeding Things Up, and Sustainability.

Kilmer Innovations in Packaging (or KiiP) is a sterility assurance value chain collaborative effort focused on medical device packaging with the intent of fostering bold, unprecedented innovation. Their slogan is “solving wicked problems in healthcare packaging,” adopting a phrase originally coined by Dr. Laura Bix at a previous HealthPack conference; Dr. Bix brought it back into the conversation as KiiP was being formed. The idea behind KiiP and its slogan is that solutions to these wicked problems will lead to improved patient safety— while enhancing the experience of healthcare workers—among other benefits.

For a bit of background: The Kilmer Conference is put on by Johnson and Johnson once every three years, and the next is scheduled for 2022. It’s a prestigious, invitation-only event focused on sterility assurance.

Jennifer Benolken, MDM & regulatory specialist, packaging engineering at DuPont explained that a group of colleagues sat down at the last Kilmer Conference in 2019 and asked how they could get more people at the next conference who are passionate about packaging. What started out as a conversation about socializing the concept of the Kilmer Conference amongst packaging professionals has turned into an industry initiative in the spirit of the Kilmer Conference to collaborate to innovate. They’ve made a lot of progress in the last two and a half years, and it’s blossomed into a KiiP group on LinkedIn of over 300 members who have broken down value chain silos from medical device manufacturers through to the end-user and healthcare professionals.

The four areas of focus for the programs within KiiP are:

Benolken, who leads The Last 100 Yards group, said that the interesting thing about KiiP’s efforts is they require a mindset shift for many participants. Generally, in the medical device industry, there’s a pretty clear target or end state (and process to get there). Whether it’s updating a standard, implementing a new package or machine, etc., there are defined processes, workflows, stage gates and more.

This type of innovation is far less straightforward, without a prescribed path to take. It requires participants to be open to questions, without a clear goal... until it emerges. In many ways, it is akin to the research phase of a new product development process—they need to find the problem that needs to be solved before determining how to solve it. It’s far outside a lot of comfort zones but will ultimately lead to important learnings—via failing, pivoting, and finding new wins—to push the industry forward outside of a single company’s constraints. By breaking down silos, the conversations are rich and learning is immense. They are finding that it’s taking time to understand how the same concept is important to others in the value chain–they often are using similar vernacular, but how they are applied and understood are sometimes different. It gets to be a lot to wrap one’s head around.

"This type of innovation is far less straightforward, without a prescribed path to take. It requires participants to be open to questions, without a clear goal . . . until it emerges. In many ways, it is akin to the research phase of a new product development process – they need to find the problem that needs to be solved before determining how to solve it."       —Jennifer Benolken

Benolken highlighted that there are still some silos that may exist. This isn’t just between suppliers, manufacturers, and healthcare providers, but often within companies themselves. For example, sterility assurance and packaging groups typically report to different leaders and have different metrics. Conversations are being had about how the groups could work together more closely to find ways to build stronger connections and address issues together–while also preventing potential pitfalls, as sterility assurance and packaging cannot execute their mission completely in their own right.

On the sustainability front

One of the key takeaways from their panel at MDM West was that sustainability is more than just recycling (something Healthcare Packaging has covered in the past—including our video on 6 Sustainability Drivers). Of course, there are groups working concurrently, like the Healthcare Plastics Recycling Council (HPRC) , focused on making strides in recycling efforts.

As Jenn Goff, global director, product strategy at Oliver Healthcare Packaging, noted, KiiP is also looking upstream at how to engineer waste out of the system before it’s even introduced. There are so many ways to make sustainable choices and being innovative in package design can result in cutting waste as a byproduct. One thing that the panelists touched on is that health systems look at sustainability in purchasing decisions now, offering a competitive advantage for companies who are making and articulating more climate-friendly choices.

Kiley Djupstrom, commercial development leader at Plastic Ingenuity, discussed that they’ve been in talks with groups like Practice Greenhealth, who released their sustainable procurement guide for health systems last year.

“A lot of folks on our team come from large companies and piloting something at a large company can be a little daunting, getting through that stage-gate process,” said Djupstrom at the MDM panel. “So, if we want to rapidly test something or pilot an idea, we came up with this incubator concept and it’s a dynamic framework to pilot a sustainable solution whether that’s a process, a design, or material.” For example, the group could take a material being proposed as a sustainable alternative through the advanced recycling process and perform a scientific study.

The incubator concept goes beyond sustainability, and Benolken noted that in the whole of KiiP, the different programs can ultimately be considered incubators in their own right. When new materials or means are developed by suppliers, it typically takes a long time for manufacturers to be able to implement them. “The KiiP teams can provide the platform so that basic data and testing is available to everyone right off the bat, and make that product or process have validity from day one instead of waiting for someone to adopt it,” she said. “So, I think that's going to be a beautiful outcome of this as well. We may be able to introduce different materials and processes a lot quicker than how they've been done in the past by a single company.”

What is an overarching concept being tackled across all groups?

KiiP is creating awareness about the importance of packaging. Packaging often goes unnoticed until something goes wrong. If we’re doing our jobs correctly, users are not necessarily tuned into the packaging because it seamlessly and efficiently did its job of protecting what’s inside.  So that makes our job interesting—how do we get packaging to be recognized when our objective is not to be seen?

What is the involvement with regulatory folks such as FDA or notified bodies (NBs) in Europe?

KiiP has had some discussion with regulatory bodies, but they won’t be a major part of the conversation until we have identified potential solutions or paths to them. Not all of KiiP’s projects will be regulatory in nature.

What are some of the biggest hurdles?

You’re asking big questions. Have you had any failures or innovations yet?

This is a huge learning process for everyone involved. We are all grateful to be able to work on these important topics with our fellow KiiPsters–while no “failures” have occurred so far, we’ve had many pivotal moments and conversations about the direction we are heading in and whether it needs to be modified or not. One huge success has been the podcasts IAHCSMM has invited KiiP to participate in because the conversations we were having in our team meetings needed to be heard by more than those in the meeting. Another success we’ve seen is through participation in events such as MDM West and other venues to get people talking about what “could be” in going about solving these big, wicked problems the industry has been asking itself for years.

If you’re looking to get involved in KiiP, check out their LinkedIn group here. They’re looking for people to participate on a volunteer basis, and there is no cost to join.