Many brands are retiring controversial brand mascots in order to better reflect the consumers they serve. Here’s a glimpse into their calculus.

The May 25, 2020 murder of George Floyd is powering a tsunami movement against racism, along with its symbols, including those on packaging. According to press releases, the brands, Mrs. Butterworth’s, Cream of Wheat, Uncle Ben’s, Aunt Jemima, and Eskimo Pie, will undergo packaging changes.

Matt Reynolds’ 6/23/2020 article “Packaging No Spectator in the Social Movement” (pwgo.to/5680) provides an industry insider’s perspective. He reminds that packaging, through its imagery, communicates societal/cultural norms and that, therefore, packaging imagery should keep pace with changes in those norms.

There’s another perspective: that of what kinds of changes are feasible. Beset brands variously have described forthcoming efforts as review, retire, and evolve. Even without additional details, it’s safe to say that the brands face different options, in reflection of the nature and extent of their racial insensitivity. What the brands face in common, however, is a new type of package research and design, wherein names and mascots are liabilities and expendable.

Months prior, Land O’Lakes’ packaging was revised with the removal of the Native American woman. Yet to be seen is whether other brands, such as Red Man tobacco and sports teams from the professional ranks on down ,will abandon the mascoting of tribes who collectively were driven to the brink of genocide. The Land O’Lakes approach, nonetheless, doesn’t lend itself to all brands faced with removing racist imaging from their packaging.

Cream of Wheat (founded in 1893) has as its mascot a toothsomely smiling black man in servant-white attire, holding a steaming bowl of cereal. The mascot should be removed because there is no revamping that can rewrite its racist origins. The decision of whether to retain the brand name rests on whether the mascot is regarded as the lone offender. Uncle Ben’s (dating back to the 1940s) also has as its mascot a black man. Different here is that the mascot doubles as the brand name. Over the decades, the mascot has received makeovers meant to be less antebellum. Those efforts are unacceptable in this era that clamors for the mascot’s removal. Question: are brand and mascot inextricably linked, such that the former can’t survive separation from the latter?

Mrs. Butterworth’s (introduced in 1961) gained prominence due to being marketed in an amber bottle shaped as a matronly, full-figured, apron-wearing woman. Of late, critics claim that the bottle is remindful of “mammy” imagery. I was not aware of that association at the time of my 12/9/13 article, “Lifetime achievement awards for packages,” in which, I made Mrs. Butterworth’s an awardee. My unchanged opinion notwithstanding, all packages are subject to the manta, “Perception is reality.”

Aunt Jemima (introduced in 1889) likely is the most cited example of racist imaging. The mascot’s original depictions inarguably were of a mammy slave, and none of the subsequent “airbrushing” has divorced her from her roots. Unlike other mascots, Aunt Jemima is an adjective; for example, a black female would bristle if called an “Aunt Jemima;” its servile connotations evident. Even if the mascot were retired, the brand name would remain a thorny issue.

Eskimo Pie (introduced in 1921) has a name and mascot that, in combination, cast the brand’s future in doubt. “Eskimo” is a term disowned by the indigenous peoples of the Artic; furthermore, the mascot is a cartoonish stereotype of those peoples. If the brand proves unsalvageable, the owner might find solace in the fact that the concept of a frozen delight lends itself to other expressions. Polar Pie, maybe?

And of certain brands that have not issued press releases, a reckoning might nevertheless await. Chiquita brand individually stickered bananas are an example. The name is Spanish, having among its definitions petite, cutie, and little girl—not inherently racist. Some argue that those definitions demean the mascot, a shapely, overtly-Latina adult wearing a fruit-loaded headdress. A companion argument is that the mascot stereotypes Latinas in addition to stoking unflattering thoughts of a “banana republic.”

A takeaway for corporations going forward: avoid brand names and mascots that are based on minorities when allegations of racism are reasonably foreseeable. While such advice these days qualifies as common sense, it is vulnerable to the blind spots of otherwise well-intentioned non-minority decision makers.

Lastly, corporations should not take a piecemeal approach; corrections must be adequate at launch. And corrections must come relatively soon, otherwise corporations could be accused of procrastinating. The movement sweeping the globe can’t be thwarted. Brands have a choice: be part of the solution or be swept aside. 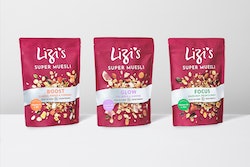 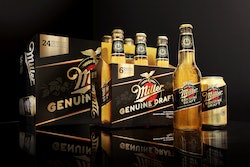 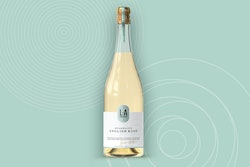