Pharmaceutical serialization: Should you wait?

Exclusive Healthcare Packaging survey reveals half have yet to begin serialization projects, and more than 25% don’t plan to spend money on serialization this year!

Pharmaceutical manufacturers are facing the need to add unique serial numbers to their drug packages in a growing list of countries around the world, including China, Turkey, Brazil, Argentina, South Korea, and in the European Union. Even drug manufacturers that only sell their products in the U.S. are faced with the need to do the same in at least the state of California.

Have these facts led every company to begin the process of converting their packaging lines to add global serialization capabilities? Until Healthcare Packaging conducted its survey (hcpgo.to/013), no one really knew the answer to this and a whole host of other compelling questions.

According to survey results, about half of the respondents, both within and outside the U.S., indicated that their company has not yet begun a serialization system project, and more than one quarter do not even plan to spend any money on serialization this year. Those numbers struck me as incredibly high. By now, it is hard to believe that there are companies out there whose employees are not aware of these current and approaching requirements. Companies that have not yet acted must be doing so intentionally. So I wondered, what strategies are behind those companies that are waiting?

Survey says…
An open-ended question asked, “What is your biggest concern regarding deploying serialization?” Besides the person whose biggest concern is “Hampsters (sic) Reanimating,” there were a large number of valid concerns. Many were related to time, costs, technology, standards, and regulatory clarity, but none of these make up a strategy.

Fortunately they also asked a question that revealed that 24% of the respondents' companies within the U.S. and 19% outside the U.S. are “Waiting for federal action,” and 7%/8% are “Waiting for California to delay more.” Now we’re getting somewhere. These are strategies for not moving forward, and they seem to explain about half of those who have not begun to add serialization capabilities.

Waiting for California to delay again is a mistake, as I explained in the February issue of HCP. Enough companies have committed to being ready on time in writing to the California Board of Pharmacy that the state is not likely to be very sympathetic to your claims that you did not have enough time. Your choice may be to stop selling your drugs in the largest market—the U.S.—or perhaps pay a fine for every package sold there. More than likely the choice will be made up for you by the wholesalers that would also be fined if they were to carry your noncompliant drugs across the California border.

What about federal action?
Let’s take a closer look at the strategy to wait for action by the U.S. federal government. This strategy is encouraged by the visible activity of the Prescription Drug Security Alliance (PDSA), and by certain members of both houses of Congress. That activity began most recently over a year ago when the PDSA published a bill that they hoped to get introduced by someone in either house. They called it the “Pharmaceutical Traceability Enhancement Code” bill, or “RxTEC.” The PDSA successfully gained the attention of a few Senators and members of the House, and bills were introduced into Congress last summer. Negotiations continued in an attempt to come up with language that was acceptable to all PDSA members and to the politicians. If they would have come to an agreement, the draft bill was targeted for attachment to the FDA Safety and Innovation Act (FDASIA) of 2012 to serve as the legislative “vehicle.” I understand that the parties were close to agreement last July, but they ran out of time. With the passage of FDASIA, that opportunity was lost.

Last summer’s attempt was not the first time a bill to regulate the national drug supply chain has been introduced into Congress—it was attempted very briefly at least once prior to that—but this is the first time the industry has organized to support and lobby for particular language. At press time, new track-and-trace bills have been formally introduced into both houses of Congress. The bill in the House of Representatives has made it out of committee to the House floor where it will be debated in coming weeks. The bills in each house differ in some significant ways, which is an indication that they may have a long way to go toward passage as a law.

Will a version that preempts the California law pass at the federal level this year? I don’t know. Is it worth holding back on your serialization efforts in case a bill does pass? That depends on your tolerance for risk. Keep in mind that all of the discussion drafts that have ever been published at the federal level would require manufacturers to apply a 2D bar code to every drug package, and the bar code must include the NDC and unique serial number (in the form of an FDA Standardized Numeric Identifier, or SNI), lot/batch number, and the expiration date. This is actually more information than the current California law requires.

Exemptions in the drafts are usually identical to the list of products that are exempted from the current California law, which means that most drugs in the U.S. supply chain would need to be serialized. Most federal drafts also include the requirement to serialize cases, which California does not require. Yes, the draft bills would push out the compliance date beyond California’s by a year or two, depending on the version, but the bottom line is even if a federal law is passed and the California law is preempted, most manufacturers are not going to avoid serializing their drug packages and cases for the U.S. market.

How long will it take?
Survey respondents are right to be concerned about time. Those manufacturers that have had serialization programs underway for any period of time will tell you that they were caught off-guard by how long it took them to successfully add serialization capabilities to the first packaging line they converted. Succeeding line conversions usually took less time, but because every line is often unique, lessons learned from one conversion do not always teach you everything you need to know for the next conversion. Considering the wide diversity of packaging types and dosage forms, you should expect to perform some number of experimentation cycles before you find the right recipe for each combination.

How long will all that take? All available evidence suggests that the answer is: more time than you think it will.

Use of seasoned solution providers and consultants will help. Some vendors have been at this for a number of years and have seen things that work and things that usually fail. But these folks are in high demand. If you can get them, expect to pay a premium.

The risk of waiting too long is that you may not be able to convert your packaging lines in time to meet the current California deadlines, or the potential federal deadlines. If you miss those dates, you may be faced with paying fines, or not being able to sell your pharmaceuticals in either California or the entire U.S. How much risk can you tolerate?

>> Dirk Rodgers, who contributed to Healthcare Packaging’s Pharmaceutical Serialization Playbook, is an independent consultant and founder of RxTrace (www.rxtrace.com). He has contributed to many industry groups that have been formed over the last 10 years to investigate solutions to the problem of counterfeit and other illegitimate drugs in the legitimate supply chain. He served as co-chair of a number of key technical work groups in GS1 and GS1 US. These include the original GS1 EPCglobal Drug Pedigree Messaging work group that created the DPMS pedigree standard, the Network Centric ePedigree (NCeP) work group, and the RFID Barcode Interoperability Guideline work group. Rodgers holds a BS in Electrical and Computer Engineering from the University of Wisconsin-Madison.‘RxTrace’ (www.rxtrace.com) is copyrighted by Dirk Rodgers Consulting, LLC—all right reserved.

More than 1,000 people have downloaded the document. Each individual had to complete a 20-question survey to receive their copy.

Questions included how many lines and how many plants need serialization, who is running the team, how far along is your organization, etc.

The results are staggering. (The entire survey is available at pwgo.to/065.)

Two things struck me. First, we broke out answers from the U.S. and the rest of the world, learning that answers differed only slightly. Serialization is a universal challenge. Also, concerns were similar across the board, from every stakeholder in the organization (operations, IT, supply chain, package engineering, etc.).

In a way, this is a comforting thought. If concerns were all over the map, we’d have an even more complex issue at hand.

Concerns fall into three camps. One is the overwhelming complexity of a flexible IT (data management) solution that can work domestically and internationally.

The second concern is the shifting regulatory landscape—the fear of committing to one path that may change and cause chaos. This causes a delay while upper management waits for the FDA, California, or a host of other countries, to change or “finalize” their requirements.

Third, and most disturbing, is the “lack of understanding from upper management,” “no cohesive team,” “[a lack of] initial and ongoing funding,” and as one said, “What concerns me most is our slow start.”

Clearly, these folks are wallowing in it due to a lack of solid management. Maybe we need a “take your boss to work day!” —Jim Chrzan, Publisher, Healthcare Packaging 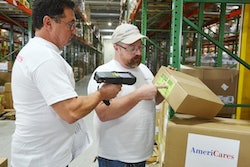 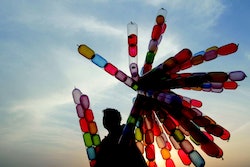 Report says U.S. lags behind other nations in biosimilars 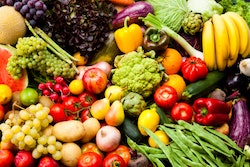