Anne Marie Mohan
According to "World Bioplastics to 2013," from industry research firm The Freedonia Group, global demand for bioplastics will rise more than fourfold to more than 992,000 tons in 2013, valued at $2.6 billion. The study includes bioplastics used for packaging, as well as for some nonpackaging applications such as automotive, agricultural, and others.

In contrast, a recently released study, jointly commissioned by the European Bioplastics and the European Polysaccharide Network of Excellence (EPNOE) associations, claims that the "production capacity of bio-based plastics is projected to increase from 360,000 tons in 2007 to about 2.3 million tons by 2013." This corresponds to the study's predicted annual growth of 37%.

Says Hasso von Pogrell, managing director of European Bioplastics, "We should keep a close eye on these figures. Important major projects were delayed in the years 2008 and 2009 due to the financial and economic crisis. Despite the still uncertain data, which of course has to be further consolidated, we deem such studies to be very essential. The role that lightweight conventional plastics played in the past, substituting durable materials like iron and steel in vast products, could soon be taken over by bio-based plastics. As the study shows, the potential is enormous."

The Freedonia study surmises that growth will be fueled by a number of factors, including consumer demand for more environmentally sustainable products, the development of bio-based feedstocks for commodity plastic resins, and increasing restrictions on the use of nondegradable plastic products, particularly plastic bags. Most important, it adds, will be the expected continuation of high crude oil and natural gas prices, which will allow bioplastics to become more cost-competitive with petroleum-based resins.

In the European study, investigations focused on capacity developments and technical substitution potentials. The study's authors, from Utrecht University in The Netherlands, estimate a substitution potential of up to 90% of the total consumption of plastics by bio-based polymers to be technical possible. "How fast this substitution will occur depends on a number of factors," the study notes.

Primary drivers
In Freedonia's opinion, the primary driver of bioplastics demand will be nonbiodegradable plant-based plastics, which will post "extraordinary growth" from a small 2008 base. In the next few years, Braskem and Dow Chemical each plan to open plants in Brazil that will produce polyethylene from sugar cane-based ethanol, while Solvay is expected to open a bio-based polyvinyl chloride facility.

The Freedonia study relates that biodegradable plastics, such as starch-based resins, polylactic acid, and degradable polyesters, accounted for the vast majority (nearly 90%) of bioplastics demand in 2008, the study reveals. Double-digit gains are expected to continue going forward, fueled in part by the emergence of the commercial market of polyhydroxy-alkanoates (PHAs), from suppliers such as Metabolix. PLA will also see strong advances in demand, as new production capacity comes online.

The study also notes that Western Europe was the largest regional market for bioplastics in 2008, accounting for about 40% of world demand. Bioplastics sales in the region benefit from strong consumer demand for biodegradable and plant-based products, a regulatory environment that favors bioplastics over petroleum resins, and an extensive infrastructure for composting, Freedonia says.

Going forward, however, Freedonia says that demand is expected to grow more rapidly in the Asia/Pacific region, which will surpass the West European market by 2013. Gains will be stimulated by strong demand in Japan, which has focused intently on the replacement of petroleum-based plastics. Other regions, such as Latin America and Eastern Europe, will see "stellar" gains in bioplastics demand from a very small 2008 base.
Related Stories 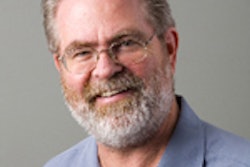 Exhibitions are in flux 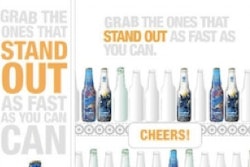 Tiger Beer uses packaging and "blogosphere" to stand out 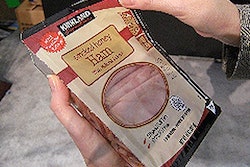 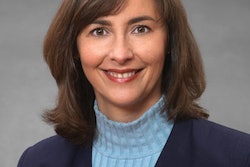 Sustainable packaging: let's do it right