This original research from an SJSU graduate student looks at the effect of temperature on the removal torque of PP and HDPE closures.

The following material is drawn from a thesis, Effect of Temperature on Removal Torque of Discontinuous-Thread Plastic Closures, researched and written by San Jose State University graduate student Michael Borchers under the guidance of adjunct professor Albert Elboudwarej, Ph.D.

Having the correct application torque for a plastic bottle cap is very important. Over time, some of the initial torque will be lost, as the bottle and cap both slightly deform to fit each other better. Exposure to different temperature conditions can cause the bottle and cap to relax still further. If the cap is too easy to remove, it could mean that the seal was not tight enough, and product damage may result. Of course, a bottle that is too difficult to open is also undesirable. After packaging, it can be some time before the product reaches the end user, and the product might experience great variations in temperature during distribution.

So, how much torque loss will occur due to these conditions?

The bottles used in this experiment were 50-mL capacity, made of high-density polyethylene (HDPE), with a finish of 28 mm diameter, and a one-third-turn discontinuous thread. The caps were sealed using a linerless seal. Half of the closures used were polypropylene (PP) caps, as are typically used in pharmaceutical applications. The remaining closures were HDPE caps, which are gaining in popularity.

Empty bottles were secured, one at a time, into a digital torque meter. Caps were applied manually, and tightened to an application torque of 12 in-lb. Capped bottles were then divided into four groups and subjected to different temperature conditions. The “Ambient” group was exposed to standard conditioning temperature of 23°C (73°F). The “Cold” group was placed in a freezer at -18°C (0°F), and the “Hot” group was exposed to 60°C (140°F). Finally, there was a “Mix” group, where bottles were placed in a chamber that cycled between these high and low temperatures.

One complete cycle—from hot to cold, then back to hot—took approximately 12 hours. The goal of the “Mix” environment was to determine whether this combination of heat and cold would have a greater effect on removal torque than a single temperature extreme. Samples were left in these temperature conditions for time intervals ranging from 3 to 28 days. The caps were then removed manually, and percent torque loss (%R) was calculated.

Within any specific group—say, bottles with HDPE caps in the “Hot” group—percent torque loss changed very little over the observed time interval. This lack of variation made it possible to combine the data from all time intervals, and examine differences in removal torque caused solely by different temperatures.

The accompanying graph (see image) reveals several factors. First, it’s apparent that torque loss was higher for PP caps than for HDPE caps for all groups. In other words, the PP caps were easier to remove, which was also noticeable during testing. This is not surprising: PP caps are often used on HDPE bottles, in part because they can form a good seal, yet still allow for easy cap removal.

Clearly, temperature has a significant effect on removal torque. Samples exposed to low temperatures had less torque loss than ambient samples, possibly due to a hardening of both plastics that created more interlocking at a molecular level—in simple terms, the bottles and caps were “frozen” to each other. On the other hand, samples exposed to high temperatures experienced more torque loss than ambient samples, especially for bottles with PP caps. The low/high mix environment had the same effect on removal torque as the high temperature environment.

Having the correct application torque—and subsequent removal torque—for a bottle cap is an important packaging consideration. To date, however, few experiments have been conducted using these types of bottles and caps. The data gathered in this experiment is significant, because it can provide a better understanding of torque loss during prolonged exposure to high and low temperature extremes. These results can, in turn, be used to help make certain predictions about package performance in real-world distribution cycles, and to facilitate future experiments.

The full text of this article has been published in TEST Engineering & Management magazine, June/July 2005, copyright 2005, The Mattingly Publishing Co., Inc. 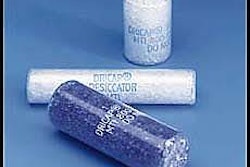 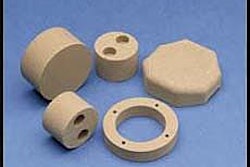 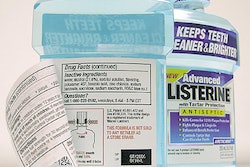 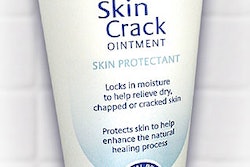