Rick Lingle
Licensed logo as it appears on the package, above, is used by Dierberg's, below, and other providers of home meal replacement fo

During the Food Marketing Institute tradeshow in May, a stop by the VersaTray™ booth of Eastman Chemical uncovered several purveyors of home meal replacement (HMR) products using the VersaTray™ logo. The logo, licensed from Eastman, can be used by select companies that pack the meals into crystallized polyethylene terephthalate trays molded of Eastman's (Kingsport, TN) resin. The logo has a variant orange background with black-and-white copy along with the words microwave ovens and conventional ovens. Eastman approved the licensing of the dual-ovenable VersaTray brandmark for four major container manufacturers and distributors that can sublicense it to users free of charge: Gage Industries (Lake Oswego, OR), Ivex Packaging Corp. (St. Louis, IL), Mullinix Packages (Fort Wayne, IN) and Bunzl Distribution, Inc. (St. Louis, MO). HMR end users include Harry’s Fresh Foods, Isernio’s, King’s Hawaiian products and Dierbergs Markets.

Chesterfield, MO-based Dierberg’s obtains its CPET trays, in five sizes, through Bunzl. The company switched from aluminum trays it had used in the past to CPET trays beginning with the ’99 Holiday season, says David Calandro, director of deli and foodservice operations. The program’s success led them to run it again for Easter. “We like the black packaging as it shows off the food nicely,” Calandro tells Packaging World Interactive, “and the trays allow the flexibility of microwave or conventional reheating.” The VersaTray logo, on pressure-sensitive labelstock, is applied to a corner of the tray’s dome lid. Dierbergs packed 17 different foods, such as broccoli casserole, into five sizes of trays. Pricing ranged from $3.99 to $10.99 per item. Made fresh to order, product shelf life was 3 to 7 days, depending on the item. Calandro says they intend to package the HMRs again for the late 2000 holiday season. 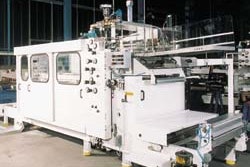 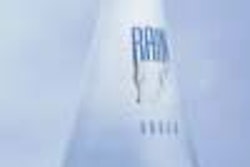 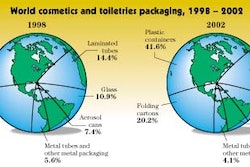