New technologies for beer in plastic are moving forward. Among the newsiest launches is in Sweden, where Spendrups Brewery of Stockholm in March introduced its Norrlands Guld beer in 500-mL (16.9 oz) high-barrier Glaskin bottles. Developed by Tetra Pak (Geneva, Switzerland), the proprietary Glaskin technology relies on a vacuum deposition process to coat the inside of blown PET bottles with a clear layer of silicon oxide.Spendrups is the first to use the technology on a commercial basis.

The bottle will be sold alongside other beers at supermarkets in Sweden. According to Spendrups corporate communications director Ulrica Franzen, the bottles will be sold individually. Consumers will pay approximately one Swedish krona (US 11 cents) more for a 500-mL plastic bottle of Norrlands Guld than they would pay for 450 mL of the same beer in glass. She says the company views the plastic bottle as an alternative to glass, not a replacement.

At a Feb. 17 press conference in Stockholm, Spendrup’s managing director Jens Spendrup had this to say about the new bottle.

“Tetra Pak is today able to deliver a bottle combining the lightweight, recloseable and environmental advantages of a plastic bottle with a glass bottle’s durability, taste and quality gains. We want to be able to offer a beer for every occasion without having to reduce the quality of the beer. A PET bottle is better and easier to carry than a glass bottle, both in normal circumstances and on more special occasions, such as a picnic.”

The bottle weighs 34 g empty and takes a 28-mm threaded closure that’s injection-molded of polypropylene by Germany’s Bericap, represented in the U.S. by Bericap North America (Burlington, Ontario, Canada). The Tapsid BO 2S closure incorporates a liner that is a five-layer lamination. It includes ethylene vinyl alcohol for gas barrier and an oxygen absorber as well. Between the barrier bottle and the barrier/scavenger cap, shelf life is six months, says Franzen, the same as for glass bottles.

Spendrup’s bottles are made and coated in Tetra Pak’s Darmstadt, Germany, facility and shipped to Stockholm for filling. Coating speeds, says Tetra Pak, range from 100 to 300 bottles/min on bottle sizes from 0.2 to 2 L.

The barrier material is separated from the bottle when it’s processed for recycling, which means the bottle will fit into Sweden’s well-established PET recycling system, says Tetra Pak. 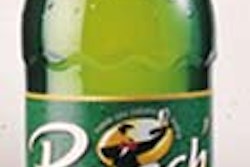 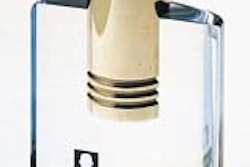 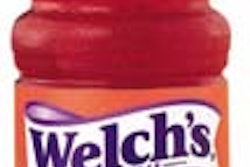