In October 1998, Burlington, WA-based Clearly Canadian unveiled its super-oxygenated bottled water, O+2. Available unflavored or in two flavored versions, O+2 is enhanced with up to 10 times the normal concentration of oxygen naturally found in water.

To keep all this extra oxygen in, CNC Containers (Tumwater, WA) has developed an injection stretch/blow-molded barrier bottle made from a copolymer and nylon blend. Clearly Canadian wouldn't identify the exact make-up of the bottle, which the company says provides a shelf life of about one year.

In addition to keeping the oxygen in the bottle longer, the nylon in the blend gives the bottle a metallic sheen that Clearly Canadian hopes adds to its appeal. "The packaging concept is intended to reinforce the super-oxygenated benefits," says Jonathan Cronin, vice president of marketing at Clearly Canadian. "The bottle is sleek, almost metallic-looking, to evoke the look of an oxygen tank."

The 11.2-oz bottle weighs 32 g empty and is topped with a standard 38-mm compression-molded polypropylene cap with an ethylene vinyl acetate liner supplied by Alcoa Closure Systems Intl. (Indianapolis, IN). The pressure-sensitive label is a 1.68-mil clear oriented polypropylene, reverse-printed flexographically in four colors by Source Packaging (Walnut Creek, CA). The water, aimed at health- and image-conscious consumers, rolled out in January with an initial launch in the West followed by the eastern U.S. in various grocery and health food stores. The water retails for 99¢. 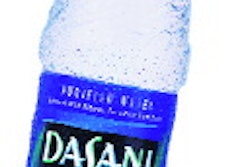 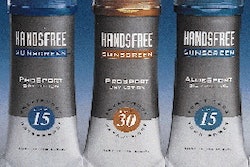 Honors bestowed on tubes of the year 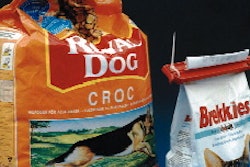