T&A hitches its wagon to a brand

Already a leading marketer of its own branded, value-added, fresh-cut produce, Tanimura & Antle took its fresh-cut program to a whole new level on April 28. 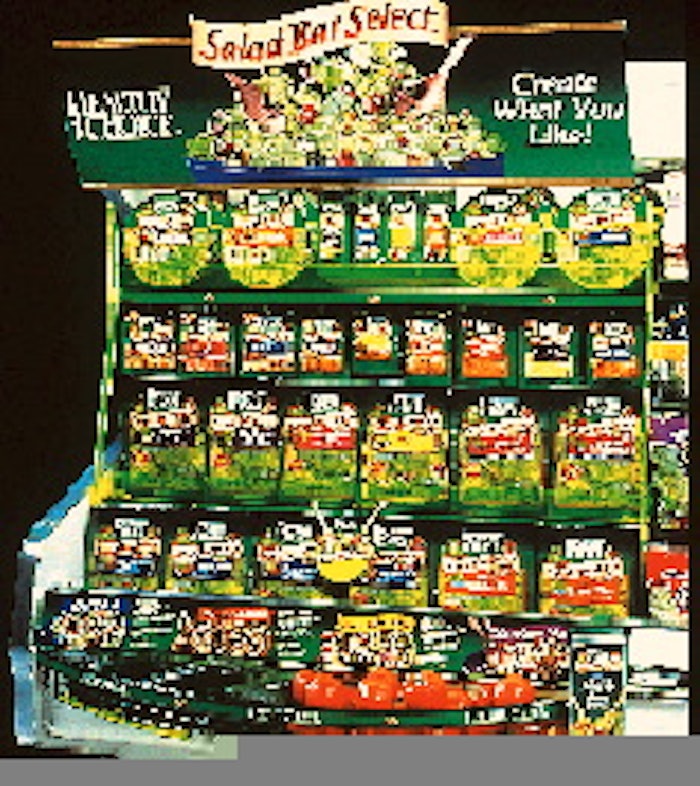 That's when the Salinas, CA-based firm began shipping the cut, packaged salads and toppings that make up the Healthy Choice® Salad Bar Select(TM) line. Partnering with T&A on the unique home meal replacement project is ConAgra Brands, the Omaha-based diversified food company that introduced the first Healthy Choice products, frozen dinners, in 1988. Today there are over 300 products branded as Healthy Choice with annual retail sales exceeding $1.4 billion. Until now the well-known brand had no foothold in fresh produce. The category, which generated $5 billion in sales in 1994, is projected to reach $19 billion in sales by the end of this century. Numbers like those have excited ConAgra. "By combining the power of the Healthy Choice brand with T&A's expertise in produce, we have an extremely strong consumer and retail proposition," says ConAgra Brands president Mike Trautschold. Healthy Choice Salad Bar Select is an in-store salad bar concept encompassing 23 packaged items in six product categories. These include six fresh-cut bagged salads and four single-serve salads in thermoformed bowls. The remaining items, all in flexible packages, are four diced meats, three shredded cheeses, three breadstuff items, and four dressings. All 23 packages are color coordinated and predominantly green, and they're displayed in a custom-designed, four-foot Salad Bar Select "center." "Consumers can quickly and easily create the salad combinations they want because they're not locked in to purchasing a prepackaged salad kit," says T&A vice president of sales and marketing Dave Eldredge. The first installations are in Phoenix and Tucson. Additional expansion plans have not been announced.