The U.S. Food and Drug Administration (FDA) apparently has agreed to a long-sought request to simplify approval for substances used in food-contact packaging by doing away with the time consuming pre-market approval process that requires explicit FDA consent.

Instead, a streamlined pre-market notification (PMN) process would take its place. Such a change, however, requires a modification to the law, and it appears increasingly unlikely Congress and the President can find time in their campaign-laden calendars to enact and sign FDA reform legislation now pending on Capitol Hill which is expected to include the PMN provision. The change means food manufacturers or packaging suppliers would notify the Department of Health and Human Services of their intent to introduce an additive into the market. Instead of waiting for FDA approval, companies could proceed with the new additive if they do not receive an explicit rejection from FDA within 120 days. In the notification, the company would submit the same type of safety information that's currently in a food additive petition. FDA insisted on a provision allowing it to issue a regulation stating that certain additives would still require a food additive petition and would not be permissible under the new PMN process. The Society of the Plastics Industry (SPI) and other members of the Food Safety Reform Coalition sent the desired PMN language to both the House and the Senate committees now considering the legislation. The change applies to all food-contact substances including packaging, said Jerry Heckman, senior partner of Keller & Heckman, the Washington law firm representing SPI. That could include polyethylene terephthalate/polyethylene naphthalate bottles, which have been awaiting approval for some time. Heckman cautioned, however, that this agreement does not affect FDA's environmental impact requirements and that an environmental assessment is likely to be part of any PET/PEN petition. "We think this is a major step forward for FDA to agree that the PMN concept is viable for food packaging," Heckman said. "They've never done that before. And even if the legislation isn't passed by this Congress, with FDA agreeing, it should have life in a subsequent Congress." 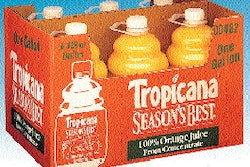 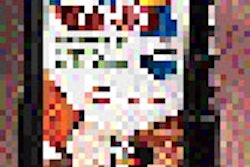 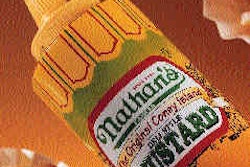 Nathan's gives the nod to nostalgia