This just in from the department of no good deed goes unpunished.

Procter & Gamble is being criticized in the blogosphere for coming up with a package that is not only uniquely efficient in the e-commerce channel for which it was designed but also has considerable advantages from a sustainability standpoint. Called Tide Eco-Box, the package is a 105-oz bag-in-box format containing an ultra-concentrated detergent that washes the same 96 loads of laundry that the 150-oz extrusion-blown HDPE press-tap container of Tide does. The Eco-Box contains 60% less plastic and 30% less water than the press-tap bottle, and when it’s filled it weighs 8 lb compared to the 12-lb bottle. Additional sustainable packaging points are scored because the cube-shaped Eco-Box not only weighs considerably less but also takes up less space. That allows larger quantities to fit on fewer delivery trucks, which means less fuel gets consumed.

So why the criticism? Because teens with way too much time on their hands might see that the package resembles a bag-in-box wine and challenge each other to post YouTube video of themselves quaffing the detergent. I guess the thought process runs along these lines: “Whoa, dude, this Tide package looks like a wine box. Let’s see how many of our addled confreres will accept a challenge to drink its contents.”

For those who say such idiocy is not possible—that no matter how much time today’s teens might have on their hands they’d never be foolish enough to encourage each other to drink laundry detergent—I refer you to the Tide Pod Challenge. In that idiotic meme that went viral, teens took to recording themselves chewing Tide laundry pods. Don’t believe it? Go here: pwgo.to/3936.

Now back to the Eco-Box and the criticism it’s engendered. This from New York Post Multimedia Writer-Editor Rob Bailey-Millado: “As if Tide Pods that look tasty enough to eat weren’t bad enough—now we have ‘boxed wine.’ Wow, just when we were finally recovering from the great ‘Tide Pod Challenge’ hangover of 2017.”

To his credit, Bailey-Millado in his November 12 post does acknowledge the sustainable-packaging benefits of the Eco-Box. But only after he echoes, and thus gives some credence to, Twitterverse buzz like this little gem from Ryan Broderick, Deputy Global News Director for BuzzFeed: “I’ve never wanted to do anything as much as I want to f-----g chug detergent out of this Franzia box. I can’t believe their solution to kids eating Tide pods was to literally put it in a box with a spigot.”

Does criticism of this environmentally advantageous packaging concept have some validity when there’s this thing called social media that is, among other things, an almost irresistible platform for certain teens to behave badly? I sure hope not, especially when the Eco-Box so directly addresses the issue of plastic polluting our oceans by replacing petroleum-based plastic with renewably sourced corrugated packaging, a material with a solid record of being successfully recycled. Not to mention the other sustainable-packaging advantages of the Eco-Box that are mentioned above. Think about it. P&G’s digital sales, which grew 30% last year to $4.5 billion, will only continue to represent a greater and greater share of the firm’s business. That being the case, shouldn’t we be encouraging sustainable packaging developments like the Eco-Box rather than criticizing them because of something that Beavis and Butthead may or may not do?

For my part, I choose to be cautiously optimistic that Refinery29 journalist Olivia Harrison is onto something in her November 12 post, where she suggests that maybe teenagers have moved on from detergent-related games by now. “It’s hard to think like a teen,” says Harrison, “but it doesn’t seem totally ridiculous to imagine [teens] scoffing at these new memes and saying, ‘Tide challenges are so 2018.’” 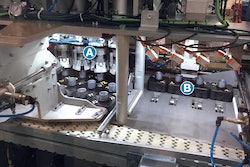 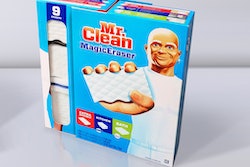 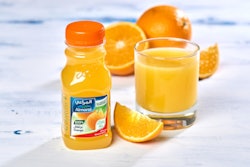