U.K.’s CarPlan Demon Foam car shampoo launches in a custom container with a molded cavity in the back panel that holds a detachable foam head.

Putting professional-quality car shampooing into the hands of retail consumers, new CarPlan Demon Foam snow foam car shampoo uses a custom-molded bottle with detachable foam head to turn an ordinary garden hose into a power washer. Launched by car care company Tetrosyl in the U.K. in July 2013, the product comes in a 2-L high-density polyethylene container with a deep recess in the back that holds the foam head and an integrated dip tube that controls the flow of product when a hose is attached.

For the project, Tetrosyl worked with RPC Containers Ltd. to create a custom container that was able to store the foam head during transit and storage, while at the same time effectively communicating the concept to the consumer on shelf. The resulting container holds the foam head in a cavity in the back of the bottle, while a hole in the front running through the center of the package enables the consumer to see the applicator when the pack is front-facing on shelf.

According to Brian Lodge, Design Manager at RPC Group, the “trickiest part” of the design of the new container was the back cavity. “It was difficult getting the container out of the mold, as we had to include clips to retain the foam gun in place,” he says. “In addition, as the recess was so deep (to half-way across the molding), it was difficult to form, as we needed to control the inevitable webs that formed in the plastic.”

By carefully designing the mold with all draft angles and surface finishes, RPC was able to alleviate both of these issues, Lodge says. “Punching a hole right through the middle of the container helped as well, as it helped support the recess,” he adds. “However, this did push the limits of the molding envelope for us to be able to achieve the desired results.”

Another challenge of the package design was the dip tube, relates Mike Winston, Sales Manager for RPC Rushden: “Because of the length of the dip tube, it was impossible to accommodate it separately on the outside of the pack. So we designed a neat insert that could be placed into the neck after filling. The foam gun plugs into the insert as it is screwed on.”

During use, consumers can alternate between foaming and rinsing with the flip of a switch on the foam head. The red switch is the component that shows through the front of the bottle on shelf. Another ease-of-use feature is a large molded handle that allows the user to hold the bottle firmly. On-shelf and when not in use, the container is sealed with a 38-mm tamper-evident cap.

The HDPE bottles are blow-molded at RPC’s Plenmeller Works in Haltwhistle, U.K., while the dip tubes are injection-molded by RPC’s Market Rasen, U.K., facility. Another vendor supplies the foam heads.

Because the product was introduced out of season in mid-summer, Tetrosyl opted for a soft launch. “Despite that, in the first couple of months, it achieved the number-two bestselling spot for car cleaning products in Halfords [U.K. retailer of car products] without any promotion,” says Winston.

Tetrosyl is very pleased with the packaging. Says company Group Marketing Director Marium Ali, “With a revolutionary formula, it’s only right that Demon Foam had the same high-quality bottle to match, and RPC has created just that. RPC delivered everything we asked for, and the uniqueness of the bottle is reflected in its multipurpose action.” 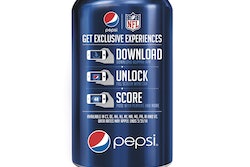 Pepsi promo can tells consumers to 'blipp it' 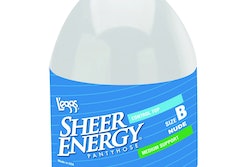 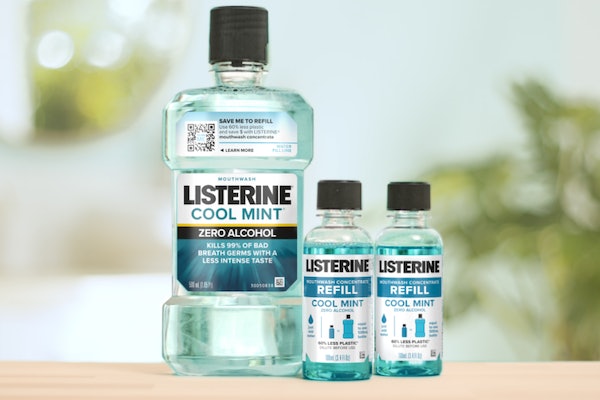