Because it ‘busts up the bacteria’ with minimal loss of flavor or nutritional value, High Pressure Processing made it possible for these hummus and lentil dips to go nationwide.

What do you do if you’re a startup company offering organic fresh food in a category just waiting to explode and the only thing blocking you from taking your product nationwide is a limited shelf life? If you’re Hope Foods of Louisville, CO, you install a High Pressure Processing machine from Avure.

Still relatively new, HPP is a post-packaging technology that uses ultra-high water pressure to kill bacteria that can hasten spoilage. It’s an alternative to preservatives or thermal processing.

In February, Hope Foods began using HPP on the product that got them started: hummus in 8-oz plastic tubs. Lately the firm has expanded its product offerings to include a lentil dip, too. Both the hummus and the lentil dip are subjected to HPP, a technology neatly summed up this way by Hope Foods Marketing Manager Steven Villanueva.
“For people who don’t want to add heat or don’t want to add preservatives, you put product under extreme pressure, like 87,000 pounds per square inch, and it literally busts up the bacteria. We’re hoping to get two to four times the shelf life.”

From farmers market to supermarket
Hope Foods had no plans for HPP when they started marketing their hummus in a stock polypropylene container with in-mold labeling. Farmers markets and health food stores in Colorado were as far as their distribution chain stretched. But once that chain included places like California—reached by trucks that have to pass through some scorching desert heat—product quality issues started to surface. So the firm started exploring their options. For a food company dedicated to organic products and a “clean” label, the use of preservatives was out of the question. And while thermal processing might have been explored, it would have come with some serious downsides.

“We looked at it and quickly realized that for the kind of quality, freshness, and taste profile we were trying to deliver, we couldn’t get there with heat processing,” says Hope Foods President Robbie Rech. “When we heard about HPP, we were initially put off by how expensive an option it is. Outsourcing it might have been a good way to get started, but there was nobody anywhere near us offering HPP as a service. Having it done in Texas or Chicago or the East Coast was a possibility, but it would have been complicated.

“More important, we are committed to self-manufacturing. It’s a core value with us. In order to put out a premium product, we felt like we needed to have that level of control over our products. So we started looking into the feasibility of installing our own system. We saw that it would allow us to have really high-quality dips and spreads--using ingredients like avocados, green chiles, and red peppers—and do things that other people simply couldn’t do if they were using heat processing. That gave us the confidence to go ahead and take the plunge on investing in HPP.”

As the Hope Foods team looked at the dollars that would have to be spent to install their own HPP system, they had one of those Eureka moments: Since no one near Colorado was able to offer HPP as a service, why not start a HPP contract manufacturing business to help make the numbers work? And so the group started a business called Hope Fresh.

“We run it as a separate company with completely separate operations,” explains Rech. “Hope Foods was the first customer of Hope Fresh. But we’re in conversations with a lot of food businesses in the region, not just in Colorado, either.” Located as they are just a short distance from the city of Boulder, Hope Fresh is in a good position to capitalize on the transformation of the Denver metro area into a hub of natural and organic food production.

Choosing an HPP system
Hope Fresh Business Development Manager Morgan McArthur says that when it came to picking a supplier of HPP equipment, there were really only two choices. And it didn’t hurt that Avure was in the process of opening its first U.S. plant in Middleton, OH. According to Rech, “The main reason we chose Avure is because they offered such a total package, from installation to service to support. We ordered the machine in March and it was installed and running in May.”

One thing that had to change as Hope began putting its containers through HPP is the container. The injection-molded PP tub used originally was a little too rigid, and it’s better to have some measure of flexibility in the container as it goes through the pressurized Avure vessel. So now a custom container thermoformed of PET is used. Thermoformed by Form Tight Inc., it has a 409-mm diameter and weighs about 3/8 oz. It also has a wider flange to which the flexible film lidding material is heat-sealed than did the PP container.

Containers arrive nested and are fed into the denesting section of a single-nozzle, intermittent-motion, volumetric filling machine from World Cup. It uses an eight-pocket rotary device to position one cup at a time first beneath the filling nozzle and then beneath a heat sealing station that applies clear flexible film to a filled cup. This lidding material comes from distributor Packline West Inc. It’s described as a 48-ga polyester adhesive laminated to a 170-ga structure that brings, among other things, heat-seal properties.

Once flexible film lidding has been applied, the tubs are placed in totes for transfer to the HPP system. Inside the HPP tunnel, dwell time is about three minutes. Exiting HPP, the tubs pass through a Paxton air knife to dry them.

Another adjustment that Hope Foods is still in the midst of making regards graphics. Back when the injection-molded PP cups were used, in-mold labeling carried the graphics. The plan for the new PET cups calls for shrink sleeve labels, but that application equipment is still a few days off. For now the firm is manually applying attractive stickers that carry graphics and product identification. Date code production information is applied by an ink-jet printer from Squid Ink.

With the HPP treatment completed, injection-molded PP lids WITH IML LABELS, supplied by Polytainers, are applied by hand. Case packing, for now, is done manually.

Available in most of the U.S., Hope’s hummus and its lentil dip both are given a best-if-used-by date of about eight weeks, even though tests have shown that actual shelf life is 13 weeks. Consumers pay between $4.40 and $5.00 per 8-oz container.
“HPP practically tripled the shelf life of our product line,” says McCarthur. “In addition, it makes our product safer and enhances our capabilities. With our launch into the East Coast this summer, it is the key to our growth into a national brand.” 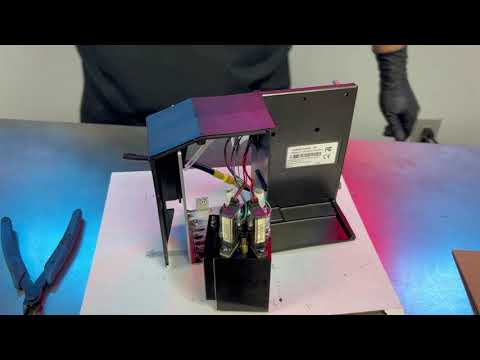 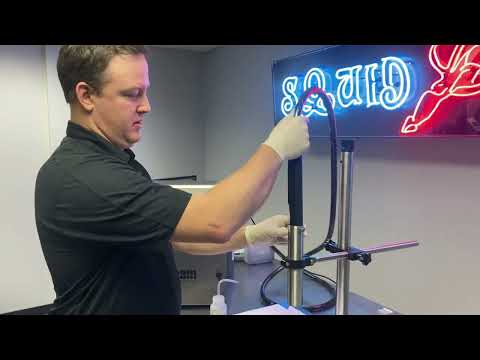