Global Green pilot shows that replacing paraffin-coated produce cases with recyclable-coated boxes could divert waste from landfills and save money for the foodservice and retail industry.

Global Green USA has released a video that details the promising results of its 2012 pilots to test recyclable produce boxes designed to withstand wet cooling processes. For the pilots, Global Green USA teamed up with members of their Coalition for Resource Recovery (CoRR) to test alternatives to paraffin-coated produce boxes, which cannot be recycled and are a contaminant within bales of uncoated cardboard. Boxes were tested with a variety of wet cooling processes in California and New Jersey, and the results show that many box products with recyclable coatings are robust enough to withstand vacuum cooling, hydro-vac, and hydro-cooling processes. "The move to recyclable-coated boxes will divert waste from landfills and save money for the foodservice and retail industry," says Lily Kelly, interim director of CoRR and coordinator of the pilots. "It is an exciting time." Greens, vegetables, seafood, and meats are often transported in paraffin-coated cardboard, generating 1.45 million tons of solid waste that must be sent to landfills or burned. If these cases were designed for recycling and were recycled, CoRR believes retailers and restaurants could realize a net benefit of combined cost savings and revenue generation of $200 million nationwide. CoRR has worked since 2008 to accelerate the industry adoption of alternative recyclable-coated packaging and recycling it, which could reduce America's annual carbon emissions by 4.5 million mtCO2e—the equivalent of eliminating an entire coal-fired power plant with no loss of energy. (The Fibre Box Association estimates that 5% of OCC is wax-coated. EPA’s 2010 Solid Waste Facts and Figures, WARM Tool, and Greenhouse Gas Equivalencies Calculator were used to calculate potential greenhouse gas savings. Savings assumes 100% of the boxes and packaging generated is recycled. National restaurateur and grocers’ savings are based on a national average tipping fee of $44.09, based on the 2010 data in BioCycle’s State of Garbage report. A spot market price of $100/ton of OCC was assumed.) Food producers report finding recyclable boxes easier to use than paraffin-coated boxes, and have benefited from being able to recycle them on the farm. “This is good news for farmers and our customers," says Vince Consalo of Consalo and Sons, a produce distributor in Vineland, NJ, who helped to test the recyclable boxes in September. “Recyclability is a big selling point." Other participants in the pilot program also expressed satisfaction with the results, including Lakeside Organic Gardens in Watsonville, CA. The results are advantageous for grocers, who may soon be receiving more recyclable-coated boxes that they can bundle with their regular cardboard instead of paying to send them out with the trash. "Selling cardboard is a revenue stream for us, and it helps contribute to our Zero Waste Goals of 2020," says Dom D'Agostino of Ahold Intl., which operates several grocery store chains, including Stop and Shop and Giant. "If we could recycle coated cardboard, it would significantly help us meet these goals." Global Green USA's pilot series is slated to continue in 2013. "As a third party, our job is to document these tests and spread the word about what is recyclable and what works,” says Kelly. "Our next steps are to document increasingly tough use of the boxes—wetter cooling and longer distance traveled. We’re confident that these boxes can handle it, and we’re excited to document next year's story in video as well." 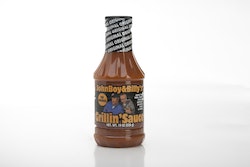 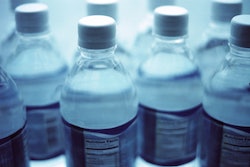 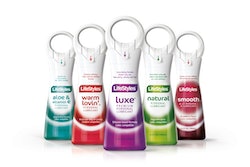