Unprecedented financial conditions so challenge the global economy that cost-cutting measures are commonplace and workers face mounting responsibilities with fewer resources on which to draw. Yet packaging continues to provide some financial security in today’s economic storm. For evidence look no further than the exclusive 2008 Salary Survey conducted by the Institute of Packaging Professionals (www.iopp.org) and Packaging World. According to the 1,188 respondents to a question about 2008 earnings, the average total compensation was $101,879.

Overall, 1,637 people responded to the online survey, which was developed in cooperation with Gros Executive Recruiters (www.plasticsjobs.com). Market research comes from Kane Consulting (847/934-7150). The survey was conducted between Jan. 13 and Feb. 13, 2009, reflecting the state of respondents and their work in 2008 (see “Survey Methodology” sidebar, page 46).

Looking at compensation by job function (Table B), corporate management respondents reported the highest average earnings, at $146,171. At the other end of the earnings spectrum was packaging production at $70,991. Average compensation by job title was as follows: Company officer $151,169, vice president $142,038, division/department manager $111,772, supervisor $86,941, and staff member $87,111.

Average compensation figures by organization type (Table C) showed a noticeable difference between respondents who are end users and those who are suppliers. The end users reported a $97,017 average total compensation last year, while supplier respondents earned $109,073.

Interestingly, 149 survey respondents indicated they were both end users and suppliers, or others. An example of where a company might consider itself both an end user and supplier firm, according to Gros Executive Recruiters, may be a bag manufacturer that functions as a supplier, yet becomes an end user in that it orders zippers for its bags that are provided by a zipper supplier. On average, end-user firms tend to employ more employees (13,111) than supplier companies (4,021).

It’s important to recognize that age and experience factor into these seemingly healthy packaging compensation figures. Average compensation headed northward within each of six different age groups listed in the survey. For those 18 to 24, the average compensation was $59,571. That income reached an average of $120,263 for those 65 and older.

Advancing age and experience can also work against earnings. One respondent said, “My position is at or near the top allowed within my company. There are no opportunities for a package engineer above my position, and I’m too close to retirement to make a significant lateral change that might allow me to move into a higher-ranking position. And if I was willing, it probably would not be offered considering my age.”

Compensation levels steadily increased based on education, ranging from $84,840 for High School graduates to $109,821 for graduate degree holders. Interestingly, respondents with a degree in packaging earned about $15,000 a year less than those with no packaging education. The explanation: Degree holders were nearly 10 years younger on average than those without such a degree.

Those respondents who have taken courses reported an average compensation of $101,747, right between respondents with no packaging education and those with a packaging degree. Along with experience and education, being an IoPP Certified Packaging Professional also paid financial rewards, according to the survey. The average total compensation last year for CPPs was $96,838, more than $6,000 a year more than engineers without the certification. Additionally, 77% of CPPs saw a compensation increase last year compared with 2007, while 72% of non-CPPs enjoyed a compensatory hike in that same time.

Thirty-four percent of survey respondents work as engineers. Respondents to this question who work for end users are more likely to be engineers (52%) than those working for suppliers (13%).

One engineer believed there is a “lack of respect as a packaging engineer [in that] we’re not seen as a real engineer as peers do not understand what the packaging function entails, or the urgency of timelines to meet production dates.” Another said, “The company lacks an understanding of how someone specializing in packaging can help, whether it’s in cost savings, product/project implementation, or other types of projects.”

Other notable factors from the survey include the following:

• Company size: The average respondent works in an organization with 8,667 employees. Company size did not play a major role in compensation, although IoPP reported that professionals working in larger firms were more likely to see an increase in 2008.

• Promotions: Correlated with age, younger workers reported a greater chance of getting promoted. Overall, 16% of respondents received a promotion from their existing employer in 2008.

• Job satisfaction: 69% of respondents are very or somewhat satisfied with their current working conditions. The most satisfied were in purchasing, with 84% indicating those levels of satisfaction. As for benefits, 71% reported they are very or somewhat satisfied with employer benefits. Least satisfied: respondents in companies with fewer than 10 employees. One respondent said, “I love the challenge, the company I work for, and I have a flexible schedule.” But, he noted, “Being a one-person marketing department in a small company, the amount of work often feels like more than I can handle.”

Many respondents commented in ways that weren’t especially surprising given the economic climate. One respondent’s challenge: “Doing more with less seems to be a constant.” 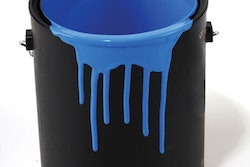 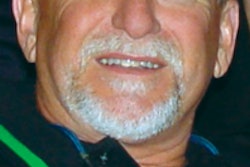 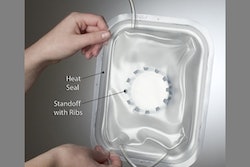