Food packaging from a university perspective.

The use of low-level radiation to reduce microbial spoilage holds great promise when it comes to providing the world with food that is safer and more plentiful. Applications in developing countries should be viewed as the low-hanging fruit. In these regions, untold food loss is caused by insect infestation and poor control over inadequate distributon conditions. These losses can be greatly reduced through the use of low-level radiation.

Both gamma and electron-beam technologies have been used for more than 30 years to process sterile medical devices. It’s an effective and proven technology. The energy levels used to sterilize medical product are 100 times higher than the doses suggested for use in the food industry. The World Health Organization has stated that energy from irradiation sources in very low doses is a very effective method of reducing the microbial load on food products. This is especially valuable in developing countries where food losses are often due to poor or ineffective processing. The FDA views gamma and e-beam processing as “additives,” so every application must be reviewed individually. This is mostly due to the widespread but ill-founded perception that any use of radiation carries a risk. In the U.S., the FDA allows the use of this technology in 13 different foods, primarily for pathogen reduction, pest control, and inhibition of maturation.

I’m of the opinion that e-beam technology in particular holds great promise. Compared to gamma technology, e-beam generators are relatively cheap and self-contained. Also important, they can be installed as an end-of-packaging-line component, thus eliminating the off-site process inherent in gamma technology. That means a boost in production efficiency.

The advantage of e-beam over gamma is that the dose applied to a food product or package is much more precise. With e-beam, dose times are seconds compared to gamma’s hours of exposure. The result is that e-beam has better control of dose, and that will translate to less impact on packaging materials and less degradation in food quality and nutrition content.

E-beam is considered a “cold” technology. That is, the food is not heated and the degrading heat reactions do not occur. Compared to chemicals used to reduce insects on dry foods, e-beam leaves no toxic residue. One of the limitations of e-beam processing is the limited depth that is achievable with the technology. The low penetration of electrons makes the process better suited for low-profile packages. Bur even higher-profile products can be suitable for e-beam if they’re turned over and run again through the process.

Adoption of the e-beam technology beckons. But widespread applications will only take place if the general public’s predispostion against radiation can be replaced by a realization that this kind of radiation is a sound defense against the real risks of microbial contamination in our food supply.

Fritz Yambrach, director of packaging at San Jose State University, can be reached at yambrach@casa.sjsu.edu 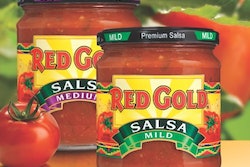 Glass is gold for salsa sales 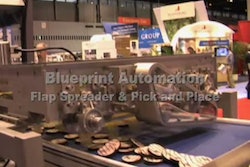 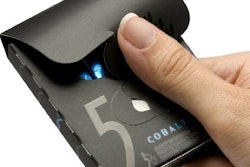