Maybe you were as surprised as I was to hear about the major recall from Ross Products for its 32-oz plastic bottles of Similac.

In the old days, we've heard about packaging-related recalls from glass chips, poor seals and other leakers, as well as numerous label copy issues, especially those related to allergen exposure.

You've heard lots about deadly contamination of spinach, too. But in my memory, this was the first time I can remember a recall due to a bottle defect like a missing protective layer in a multilayer plastic container. In this case, the blame was attributed to Ross Products' unidentified blow molder that inexplicably failed to provide bottles with an oxygen barrier layer to its customer.

In case you hadn't seen the notice, in mid-September, Ross Products recalled parts of shipments of several Similac infant formula products that may have reached the marketplace between May and September of this year. In total, the recall covered some 300,000 bottles of the infant formula. The crux of the issue is that the absence of the oxygen-barrier layer could cause premature degradation of the vitamin C in the product.

The result could be—and I emphasize “could”—infant formula packages that did not contain the essential vitamin at levels stated on the labels. As of press time, no serious medical complaints had been reported to the company. My cynical side suggests that's only because the lawyers haven't yet gotten into the fray.

Nonetheless, the manufacturer did disclose some of the symptoms that the lack of vitamin C might cause in infants, including increased irritability and generalized tenderness. According to Ross Products' notice, the vitamin deficiency “symptoms could appear in infants if dietary intake is inadequate for more than two to four weeks.”

Although some consumers originally reported difficulty in
learning about the recall, Ross Products appears to have acted
responsibly—but not until it learned about consumer complaints about an unusually dark color of the formula.

That timetable would indicate the bottles may have been produced two or more months earlier—but without any indication, so far as we know, that its bottle supplier suspected any problem. Or perhaps the molder's management thought that somehow its production people had inadvertently reduced the thickness of the barrier layer without impairing its effectiveness. That's most likely a Las Vegas sucker bet.

Let's look at all the red flags that the blow-molding company should have thrown before beginning an investigation:

• On the plant floor, the blow-molding foreman should have detected that the extruder employing the oxygen barrier either wasn't working at all, or was working at only a modest degree of efficiency.

• In the operations department, a production supervisor should have noted that finished bottle weight was too light. After all, the bottle is missing one layer, perhaps out of seven layers. But possibly that supervisor saw this as a way to prove that he's helped to cut costs, maybe even on the way to earning a bonus.

• In quality assurance at the blow-molding company, I would expect a technician to cut and examine a cross-section of each run of bottles to verify not only the presence of each layer, but also the relative thickness.

• Purchasing people—and their counterparts in operations—should have noticed that the amount of resin used, perhaps ethylene vinyl alcohol copolymer, didn't correlate with the volume of bottles produced.

As well, Ross Products' people bear a responsibility for not testing incoming containers more carefully. Although beyond noting the slight—and consistent—reduction in weight, I'm not sure how the missing layer could readily be detected, except for a cross-section analysis under a microscope.

This is a big failure, one that could have been prevented at so many stages of bottle manufacturing and bottle receiving. I don't like to criticize our readers' companies or their suppliers, but this is not the way business should be done—especially for products as critical as baby nutrition.

My guess is that, over time, both companies had established a relationship of trust. In this case, it appears to be undone by sloppy plant-floor monitoring. However, I'm sure that both Ross Products and its blow-molding supplier will be developing new testing procedures, if they're not already in place. 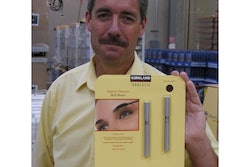 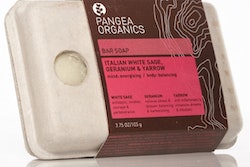 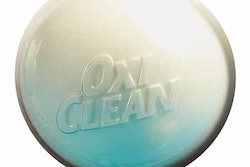 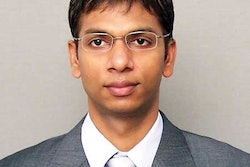 Packaging in India: "It's more than packs. It's package engineering."