In the last of our three-part series, learn how major brands such as McDonald’s and Starbucks rely on their supply chain partners to push sustainable packaging forward.

Parts I and II of this series on sustainable packaging are filled with comments from materials suppliers and retailers who understand that pursuing sustainability is sound business. They also appreciate that the journey towards sustainability begins with a corporation’s commitment to be socially responsible. From that point, packaging management, the supply chain, and retailers take a leadership position in the development of innovative sustainable strategies.

• Understanding the material health considerations across the life of the package—base packaging materials, additives, coatings, inks, adhesives, and other components

Jennifer McCracken, environmental manager, Perseco/Havi, observes, “Sustainability is an effort by the brand owner and the supply chain to go beyond the easiest or most obvious solution to develop a package that succeeds environmentally, socially, and economically.” McCracken should know. She is taking part in an ongoing sustainability success story involving McDonald’s that has its roots in the environmental advances of the early 1990s.

For many years, crew members made McDonald’s multi-layer sandwiches right in polystyrene clamshells, closed the tops, and delivered the packages to customers. In 1991, the corporation phased out the polystyrene clamshells and adopted a poly-wax coated wrap with an SBS collar of virgin fiber. McDonald’s found that the wrap and collar were simply not as efficient for crew members making sandwiches. A new-generation clamshell was needed.

Going beyond the easy or obvious, an SBS clamshell, for example, the packaging team at Perseco/Havi began investigating a slightly more expensive option—a micro-flute corrugated design. This option offered a number of environmental advantages. The micro-flute clamshell weighed approximately 40 percent less than a comparable SBS package, and it had a significant percentage of post-consumer fiber. Both the lower weight and recycled-fiber content would reduce the pack’s impact on the waste stream. Less bleached fiber minimized dioxins produced during manufacture. McDonald’s supply chain partner, Burrows Paper, used its expertise in corrugated-board processing to replace the low-density polypropylene binding agent with renewable and biodegradable cornstarch. The package also featured a renewable soy-based ink. McDonald’s launched its newly designed micro-flute clamshell in 1993.

Fast forward 13 years. Today’s environmental focus now includes a wider appreciation of the sustainability benefits of this package. “In the manufacturing process, waste from clamshells is entirely recycled,” says Bill Burrows, CEO Burrows Paper Corporation. “A third of it goes into an insulation material, while two-thirds is repulped and returned into a new form of paper.

“Significantly less water is used in the manufacturing process for the three grades of paper that go into the micro-flute package versus SBS. We are extremely proud of the fact that the energy consumed in manufacturing the clamshell is matched 100 percent with renewable energy resources from such sources as biomass and hydro.”

McCracken added that the post-consumer content in the McDonald’s clamshell has increased over the years to a minimum of 46 percent today. Recycled content saved the equivalent of 2겨 tons of virgin fiber, based on 2003 sales figures, compared with the wrap/collar package. McCracken says, “The success of this packaging effort was truly improved by supplier collaboration.”

Starbucks environmental and packaging teams agree that supply chain partners are vital to a sustainability effort. Speaking about the first package in the U.S. to have post-consumer fiber in direct contact with food, Ben Packard, director of Environmental Affairs, Starbucks says, “This new cup is all about collaboration.

“During the past four years our supply chain partners Mississippi River Corporation, MeadWestvaco, and the Solo Cup Company were deeply engaged in this undertaking. Mississippi River took the lead in the effort to obtain a letter of ‘non objection’ from the FDA to allow recycled fiber to be in direct contact with food. This was followed by a year of safety, quality, and performance testing by the partners.”

Introduction of the new cups began earlier this year. Starbucks estimates that a 10 percent post-consumer fiber switch is equal to approximately 2꺜 tons of pulp per year. This transition will reduce Starbucks purchase of new tree fiber by more than five million pounds. Not only that, the higher demand for recycled fiber will mean a consequent lowering of waste being trucked to municipal landfills.

Using the Paper Calculator developed by the non-profit organization Environmental Defense, Starbucks estimates that its switch to the new hot cups will achieve the following annual environmental improvements:

The Starbucks cup paves a new path. The packaging community now knows it can develop packs with post-consumer fiber that have direct contact with food. This ultimately will mean additional benefits for the waste stream. In recognition of this groundbreaking achievement, the National Recycling Coalition presented its 2006 Recycling Works recognition award to Starbucks.

Pacific Natural Foods is another leading company whose actions are driven by a keen sense of corporate social responsibility. “Our mission is to provide innovative high-quality products that benefit customers, employees, and the environment,” says John Gehrs, president of the Packaged Products Division of Pacific Natural Foods, headquartered in Tualatin, OR. “A major focus of ours involves using less and recovering more.”

By using only two types of packages, aseptic product packs and corrugated shipping containers, Pacific Natural Foods minimizes material and energy usage. The company is proud of the fact that both packaging styles are recyclable.

Being socially responsible does not mean that sound business decisions are ignored. “The square aseptic packs help to maximize shelf space for the retailers,” Gehrs said. “The packages also show very well and draw attention. The point I’d like to make is that we are doing well by doing good. While no company has a true cradle-to-cradle package, we are moving in that direction.”

The concept of cradle-to-cradle packaging motivated Michael Brown, owner of Packaging 2.0, to try something new in the application of recycled PET. “Through my involvement in the Sustainable Packaging Coalition, I began to see that sustainability involves keeping these materials in maximum use for as long as possible,” he says. “My idea was to convert discarded PET bottles into high-end packaging, and then try to get those packages collected, recycled, and reused.”

The Co-op Food Stores of Hanover and Lebanon, New Hampshire, began a pilot introduction of the new clamshells in February. To help bring the packs into the recovery stream, Brown has met extensively with local and national recyclers. “Plastic bottles drive recycling in America,” says Brown. “My hope is that this effort makes the industry and the public more aware of the cradle-to-cradle concept and spurs new efforts in collection and recycling of custom plastic packaging.”

The Co-op Food Stores implemented an education and awareness campaign to inform consumers of the environmental, social, and recycling benefits of the new packs.

“Our members want Co-op Food stores to be a leader in ecologically sensitive packaging,” says Elizabeth Ferry, assistant director of education, Co-op Food Stores. “These new packs are a major step forward in meeting this desire. We use these in almost every department of our stores.”

Auchan, a leading European retailer, operates more than 300 hyper-markets and 600 supermarkets in 12 countries. The company is recognized for its emphasis on corporate social responsibility.

Auchan began its sustainability journey in 2004 when it discontinued use of disposable PE shopping bags in favor of only reusable, exchangeable bags. In 2005, Auchan began to move to renewable resource based packaging when it was functionally the same and cost competitive. This included the use of NatureWorks PLA (a biopolymer based on corn rather than petroleum), paper, and cellophane. Auchan believes that better communications are essential to inform and engage employees and consumers in their sustainability effort.

Auchan switched approximately 30 million salad and pastry packages from PET to NatureWorks PLA last year. The PLA containers are nearly 30 percent less in weight than comparable packs made from PET. Because of this decrease, Auchan will receive a 27 percent eco tax savings. Auchan estimates that the conversion to PLA will save 316ꯠ gallons of gasoline and 52껟괓 mega joules of energy a year. It will reduce greenhouse gas emissions by 6걂군 carbon dioxide (CO2) equivalents, which is equal to eliminating the CO2 emitted by driving a car 7.2 million miles in a single year. In terms of a business advantage, Auchan says NatureWorks PLA pricing is competitive and stable, while PET prices have historically increased with the price of oil. Auchan plans to switch private label packaging to NatureWorks PLA this year where it is cost competitive.

“The packaging industry is coming to realize that deciding to use an annually renewable material is only the first step,” says Dennis McGrew, president and chief executive officer of NatureWorks LLC. “To reach maximum benefit, the supply chain partners and brand owner must strategically address the design and manufacturing of the pack. For example, there was intense effort and collaboration between Auchan, the converter Vitembal, and NatureWorks to develop ways of reducing package mass and optimizing the converting process to achieve significant cost savings.

“There needs to be an educational effort to inform employees and customers about the advantages of the change. Planning for the environmentally sound post-consumer disposal or recovery of the package is essential.”

No company in the world has yet to produce a true cradle-to-cradle package. Yet growing numbers of suppliers, brand owners, and retailers are moving in that direction. As the examples in this article illustrate, companies are doing well by doing good. NatureWorks’ McGrew sums it up nicely: “Sustainability is a journey—a process that creates opportunity.”

Editor’s Note: This is the last article in a three-part series that explores sustainable packaging. Part One, which appeared in the February issue, described the environmental, social, and economic trends pushing the packaging industry toward sustainability. In March, Part Two examined internal and external strategies for implementing sustainable programs. The final installment presents the experiences of packagers currently implementing sustainable programs. This series of articles is on line at www.packworld.com. The author wishes to thank the Sustainable Packaging Coalition and its members for their generous assistance during the research and writing of these articles.

See sidebar to this article: A special thanks

See sidebar to this article: Beyond paper and plastic

See sidebar to this article: Sources of supply 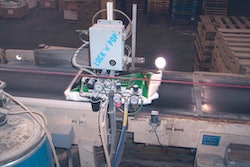 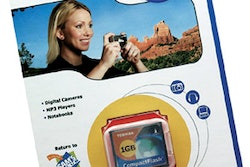