Film’s strength, rigidity, and thermoforming benefits make it Now Medical’s choice for a tray that contains a patented safety needle.

Each clear tray holds a single needle. In all, there are upwards of 20 different needles, in various gauges, needle lengths from 1¼2” to 11¼2”, and combinations that may include tubing or valve connectors. Two tray sizes are used for the different configurations: 31¼2”x31¼2”x11¼2” deep and 4”x4” x not quite 2” deep. The trays have no compartments. A polyvinyl chloride sheath or tube is manually slipped onto the needle to prevent it from puncturing the lidding, DuPont’s 1059B Tyvek®, a medical-grade material coated on one side with a heat-seal adhesive that adheres to the tray.

Now Medical introduced the HuberPlus, a safer version of the venerable Huber needle, about five years ago as a way to better protect healthcare professionals from accidental needlestick injuries when inserting or retracting a needle from a patient.

“Huber needles have been around 20 years or more,” says Dean Iwasaki, director of business development for Chadds Ford, PA-based Now Medical. “Years ago, needles or ‘sharps’ legislation was passed to help protect healthcare givers from being exposed to biohazards.

“This Huber needle device is used primarily for infusion purposes, often for chemotherapy for cancer patients. Patients are given an implantable vascular access port (IVAP) that is placed under the skin. The needle goes through the skin, then through the septum of the port. From there, you can infuse chemotherapy drugs or actually draw blood. The needle can be left in the port in the patient for several days in the hospital,” he says.

“When [a healthcare worker is] pulling the needle out of the port there’s what’s called a rebound effect,” Iwasaki continues. “As you pull the needle out, you encounter resistance and all of a sudden it just snaps or gives. That’s when people inadvertently stick themselves. We were the first company to address the safety needs about five years ago with the HuberPlus.”

Now Medical’s newest safety needle packed in the tray, the HuberClear, uses a collapsible clear-wing design, audible click, ergonomic grip, and small footprint. When it’s extracted from the IVAP, the wings fold over the needle and lock in place, making an audible click. That helps prevent accidental sticks that can lead to the transmission of blood-born pathogens, which can cause diseases such as hepatitis B and C, and HIV (human immunodeficiency virus).

Iwasaki points out that there are competitive Huber needle manufacturers, but he estimates that only one-fourth of such needles are packed into a deeper tray, or “tub,” as he calls it.

“There needs to be some rigidity in the tray because of how the device is designed,” says Iwasaki when asked what’s required of the tray. “We can’t put it into a flat package because there’s the possibility that if any pressure was applied to the package, the device could breach that package. So that was the purpose of putting it into a tub with rigidity. Also, the product is sterile and must maintain its sterility for up to two years.”

Trays are thermoformed by Flexpak Corp. Ed Berger, Flexpak’s vice president for business development, says, “Now’s previous [supplier] was acquired by a bigger company and opted out of the thermoforming business. We took over the existing thermoforming.”

Since Flexpak assumed thermoforming responsibilities for the tray, it has used the Pentamed films in 25-mil thickness for both tray sizes. “We use Klöckner Pentaplast medical film almost exclusively for all designs,” says Berger. “We have a long-term relationship stretching over many years. In this instance, we use Pentamed rollstock for its impact strength, formability, and clean die cutting.”

Flexpak forms the trays on a Sencorp 2500 machine with custom tooling created in-house. In the process, the Pentamed film is taken up by a pin chain to an oven where it is heated on both sides. It’s then indexed to a forming station where the customized tooling is mounted. There it is vacuum-formed using pressure and mechanical assistance. Trays are then cooled and indexed to a cutting station where they’re die-cut to finished footprint specifications. Once removed and inspected, the thermoformed trays are double-bagged on the line, placed in corrugated boxes, and taped shut to keep out dust.

Now Medical’s Iwasaki explains that the needle maker chose to work with Flexpak based on the recommendation of Integra Biotechnical LLC, the firm that assembles and packages Now’s safety Huber needle in Tijuana, Mexico (though the company’s main headquarters are in Vista, California). Only two tray-design concepts went back and forth between Now Medical and Flexpak before the right one was achieved.

Jim Boone, Flexpak’s technical director, says the companies talked extensively three and four times a day for two weeks while working up the design. “We had to design it and make several modifications,” he recalls. He says that there were several unique features in the forming. “The tray is small due in part to the fact that a Huber needle is a right-angle needle. With Pentamed PETG film we got good results. The film protects the needles against damage.” Iwasaki adds, “Flexpak hit the molding specifications in two shots. They produce quality parts.”

Once the design was approved, Now Medical had to qualify Flexpak as a new vendor and validate the integrity of the package’s sterility, “which was easily assured with the use of Pentamed PETG,” according to Flexpak’s Berger.

The trays, lidding, and the raw materials used to make the needles are shipped to Integra in Mexico for cost-effective assembly and packaging. Integra workers assemble the safety Huber device, apply the PVC sheath over its needle portion, and then hand-pack it into a tray. Integra uses a Belco Packaging Systems BM Standard 2020 medical tray sealer to heat-seal the Tyvek lidding onto the tray.

The Belco machine indexes trays into its two-station tray-sealer chamber. A sealing fixture shuttles into the sealing chamber. A heated platen applies pressure through the lid to activate the adhesive that creates the seal between the lid and tray.

George Walker, founder and owner of Integra Biotechnical, explains that the lidding material is converted by Amcor. “It preprints the fixed information, such as the Now Medical name, legal claims, and instructions, onto the top film web, in reflex blue color. The company slits the film and perforates it” between each lid footprint on the web.

As the film web unwinds, a Pressiza-brand thermal-transfer printer from RSI ID Technologies prints variable data in black. This includes a reorder number, description of a particular needle, lot number, and product code. Integra packs 25 lidded trays per corrugated shipper. These cases are taped shut, palletized, stretch wrapped, and then shipped to a company called Steris in the United States for ethylene-oxide (EtO) sterilization. Sterilized loads are subsequently transported back to Integra for warehousing and distribution to Now Medical’s customers.

Walker explains that through an ERP (enterprise resource planning) system, Now Medical can access Integra’s database to enter orders, which they typically do every half hour, he says.

Integra distributes cases to hospitals and clinics in the United States. A hospital may order 12 to 20 cases, while a small clinic may order three. Now Medical’s safety needles are also distributed to South America, Canada, and Puerto Rico.

Iwasaki says the package provides many benefits to healthcare professionals. “The lid peels off easily, and the trays are clear. Visualization of the device by clinicians is important because it comes in several different needle gauge lengths and sizes. Just looking through the plastic tubs, [personnel] can determine what size the device is. It is convenient for the end user. We’ve been happy with the Klöckner material.” —Jim Butschli 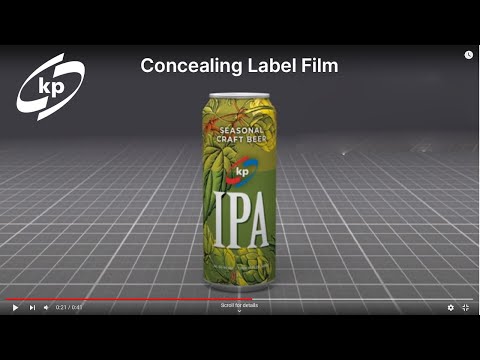 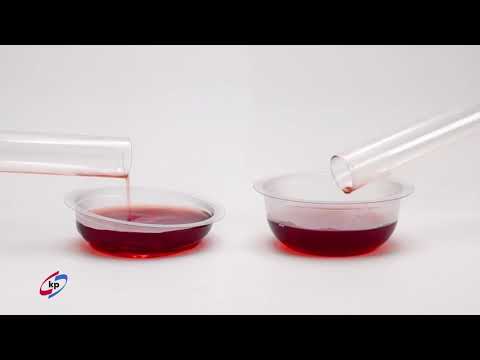 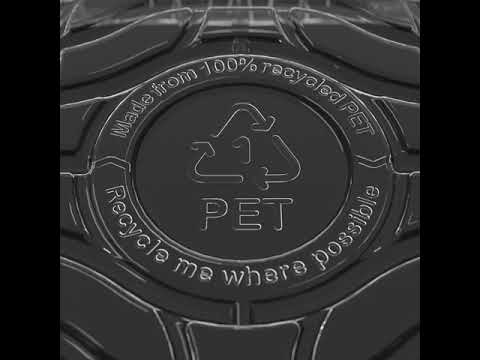 We use 100% recycle PET in our products