After a tour of Japan by Solway Foods, Corby, England, the sushi processor and packager embarked on a plan to develop an unusual three-dimensional thermoformed tray and lid that it uses for what it calls “adventurous sushi” for Tesco supermarkets. “We wanted a real step change in packaging to make this new product range stand out in the store,” says Garry Bryan, packaging manager for Solway Foods.

The line of products include smoked eel, arctic surf clams, and raw fish that look very colorful inside the deep black glossy trays made of 15-mil polyvinyl chloride by Pactiv Europe Foodservice Packaging (Stanley, England). But the three-dimensional shape of both tray and lid were difficult to die-cut, says Colin Stoddart, Pactiv’s design and development manager.

More or less against the wishes of the thermoforming machine manufacturer, Pactiv engineers built a new lightweight, self-contained cutting assembly. “When cutting in more than two planes, misalignment could cause damage to the tooling or machine,” Stoddart says. “We had to insulate the assembly from the rest of the machine so we could apply some heat to the knives.”

At Solway’s plant, the trays are hand-filled, and the lid is partially secured with mating crush buttons at the corners. The pack is then fed through an automatic labeler that applies a clip-style pressure-sensitive label from the bottom around the top and back to the bottom of the tray. This provides tamper evidence, Bryan says. The narrow label also highlights the “display until/use-by” date that’s printed by an ink-jet coder. Another label is applied to the bottom of the tray that has all the required nutrition information. The products have a shelf life of three days from date of packaging, even though they are distributed through Tesco’s terminals.

Although Solway and Tesco are both delighted with the appearance of the black trays and clear lids, Bryan says the public has responded with a “mixed reaction.” Some varieties sell better than others. “Perhaps our customers just aren’t adventurous enough for these items,” Bryan says. —AO 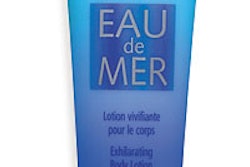 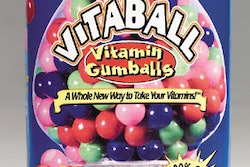 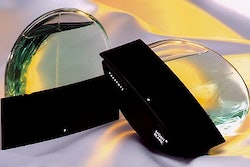