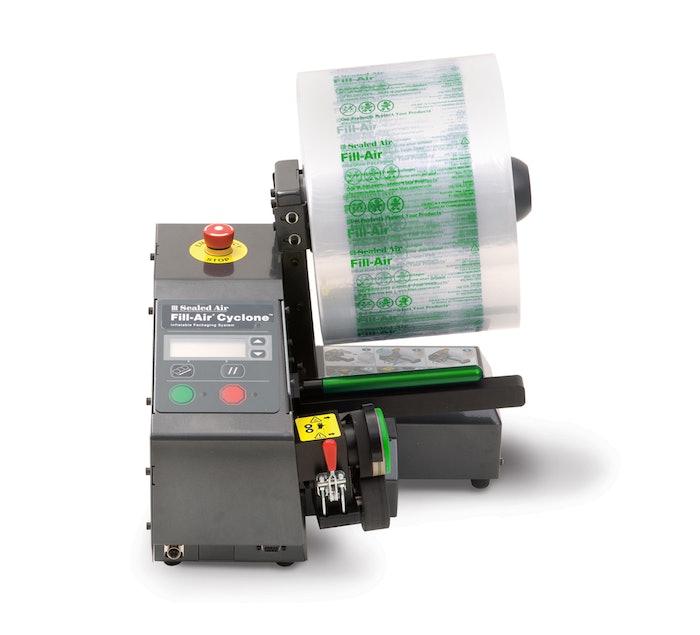 It can be used on the Fill-Air 2000 and Fill-Air Cyclone packaging systems to quickly create air-filled cushions for void-fill applications.
Fill-Air R5 film is a verifiably sustainable inflatable void-fill solution.  It reduces the use of petroleum-based raw materials, lowers carbon footprint compared to standard Fill-Air Select and Ultra films and is capable of being reused or recycled.

The film contains a minimum of 10% thermo plastic starch (TPS) resin, which is derived from an annually renewable source. The resin also contains a minimum of 10% pre-consumer recycled content derived from film manufacturing facilities. Packers reduce the amount of material used when packaging with Fill-Air R5 film compared to other materials such as polystyrene peanuts. Because of the film’s strength and superior air retention, customers can reuse Fill-Air cushions made with Fill-Air R5 film in other packages. The film may be recycled with polyolefin films through local recyclers or by sending it to the Ameripak Recycling Center.