Milwaukee gets word out on plastic film recycling

Milwaukee Mayor Tom Barrett and a coalition of businesses, government agencies, and recycling advocates have launched a campaign to significantly increase recycling of plastics bags and other plastic film products, such as wraps for everyday consumer products.

The Mayor joined Department of Public Works Commissioner Ghassan A. Korban and members of the grocery, plastics, and recycling community to spread the word about plastic film recycling. The Mayor also declared October as “Milwaukee Plastic Film Recycling Awareness Month.” The recycling awareness campaign includes a variety of public outreach methods, including radio advertising sponsored by Bemis Company and Ziploc®.

The campaign is part of Wisconsin WRAP (Wrap Recycling Action Project), a public/private partnership that promotes recycling of plastic film beyond bags. The partnership includes the American Chemistry Council’s Flexible Film Recycling Group, the Wisconsin Department of Natural Resources, and GreenBlue and the Sustainable Packaging Coalition.

“Many Milwaukee residents already know that they can take back plastic grocery bags to many retail stores for recycling,” says Steve Russell, Vice President of Plastics for the ACC. “But they also can take back other plastic bags and wraps, such as zip-top food storage bags, the bags for newspapers, produce, bread, and dry cleaning, and even the plastic wraps from products such as paper towels, diapers, cases of water, and more.”

Plastic bags and wraps do not go in Milwaukee’s curbside recycling bins—instead, they are returned for recycling to many major Milwaukee grocery and retail stores such as Roundy’s, Pick ‘N Save, and Target. Consumers can simply collect clean and dry bags and wraps in a plastic bag and then drop them in a storefront recycling bin. Consumers can check a website to identify what can be recycled and the closest recycling locations.

The plastic bags and wraps are recycled into products such as new grocery bags, benches, and decking for homes.

The mayor also stresses that recycling more plastics does more than help the environment—it can help local businesses and expand jobs, too. The Milwaukee campaign is expected to increase the supply of recycled plastics, attract new investment and jobs in plastics recovery and manufacturing, and serve as a model for other areas in Wisconsin and other states.

The Wisconsin Department of Natural Resources estimates that $64 million worth of plastics is buried in state landfills each year, and notes that recycling more plastics would reap substantial environmental and economic benefits. 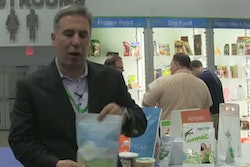 Flexible pouches and containers with 360° graphics 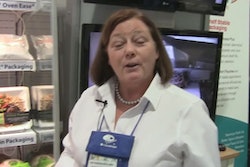 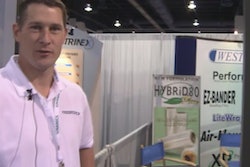 Get a pallet wrapping machine for free?