Clear pouch claims to be first 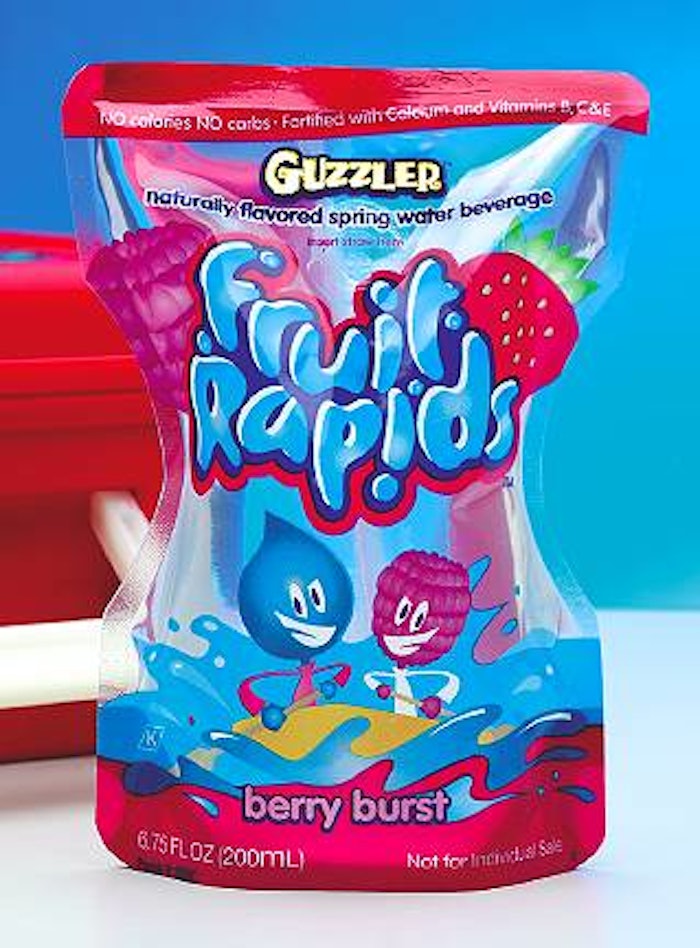 It’s claimed to be among the first clear pouches in a category where opaque metallized films or foil-based laminations dominate (see CapriSun from Kraft Foods and Hi-C Blast from Coke’s Minute Maid Div). Details were sketchy as Packaging World went to press, but here’s what’s known about the pinch-waisted, bottom-gussetted Fruit Rapids pouch.

American Beverage Corp., the Verona, PA-based firm that sells Fruit Rapids, has it contract packaged by SaddleSprings Beverage Corp. That California firm, which has patented the clear pouch, owns proprietary pouch-making equipment at Winpak of Winnipeg, Canada, so the pouches are made there. The equipment forms the pouches from proprietary rollstock material that combines a coextruded substrate in a lamination that looks essentially like this: polyester/PE/EVOH/PE/LLDPE. The 48-ga clear polyester is reverse-printed flexo in seven or eight colors. Finished pouches are sent to Olmarc in Northlake, IL, for filling on hot-fill equipment that SBBC owns. Straws are attached at Olmarc, too.

And why a pouch that’s clear? It’s all about differentiation. “There’s nothing out there like it,” says marketing manager Michael Sergeant. Kids, he adds, are the target demographic.

Eight-count corrugated cartons of Fruit Rapids sell for about $2.49. Shelf life is nine months. “We’re used to operating blowing and filling operations of our own, but pouch filling is new to us,” says Sergeant. “That made contract filling an obvious choice in getting this launched.”