Among the latest to test the Triton(TM) paperboard carrier from International Paper (Memphis, TN) is Clearly Canadian. The firm, based in Vancou-ver, British Columbia, Canada, begins testing the laminated wet-strength paperboard carrier this month in Georgia and Florida on four-packs of 500-mL polyethylene terephthalate bottles. 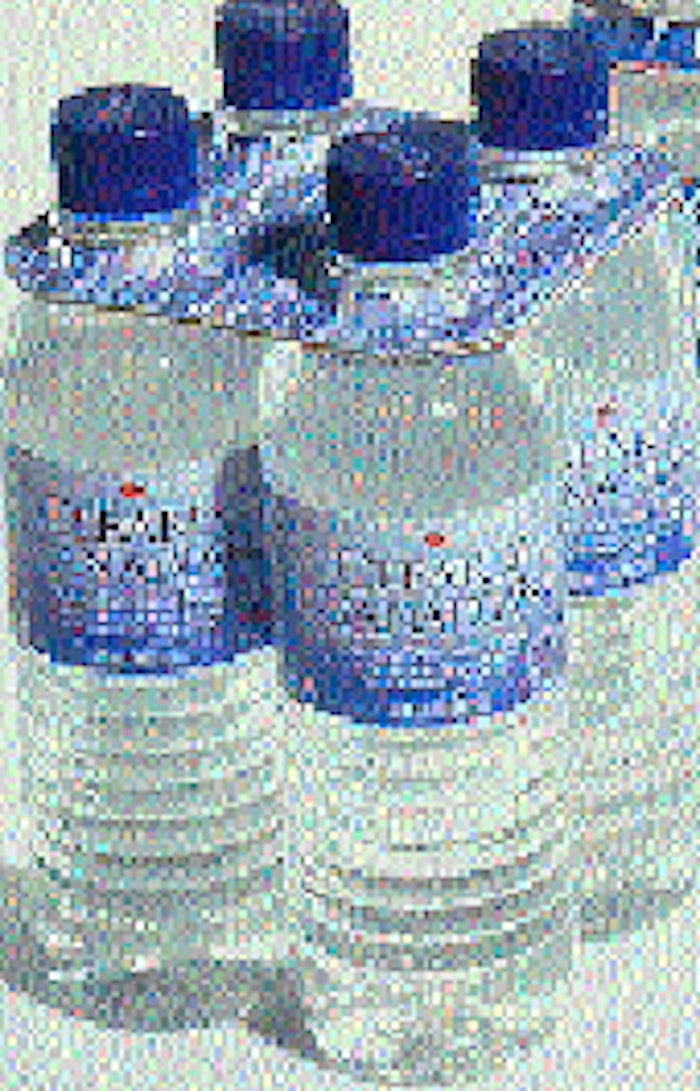 The product is a new one, called Clearly Canadian Natural Artesian Water, and differs from the firm's previous offerings in that it is a still, non-carbonated water. According to Yvonne Allen, packaging specs coordinator at Clearly Canadian, the Triton has a combination of advantages over other options. It has a "perceived environmental friendliness," says Allen, compared to plastic ring carriers or film shrink wrap. Its billboard effect is comparable to a conventional basket carrier while it's considerably less costly. The firm also plans to incorporate special promotional messages periodically on the carrier. The Triton carriers are being applied manually by a Clearly Canadian distributor in the test region. "Once we're certain it will be accepted in the trade, we'll look at installing equipment in our bottling facility in Guelph, Ontario," says Allen.