Reduced-fat food products continue to be a key weapon in the new-product arsenal at Nabisco Foods Group, Parsippany, NJ. The success of such products often hinges on the quality of the packaging materials that are specified. 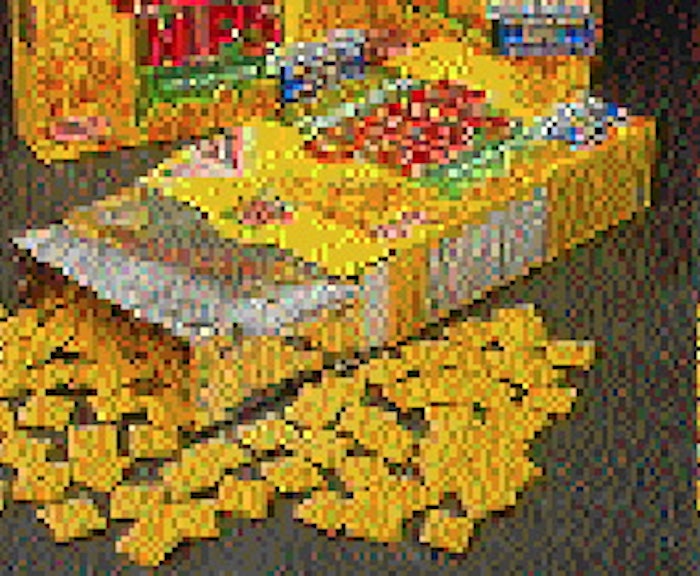 "Both flavor and aroma tend to be lost more readily with a reduced-fat product," says Dave Elsinger, senior packaging engineer at Nabisco. So when Nabisco introduced its Reduced Fat Cheese Nips® in a 12.5-oz bag-in-box package, barrier properties capable of retaining cheese flavor and odor were among the most critical issues in choosing a film structure. The selection: 60-ga metallized heat-sealable Torayfan® PMX, an oriented polypropylene, laminated to an outer layer of 60-ga clear Torayfan F61 W OPP. Nabisco also considered a nylon-based coex structure, says Elsinger, which offered good aroma barrier. "But it fell short of our 0.06 g/100 sq in/24 hr moisture vapor transmission rate barrier requirements," he says. The Toray lamination, on the other hand, tested as low as 0.024 g/100 sq in/24hr." Available now in certain regions, Reduced Fat Cheese Nips should be in nationwide distribution early next year.