Plastic bottles holding a range of adhesives sold by Toagosei Co. Ltd. in Japan are now being put into secondary packaging that includes MoistCatch, a moisture-absorbing component that eliminates the need for adding moisture-absorbing desiccant pouches.

Details are scarce, but this development seems worthy of some coverage only because of how unusual a breakthrough MoistCatch, which comes from Kyodo Printing Co., appears to be. Kyodo Printing claims that with MoistCatch it has found a way to combine a moisture-absorbing component in the resin itself. It would be nice to know what resin, but that’s one of the many details Kyodo Printing is not willing to share. Apparently, the film structure in the photo shown here is a lamination that includes PET/foil/MoistCatch/sealant layer—at least, that’s the structure described as “typical” in on-line literature from Kyodo Printing.

The adhesives sold by Toagosei—which, by the way, fly under the Aron Alpha Instant Krazy Glue brand in the U.S.—are extremely sensitive to moisture. By putting the primary package (whose material composition Toagosei chooses not to identify) into the MoistCatch standup pouch, shelf life is extended—apparently. 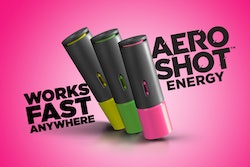 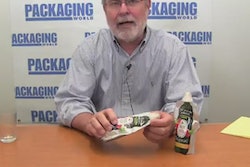 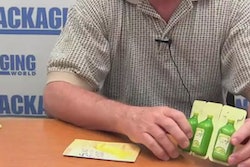