TerraCycle: Packaging with a repurpose

The procurement of retail packaging based on discarded containers won’t work well for most products, but it works perfectly for “liquid worm poop” and related plant-food products from TerraCycle, Trenton, NJ.

The company’s certified organic products are packaged in discarded 1- and 2-L, and 20-oz soda bottles that have been collected and shipped at TerraCycle’s expense from around the country...in reused boxes, of course. It also uses 1-gal HDPE containers the company procures from local recyclers for other products. The company sorts, cleans, delabels bottles if needed, then shrink-sleeves, fills, and seals them using discarded sprayers or caps.

These and other eco-friendly initiatives are all part of the company’s aggressive commitment to sustainable packaging. Both its products and its packaging are from waste. As far as carbon footprints go, TerraCycle’s packaged products leave barely a trace. Last fall, two independent environmental groups each named TerraCycle’s plant food “the most eco-friendly product” they have evaluated. In fact, its Web site states that TerraCycle Plant Food is the first mass-produced consumer product to have a negative environmental footprint.

The company is redefining what it means to be a “green” company through new products based on waste, and unique eco-based initiatives. For example, it is involved with collecting and turning used drink pouches into purses and, in a new agreement with Stonyfield Farm, converting discarded yogurt containers into artful flower pots (see sidebar p. 35: “New products from old packaging”).

The company is based on a business concept built on combining waste and worms to produce worm waste. About three years later, in late 2004 its plans accelerated when the company made “a very small splash” in the market, says Albe Zakes, “eco-revolutionary” and company director of public relations. That’s when its flagship product, liquid worm poop, was sold online at Homedepot.com.

At the core of its business concept—and the aspect that Zakes is most proud of—is TerraCycle’s Bottle Brigade, representing nearly 4,000 volunteer organizations throughout the United States. These groups collect the used containers and ship them to TerraCycle at the company’s expense.

Started in late 2005, our Bottle Brigade is basically a recycling program, though we are not recycling the bottles, we are reusing them,” explains Zakes. “It’s good for the environment because we’re saving the bottles from the trash, but it’s also good economically for our bottom line.”

For every bottle received, TerraCycle donates 5 cents to a nonprofit organization of the sender’s choice.

“The majority of our locations are schools that are raising money for their own activities,” says Zakes. “We also have many churches and houses of worship, and retailers and businesses that collect bottles to support a local charity.”
Many will think that the cost and logistics of the Bottle Brigade don’t make business sense, and they would be right. But to TerraCycle, it’s about encouraging kids and adults to recycle.

“It’s not just a source of eco-friendly, cheap packaging for us, it’s an opportunity to really show people how easy and beneficial recycling can be,” Zakes says.

The program is so successful that it currently has a surplus of upwards of a quarter-million 20-oz bottles in storage Zakes estimates, and is no longer accepting new organizations to the Bottle Brigade. Rather than scale back the incoming donations, the company is trying to find new ways to use them, as well as the 16.9-oz and 24-oz bottles it receives that it cannot currently use. “Either people don’t realize the size difference or they just don’t care—a bottle is a bottle in their minds,” suggests Zakes. Those are currently cleaned and stored until the company figures out what to do with them.

How will it use its surplus? “We’re challenging ourselves to find new products to put in these 20-ounce bottles and finding new retailers that will take our product, and that way we will use the surplus,” Zakes says.

All told, it receives about 7,000 to 10,000 bottles a day, that it sorts and washes in industrial washers, Zakes says. The company is “brand agnostic,” accepting bottles that previously contained Coke, Sprite, Pepsi, Mountain Dew, or other brands. It obtains most of its 1-L bottles from local recycling centers and also purchases from Coke and Pepsi bottlers’ their extra and off-spec 2-L bottles. It also has a surplus of 1-gal HDPE milk jugs sourced from towns in New Hampshire, Vermont, and locally. “For every milk jug, we give 10 cents to a local school,” says Zakes.
The condition and variety of bottles varies. “The problem is that 20-ounce bottles come in a variety of shapes and sizes, and there are many that we can’t use,” says Zakes.

TerraCycle’s repackaging process is semi-automatic. The “semi” part relies on 10 to 20 workers, depending on seasonal demand, while the automatic part relies on in-line fillers. During the busy production season, from November through March for spring sale, the operation runs 24/7. The company receives about 100 Bottle Brigade boxes via UPS daily. Zakes say it is still reusing the original unlined corrugated boxes it started with.

The boxes are opened and unloaded, and the bottles are inspected. Personnel reject bottles that are crushed or excessively dirty and send those particular groups e-mail notices. Clean, delabeled bottles earn the sender a penny premium to the nickel per container TerraCycle pays.

Next, bottles are washed to clean them and remove the labels; labels not removed are cut off. Bottles are then dried and readied for labeling, which Zakes claims is the only part of its entire process not based on reused materials. The 50-micron PETG labels are printed in eight-color flexo by Color Craft Label Co.

The bottles are sleeved manually before the labels are shrunk inside a heat tunnel. A “one size fits all” arrangement means workers place 1-L and 20-oz bottles in the cross direction, while 2-L bottles are placed lengthwise into the tunnel. From there, the bottles are run through one of three straight-line fillers, each dedicated to 20-oz, 1-L, or 2-L bottles. The fillers are from JDA Progress Industries, including a 12-head Model PF 5000 in-line unit installed in 2007.

“The fillers work well and are durable,” notes TerraCycle’s Robin Tator, who heads TerraCycle’s innovations department for new products and its systems development for manufacturing. A cap or sprayer—it uses “seconds,” naturally—is added manually to seal the bottles.

TerraCycle’s timing and retailers’ reactions have both been positive, according to Zakes. “Major retailers like Wal-Mart and Home Depot are making a serious, very public move to sustainable products. For that reason, retailers have been very supportive of our product.”

The products’ homemade aspect helps them stand out on shelf for reasons good and bad. Part of its uniqueness is the individuality, as side-by-side containers can appear different due to the bottle or the sprayer.

“They do look a little funky, and sometimes a little ugly on the shelf,” acknowledges Zakes. “A standard label on bottles of different shapes and colors is obviously not going to look uniform. That is a new thing for retailers, and sometimes they have a little trouble getting over the fact that some of the labels are crinkly, or the words are a little bit misshapen on the label because of the shrink process. But retailers are becoming more accepting of a product like ours because of its eco-friendly value.”

And what about consumers’ reaction?

“That’s another hurdle that we’re getting over,” responds Zakes. “People tend to be mistrustful of new or unfamiliar products, and of products that don’t look like they were ‘super-professionally’ made.” He says the problem is mainly with its 20-oz bottle; the 1- and 2-L sizes are straight-walled bottles that provide a smooth surface for the label.
Yet there’s a silver lining with the products’ “funky” appearance, adds Zakes. “It also helps with consumers’ [awareness], because we are known as the brand that put liquefied worm poop in reused soda bottles. That gives us a lot of brand recognition on the shelves.”

Poster children
As of mid-August, TerraCycle has “rescued” a total of more than 2 million containers through its Bottle Brigade and other programs, Zakes estimates.

Although it’s an expensive program to operate, TerraCycle remains committed, Zakes asserts. “The Bottle Brigade program costs us an extraordinary amount of money. Shipping costs, administrative overhead, labor costs to clean the bottles—it all adds up. Plus we’re paying five or six cents a bottle, though we could get them from a recycling center for a half-cent each.

“It’s a sacrifice that the company has made because we help thousands of kids to recycle. Teachers call us often about curriculum they’ve built around our program, and about one of every 50 boxes we receive includes a poster about the environment that kids have made for us. It’s really a cool program! So although the Bottle Brigade program is not as cost-effective as reused packaging could be, it’s a worthy cause anyway.

“We’ve yet to turn a profit, and that is one of the reasons. But we’re in for the long haul, and we hope that our positive, socially responsible practices will pay off in the long run.”

Perhaps in this environmentally conscious period, the worm has finally turned. 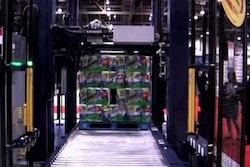 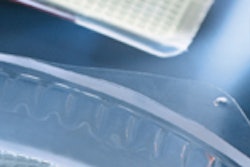