At the CPA Annual Meeting, FPA President Alison Keane shares how the organization is working to help shape legislation around plastic packaging, rather than just react to it.

There is a global war on plastics that began with consumers’ concern around plastic packaging pollution and has resulted in legislation in countries around the world. While Europe has enacted the most aggressive directives thus far in restricting the use of plastic packaging—in particular, single-use plastic packaging—many U.S. states have been extremely active over the last year proposing similar regulations, and 2020 is shaping up to be an even busier year.

At the 2020 CPA Annual Meeting, held by CPA, The Association for Contract Packagers and Manufacturers, in Austin, Tex., in February, Alison Keane, President of the Flexible Packaging Association (FPA), advised attendees on the current legislative initiatives around packaging and what the FPA is doing to try to help shape—rather than react to—these laws.

The FPA is an association representing flexible film converters and the film and resin companies that supply those converters. As Keane explained, FPA members have a huge stake in ensuring that U.S. state and/or federal legislation around single-use plastics is based on science, rather than emotion. “Over 70 percent of the materials our members use are resin and film,” she said. “And this goes to why the anti-plastic sentiment is so important to us right now.”

In its 2018 State of the Industry Survey preliminary data, FPA learned that 49% of the $31.8 billion in sales of flexible packaging in the U.S. comes from food, followed by beverage, medical and pharma, and consumer product applications, at 9% each. Other markets include personal care and other non-food at 7%, industrial applications at 6%, pet food at 3%, and tobacco at 1%.

As Keane explained, flexible packaging’s share of the retail market is only about 27%. This does not include flexible’s share in institutional or industrial markets. “So with just 27 percent of 100 percent, there’s still far more to be had,” she noted. “Our estimated growth rate is about one percent from a retail shelf standpoint.”

Keane also shared that both globally and in the U.S., flexible packaging is the fastest-growing segment of the packaging industry. “We have a very, very steady growth rate in the U.S., somewhere between two percent and three percent, always at least equal to or above GDP,” she added.

Before Keane joined FPA in late 2016, the association was not an advocacy group. But Keane, who formerly held the position of Vice President for Government Affairs at the American Coatings Association, saw the writing on the wall when it came to the future of legislation around plastic packaging. “When I took this job three years ago, I said to the executive committee that hired me, ‘We have about five years before this hits,’” recalled Keane. “I was wrong; it was three years.”

Now a major part of FPA’s mission is to promote and protect the flexible packaging industry through advocacy, especially at the state level. “Right now, I think it’s one of the most important things we need in the packaging industry, as we’re really under fire,” Keane explained.

At the federal level, two comprehensive bills around plastic packaging have been proposed: the Break Free from Plastic Pollution Act of 2020 and the RECOVER Act, proposed to increase recycling rates. While Keane says they are “absolutely not going anywhere, ” they are important because “they are leading indicators of what’s coming down the pike.” Components of the proposed legislation include a plan for Extended Producer Responsibility (EPR), which puts the cost of collection and recycling in the hands of Consumer Packaged Goods companies that use the packaging and their plastic packaging suppliers, bottle bills, mandated percentages of recycled materials in PET packaging, and more.

There is also proposed legislation at the state level, in particular in California, Washington, Maine, Connecticut, and New York. “What they’re talking about is the lack of recycling infrastructure in the U.S., even for readily-recyclable materials,” explained Keane. As a result, the bills call for a tax on packaging to subsidize the current infrastructure or pay for a new infrastructure. In Maine, proposed legislation would have producers pay 200 times the amount it would cost for their packaging materials to go to landfill if the materials are not readily recyclable.

What makes flexible packaging especially vulnerable is the fact that for the most part, it is not recyclable (although there has been some innovation around monolayer pouches that are in-store recyclable). Because of this, some legislation recommends that CPGs move to other materials, unaware of the unintended consequences, such as compromised food safety and food waste resulting from a switch to other package types. In addition, from a lifecycle perspective, other materials, such as glass, have a higher environmental footprint. “Many municipal governments aren’t even taking glass anymore for recycling, as there’s no outlet [end use] for it,” Keane noted.

As part of its advocacy for plastic packaging, particularly flexible materials, both in legislative arenas and at the consumer level, FPA has embarked on a number of initiatives. First is education. One key concept the FPA wants to convey is that flexibles are not single-use packaging. “That’s really important, because that package has not only protected your product from processing to the retail shelf or to e-commerce, but it’s also protected it in your home, providing a longer shelf life and freshness while it’s in your refrigerator,” said Keane. “It can’t just be about recycling.”

Other factors beyond recycling that are essential to consider in determining the environmental impact of a package include energy and water use, fossil fuel consumption, greenhouse gas emissions, product-to-package ratio, and more. “Not all packaging is created equal, and recyclability should not be the only litmus test for sustainability,” Keane noted.

To educate consumers and legislators on the environmentally beneficial aspects of flexible packaging, FPA has published a series of free case studies that compare different package types against flexible pouches in six industries: coffee, baby food, cat litter, motor oil, liquid laundry detergent packs, and single-serve juice beverages. “They are really friendly infographic sheets you can use to almost give CPGs cover when you’re trying to transition them from a can to a pouch, or a rigid package to a pouch, whatever it may be,” said Keane.

Other educational initiatives have included an expansion of CPA’s social media platform and a microsite, perfectpackaging.org, solely for consumers that breaks information down into small tidbits with links to the wider scientific results. “This is an emotional issue, so we can’t just fight it with science. We have to fight it with facts and figures that are easy to understand—that elevator speech that us lobbyists love so much—and get that word out,” Keane emphasized.

At the same time, the FPA is also working to improve end-of-life options for flexibles by forming partnerships to collect flexible materials and by pushing for investment in alternate methods of recycling. One initiative it is participating in is the Materials Recovery for the Future project (MRFF), which is working to tweak the current mechanical recycling infrastructure so that when flexibles enter the stream, they can be separated from PET, paper, and cans so they don’t contaminate the recycling stream. The next step is to find value for those flexible materials.

In another project, the Hefty EnergyBag Program, FPA is partnering with Reynolds Consumer Products to supply households with orange bags that can be used to collect non-recyclable materials. Once full, consumers place the bags in their recycling bin for collection. From there, the film, foam, and other materials are converted into energy, fuel, and durable building materials.

FPA has also begun advocating for a technology called plasma gasification in a partnership with the University of Florida. With this technology, those materials that cannot be recycled through mechanical methods can be fed as mixed waste into a system that converts it into syngas, a building block for many chemicals, including those used to create new plastics for packaging. “I was just up on the Hill on Tuesday working with some congressmen and two senators from Florida to try and get some loan guarantees or tax credits, so that folks would feel comfortable investing $120 to $180 million on one of these [plasma gasification] units,” Keane shared. While this is a hefty investment, the ROI on a plasma gasification facility is just four to five years. “So it makes good economic sense, and it really builds an infrastructure here in the U.S. for not just our materials, but essentially any mixed waste,” she added.

In June of 2019, FPA gathered together members of its executive committee to determine its policy positions on recycling, EPR, and other plastics bills. In other words, said Keane, what would the FPA want if it were able to drive legislation, rather than wait for state or local governments to drive it for them. These positions and key concepts include:

·      Lifecycle benefits must be credited (i.e., it’s not just about recyclability).

·      Waste-to energy is a viable short-term solution for flexibles’ end of life, until more robust recycling technologies are available. “It’s not just burning for burning’s sake,” said Keane. “It does make a beneficial product. It might not be turned into the exact same product that the circular economy folks like to see, but it’s a beneficial reuse. And in the short term, while we’re waiting for things like plasma gasification to come up to scale, if you really want to herd things from landfill, we should be able to use waste-to-energy.”

·      Any EPR funding must support infrastructure development for today’s packaging waste (i.e., currently non-recyclable materials such as flexible film packaging). In this regard, FPA has also joined an industry collaboration led by the Consumer Brands Assn. Called the Recycling Leadership Council the group has been organized to build a public policy framework to fundamentally reimagine the U.S. recycling system. The framework, called The American Recycling Roadmap, will seek consistency in the recycling system and guide advocacy at the federal, state, and local level.

In concluding her presentation, Keane told attendees that even with all the “gloom and doom” surrounding plastics legislation, “there’s a lot of good stuff going on.” She added, “There’s a lot of great innovation. You folks are not waiting for a magic bullet—everybody’s working on this together.

“What we need from policymakers is time. We need to make sure they understand why so many consumer product companies have gone to flexibles, both from an environmental standpoint and also from a food health and safety standpoint. We need to generate discussion throughout the entire supply chain.

“Before I took over FPA three years ago, we were never really an advocacy organization. Our folks made packages, and everybody bought them. And I’m really telling everyone now, you can’t just rely on that anymore. You really need to get involved in the entire supply chain, you need to be proactive, or you will not be supplying your packages anymore.” 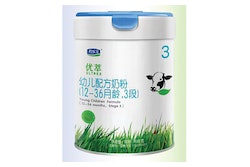 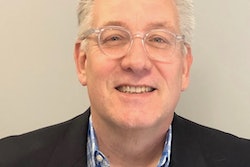 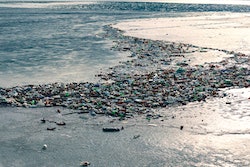 Solutions for a Circular Plastics Economy