After 12 months of huge online shopping surges while COVID-19 took hold in the U.S., e-commerce growth slowed significantly year over year during the second quarter, according to U.S. Department of Commerce figures released Thursday. The deceleration in consumer spending was expected because Q2 benchmarks against the peak of online pandemic shopping in the same period in 2020. Also, as more U.S. consumers received the vaccine in Q2 and coronavirus cases declined, shoppers flocked back to physical stores and shifted some of their dollars to the brick-and-mortar channel from e-commerce sites.

Digital sales hit $211.70 billion in the second quarter, up a modest 9.3% from $193.62 billion for the same period the prior year. In Q2 2020, e-commerce soared by nearly five times that rate—a record 43.7% year over year—and each quarter since then registered growth in the 30-40% range, according to Commerce Department data. The 9.3% uptick marked the slowest year-over-year growth rate of any quarter or year since the Great Recession in 2008. But the fact that consumers’ online spending during Q2 still increased over the same three months in 2020 is noteworthy as it’s the first full period that can be compared with another pandemic quarter rather than a typical year with normal buying patterns.

Nearly $1 in every $5 spent on retail purchases continued to come from digital orders in the second quarter, according to a Digital Commerce 360 analysis of Commerce Department data, and online’s share of total retail sales was still elevated from pre-pandemic levels. But penetration dipped—down to 18.6% in Q2 from 20.3% during the same time last year.

Historically, digital’s share of total retail sales has grown incrementally each year as shoppers get increasingly comfortable purchasing items online and retailers fine-tune e-commerce operations to deliver products more quickly. But the pandemic turbocharged that trend. Temporary store closures in Q2 2020 and then lingering consumer anxiety over being in crowded spaces during a global pandemic pushed many to shop on the web—some for the first time, many in new categories and nearly all more frequently. And that gave a sizable boost to online penetration. But in the most recent second quarter, different factors were at play.

Q2 2020 spanned a period when offline retail declined 4.4% because many physical stores were shuttered. This year, offline sales for the quarter jumped 22.2%—the highest-ever recorded growth for the channel—as more shoppers headed to the stores. And because offline retail spiked at more than double the rate of e-commerce in Q2 2021, penetration dropped accordingly.

Thanks in large part to the surge in in-store shopping from April-June, total retail had a big quarter. Sales through all channels reached $1.14 trillion last quarter, up from $953.80 billion in Q2 2020. That 19.6% increase is by far the highest year-over-year lift for any quarter or year dating back to at least 1993, which is the first year for which growth is available through Commerce Department data. Q2 2021 marks just the third recorded time total retail growth reached double digits—with the other two periods coming during the pandemic.

This year’s record bump in retail spending signified a big recovery in overall spending, which increased by just 2.6% in Q2 2020 as e-commerce gains were enough to entirely offset declining store sales. However, for the most recent second quarter, digital sales accounted for just 9.7% of total retail gains.

Amazon.com Inc.’s annual Prime Day, a two-day sale that the web giant moved to Q2 this year, helped boost both the company’s own revenue growth and the performance of the overall e-commerce market for the period.

The retail event typically causes a spike in online shopping as deal-seekers check Amazon and other retailers, which are increasingly offering competing sales to capitalize on the extra web traffic, for discounted products. U.S. consumers spent $7.22 billion on Amazon during Prime Day—a sizable jump over a regular June day, Digital Commerce 360 estimates. And that’s without taking into account the added e-commerce dollars garnered by other retailers benefiting from the “halo effect” during those two days. Without this bump, growth in online spending would have been even more muted for the quarter. Last year, Amazon postponed the summer sales event to mid-October, or Q3 2020, because of the pandemic.

Scheduling Prime Day 2021 in June helped the mass merchant, No. 1 in the 2021 Digital Commerce 360 Top 1000, report a higher increase for the second quarter, but Amazon’s growth was still constrained by comparison with booming online sales during the height of the pandemic last year.

The company’s U.S. revenue hit $63.43 billion in Q2, up 24.7% from $50.86 billion last year, Digital Commerce 360 estimates. That’s a sizable slowdown from Amazon’s 40.2% U.S. revenue growth for the same quarter in 2020. Figures include Amazon’s sales from its own products, or first-party inventory, plus the commissions and fees the company receives from its marketplace sellers, Amazon Prime memberships and other subscription services.

That means Amazon-owned sales alone accounted for 30.0% of all U.S. e-commerce in Q2 and were responsible for more than two-thirds of growth in the online sector from April through June.

First half of 2021 performs strongly

Here’s how the retail industry performed through the first half of the year. It’s important to keep in mind that the 2020 comparison is roughly split between pre-pandemic and mid-pandemic spending levels.

Percentage changes may not align exactly with dollar figures due to rounding.

PACK EXPO Las Vegas and Healthcare Packaging EXPO (Sept. 27-29, Las Vegas Convention Center) will reunite the packaging and processing community. With over 1400 exhibitors, no other event in 2021 will bring together a more comprehensive gathering of suppliers offering new products, technologies and solutions. Attendee registration is now open.
Companies in this article

Fill out the form below to request more information about U.S. E-Commerce Sales Rise 9.3% in 2021 Second Quarter
Related Stories 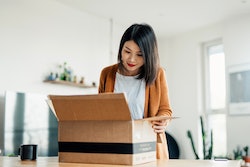 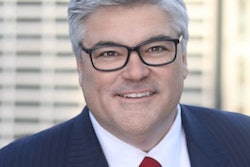 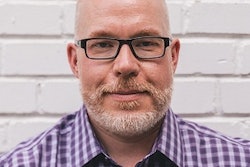 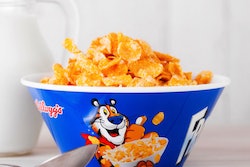