When their old drop packer didn’t do the job, distilled spirits maker Luxco found a case packer with money-saving technology built in.

Saint Louis-based distilled spirits manufacturer and bottler Luxco is one of the leading alcohol suppliers in the United States. The Missouri company receives bulk alcohol and then blends, packages and ships its own lines of bourbon, brandy, vodka, rum, and tequila, as well as a range of flavored cordials and liqueurs.

Recently, as part of a new bottling line to replace its 17-year old system, Luxco sought a packer that would boost speed while offering better and more consistent control of bottles. They opted for a 939 Versatron “Soft Catch” Case Packer, manufactured by Standard-Knapp Inc., Portland, Conn. In addition to increasing speed, the packer significantly reduces bottle breakage

“Our old drop packer just didn’t do the job properly,” notes Chris Wieczorek, plant manager. “The bottles had a tendency to drop through the head too hard, which created too high a level of breakage. This has negative effects on our operations, as we have to stop the line and clean up the breakage.”

Versatron’s Soft Catch technology is specifically designed for high-speed packing of fragile containers. It is said to reduce the shock energy by 80 percent over a conventional drop packer. Reducing shock energy enables the use of thinner gauge bottles resulting in significant savings.

Luxco also found that changeovers, which used to average 20 to 30 minutes, now take only 8 to 10 minutes with the new packer, in part because the 939 Versatron’s change parts are numbered and color coded, making changeovers simpler to perform. Since Luxco packages hundreds of different products, these time savings have a significant impact on productivity and profitability.

Another benefit of the new packer according to Luxco’s maintenance manager Rick Hallquist is that all the maintenance procedures are built into the HMI (human machine interface). “Displaying maintenance on the HMI makes this packer more efficient than most of the plant’s other equipment, because it tells us when it needs to be maintained,” says Hallquist.

Catching eggs for profit
As the name suggests, the 939 Versatron Case Packer is versatile—important for firms like Luxco that pack multiple products.

The machine includes a “laner” at the upstream end, which divides incoming product from a single file line into the appropriate number of lanes for the particular carton; for example a case might be 6 bottles, packed in a 2x3 configuration or 12 bottles, packaged in a 3x4 pattern.

According to Dave Lau, case packer engineering manager for Standard-Knapp, “The case packer works well for firms like Luxco, which package such a wide variety of products and sizes, including 750 milliliter bottles, 1 liter and 1.75 liter bottles, as well as 6 packs and 12 packs. Versatility plus quick changeover is key.”

A two-axis servo system allows the Versatron to actually “catch” the product while it descends into the case. The lift table moves the case to the “up” position and waits for a full grid. When the grid is full, the riding strips shift to the side and initiate the bottle descent. The lift table simultaneously moves the case downward on a velocity curve that ultimately achieves the same speed at the point of contact (the “soft catch”).  “It’s like catching an egg,” says Lau.

Luxco’s Wieczorek summed up his experience with the new machine this way: “An extremely user friendly drop packer that is consistent, simple to use, and straightforward. We installed an entire new line, and this was one of the best pieces of equipment we purchased. It performs exactly the way it was sold to us and is one of the best equipment purchases we’ve made in a long time.”

>> This article was edited by Automation World Contributing Editor Greg Farnum from material supplied by Standard-Knapp. 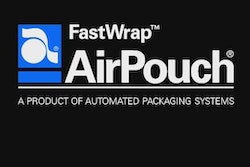 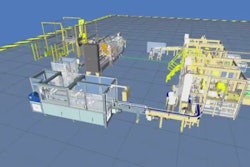 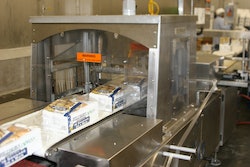 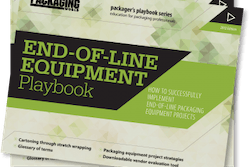