Not with a camcorder, apparently. At least that was the lesson learned at MGS Machine Corp. (www.mgsmachine.com) recently when director of operations Mike Verdon and colleagues began using a Hindsight minE 20/20 high-speed camera system from Monitoring Technology Corp. (www.monitoringtech.com) as a means of reducing lead time on machine delivery.
“We were using a standard VHS camcorder and the naked eye to detect problems with packaging equipment that runs up to 1,500 pieces per minute,” says Verdon. “Sometimes it came down to gathering a group of people around a problem area to play back the video and describe what they thought they saw.”
Verdon doesn’t miss those days. Now during assembly, system debug, and system commissioning, use of the Hindsight camera system is standard operating procedure for the entire range of cartoning, case packing, friction-feeding, and rotary pick-and-place equipment that MGS makes.
“With pieces passing through our machines at speeds up to one every four one-hundredths of a second, there is no other way than a high-speed camera system to truly determine what is going on when a problem occurs. With this new tool, we can take a short-duration video at 1000 frames/second and review it as slow as one frame at a time to see exactly what is going on with the machine and the product passing through it. There are so many dynamics involved in high-speed equipment, I can’t see any other way to successfully problem-solve.”
To keep the new tool mobile enough to be suitable for use in any corner of the plant, MGS modified a commercially available cart to house the system so that it can be moved around. According to Verdon, hardly a day goes by that the camera system is not put to use. It’s even brought out to customer installations.
“When it’s not mounted on its cart, the actual unit itself weighs about 10 or 15 pounds,” says Verdon. “In a hardened protective case it travels fine.”
Combined with other manufacturing improvements made at MGS, use of the new camera system has reduced the time required for assembly and test operations by more than 30% on average in less than a year’s time. According to Verdon, the firm usually looks for payback on such capital investments within 15 months. The ROI in this case, he says, was more like three months.
“In addition, our engineering department is using the system to evaluate prototyping and equipment designs,” he adds. “The Hindsight tool has allowed us to provide a more robust, reliable machine for our customers.” 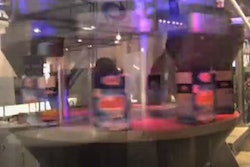 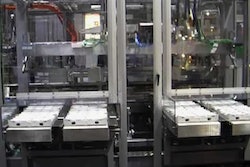 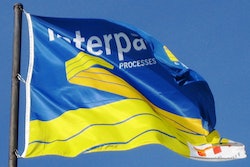