A sampling of samplers to come

Montreal-based PACT company sells to markets around the world more than 3귔 varieties of botanical bath oil products. They're packaged with herbs like lavender and rosemary into decorative glass bottles and jars. 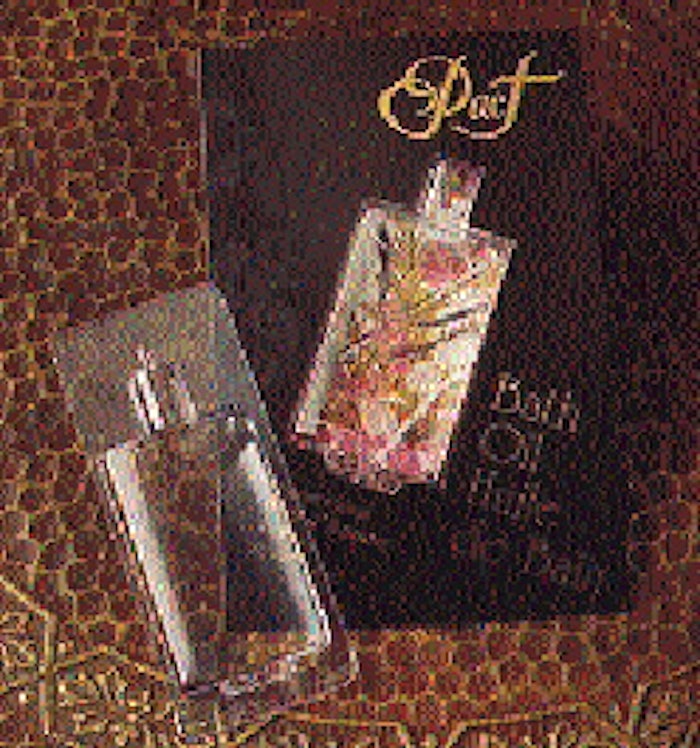 When it came time to create a promotional sampler, the package had to connote the same elegance, and it had to do so simply and inexpensively. PACT's choice of a clear blister pack met these objectives. "We're very packaging oriented," says Dan Naygeborn, president of PACT. "This gives us the opportunity to introduce our sample in the same, beautiful manner that we present our bottles." Fillab (Montreal, Quebec, Canada) supplies the heart of the package, a new type of clear, thermoformed blister pack, known as a "three-dimensional blister." It consists of two thermoformed halves, as opposed to a thermoform with a foil or film lid. Said to be the first of its kind in North America, these packages are produced on a vertical form/ fill/seal machine from Unifill (Milan, Italy). First, two 13"-wide identical webs feed into the Unifill System from above. Both webs, from Lamp Prospero (Modena, Italy), are extrusion laminations of polyvinyl chloride outside and poly-vinylidene chloride. The webs index through three stations: preheating, where webs are aligned and softened; preforming, where the forming area is identified seven across, while the two webs are heat-sealed except for a fill opening; and finally the forming station where air is blown inside the package to create the formed shape inside the molds. At another station, each of the seven blisters are filled through the formed neck, then heat sealed and die-cut into individual units that are discharged from the machine. Later, they're manually inserted into paperboard foldover cards. Cards, supplied by Colorama Graphics (St. Laurent, Quebec, Canada), consist of 15-pt SBS laminated to gold foil. Inside, four-color offset printing features a sketch of wild flowers designed to replicate the feel of the original packages. Outside, both black metallic high-gloss and matte inks are printed with a spot varnish.