The handful of firms that supply retort pouches for the Department of Defense's MRE (Meals-Ready-to-Eat) program are now permitted to produce them on thermo-form/fill/seal equipment.

Previously the only approved method was the use of preformed pouches. But about five years ago the DOD authorized the Center for Advanced Food Technologies at Rutgers University to execute the Combat Rations Advanced Manufacturing Technology Demonstration. In demilitarized English, that means DOD asked the folks at Rutgers to identify a faster way to produce retort pouches so that if another Desert Storm or some other "surge situation" erupts, MREs can be produced as quickly as possible. Last December, DOD approved the integrity of pouches made on tf/f/s systems. Both lidding material and forming web must include foil for barrier. Since foil is better cold-formed than thermoformed, the forming station in the tf/f/s equipment must be made a cold-forming one. The approval by DOD means firms supplying retort pouches for the MRE program can now use premade pouches or produce from rollstock using plug assist and vacuum to form the bottom cavity. One food packer anxious to produce pouches from rollstock is Land o' Frost, Lansing, IL, where Bud Strassheim says it's about time the spec was changed. "A lot of the newer items are placeables, like chicken breast or lasagna," he points out. "Form/fill/seal is a much better way of loading such products than trying to get them into a preformed pouch." For more on foil-containing retort pouches produced on hf/f/s systems, see p. 24 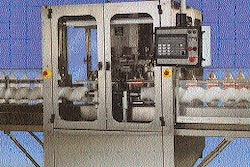 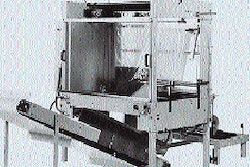 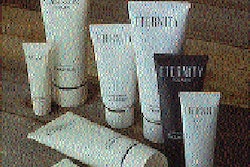