Pittsburgh, PA-based SmithKline Beecham hopes to reestablish its once prominent Contac brand with a major redesign, the first since the cough and cold remedy's introduction 33 years ago. 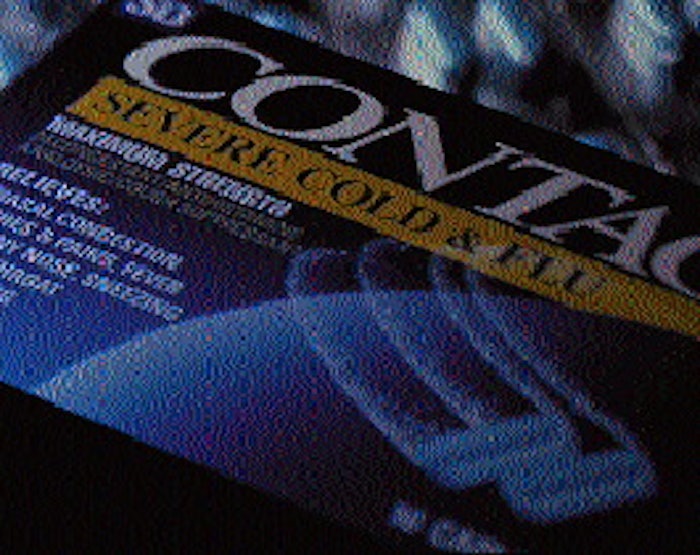 "With over thirty competing products introduced annually in the past few years, Contac's taken a considerable beating, as people are drawn to the latest new thing," says Mike Amburgey, senior brand equity manager at SmithKline Beecham. "We're trying to differentiate ourselves from both branded and private label competition." Graphic design changes to the outer carton were handled by Wallace Church Assoc. (New York, NY). The changes include a slight modernization of the trademarked Contac logo, which is repeated on the lidstock of the blister pack inside the carton. A globe, against an eye-catching blue background, replaces the traditional clock for an updated reference to Contac's time release formula. The cartons are produced by a variety of printers. A phased-in launch of Contac in the new package began nationally at press time.