What's new and what might be in the food realm

It’s not a bad time to look ahead to 2009 on several fronts.

President-elect Obama will no doubt be thinking of a long list of topics in coming weeks and months, and food policy is likely to be among them. Recent months have seen the emergence of “food security,” in the sense of more Americans at risk of not getting enough to eat due to food and energy price spikes, as a counterpart to “food security” in the sense of the safety of our food.

Also, with the new Obama administration and larger Democratic majorities in the House and Senate, we might see more momentum behind the Safe Food Act, the bill that would create a single federal food-safety agency, swiping the food safety powers from FDA, USDA, and a handful of other federal agencies that have it now. The recent pressures from high profile scandals involving contaminated foods from China in particular don’t seem to be fading. Talk about climate change! The political climate might be readier than ever for consideration of this perennial suggestion.

What follows is a roundup of some other likely hot-buttons in the food policy realm.

• Reportable food registry: Later for that—Remember how Congress told FDA that food companies who recall food would have to report it to FDA in some situations, starting in September 2008? Well, if you have wondered why you haven’t heard more about the program, it may be because it’s been put off until mid-next year. In May, FDA said the program won’t start until sometime in Spring 2009. So you need not sweat it right now but it wouldn’t hurt to plan ahead for when the requirement does kick in.

In September 2007, as part of the Food and Drug Administration Amendments Act, FDA was required to create a Reportable Food Registry to create “a reliable mechanism to track patterns of adulteration in food” and help FDA better target its inspection resources, said FDA. Also, under the new law, a “responsible party” (such as the entity who owns, operates, or is the agent in charge of a registered food facility, domestic or foreign) has to submit a report to the Registry as soon as possible and no later than 24 hours after the party determines an article of food is a reportable food, ie, might be dangerous. “Reportable food” is any food that has a reasonable likelihood of causing serious adverse health effects or death to humans or animals that use or expose themselves to such food.

The new law has real teeth, since it creates new prohibited acts under the Federal Food, Drug and Cosmetic Act. FDA can seek an injunction against or criminally prosecute a responsible party who fails to submit a report or fails to provide notification as required.

One final thought on reportable food. It’s probably no accident that all that publicity about your potentially dangerous food product will likely have the effect of adding to the pressure on you to recall the product. As noted in this space in www.packworld.com/article-24168, unless and until FDA gets explicit power to order food recalls (maybe via the Safe Food Act mentioned above), this Reportable Food Registry might come awful darn close to having the same effect.

• BPA just won’t go away—The FDA was criticized in late October by a committee of scientists for what the committee called the agency’s alleged failure to adequately assess the risks of BPA (bisphenol A).

That’s gotta hurt, because the committee was asked to evaluate FDA’s approach to BPA by FDA itself.

The committee of scientists said FDA did not adequately provide “reasonable and appropriate scientific support’’ for its finding that BPA was not dangerous in its current uses. The advisory panel commented on “how poorly the agency has handled its review of BPA and the significant work that lies ahead in improving the agency’s performance,” and said FDA “inadequately” considered the data collected in independent studies that found BPA unsafe. Consumer groups and lawmakers similarly said FDA relied too heavily on industry-funded research.

However, FDA says it “considered, but rejected for various reasons, a number of potentially relevant studies,” and points to the fact that “the present consensus among regulatory agencies in the United States, Canada, Europe, and Japan is that current levels of exposure to BPA through food packaging do not pose an immediate health risk to the general population, including infants and babies.” (The Canadian government’s recent restrictions on the use of BPA were taken, says FDA, out of an “abundance of caution,” not because the current exposure levels exceed levels that could cause health effects.)

Still, the agency wasn’t squawking too hard, as it also said it had already begun additional research into BPA’s safety.

BPA is used to strengthen products made of two types of polymers regulated by FDA. The products include food-processing equipment such as popcorn makers, reusable plastic food containers, baby food cans, and water and infant bottles, many for repeated contact with food.

BPA has been linked to a variety of health problems. The biggest debates have been over the health effects in people, especially babies and toddlers, after low levels of exposure.

• Will front-of-pack make nutrition front-of-mind?—The familiar Nutrition Facts panel on the side or back of packaged food labels, required by law since the early 1990’s, provides a wealth of nutrition information to consumers.

And yet, it still isn’t as useful as it might be to today’s consumers as a tool for guiding them to healthful foods.

A coalition of food and beverage companies, nutrition experts, and consumer advocacy groups recently launched a new voluntary label symbol program for the front of the consumer package to help consumers decipher the code.

The Smart Choices Program™ was announced this fall at the American Dietetic Association’s Food and Nutrition Conference and Expo. The new voluntary program hopes to eventually replace the dozens of existing (and standardless) labels www.packworld.com/news-24021. Foods and beverages in the Smart Choices Program will feature a bright green check mark symbol along with large-type facts about the number of calories per serving and the number of servings in the container, on the front of the package, starting in mid-2009.

The symbol will only be allowed on a food that meets specified benchmarks, such as that it has less than 60 milligrams of cholesterol per serving.

How does this industry program relate to legal developments? Well, in a reverse sense: If there is broad use of a voluntary program to standardize helpful label information, and if it’s effective, that could be a recipe for staving off FDA regulatory actions to require changes to the food label.

• Special thanks to three law students at Chicago Kent College of Law who helped research and write this column: Randy Micheletti, Victoria Mullins, and Uju Okechukwu. 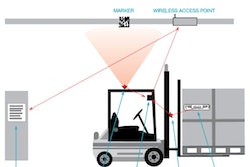 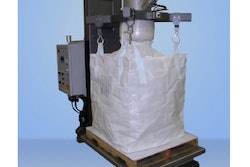 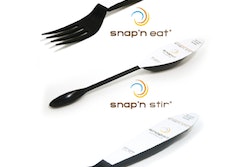 Machine produces package/utensil in one